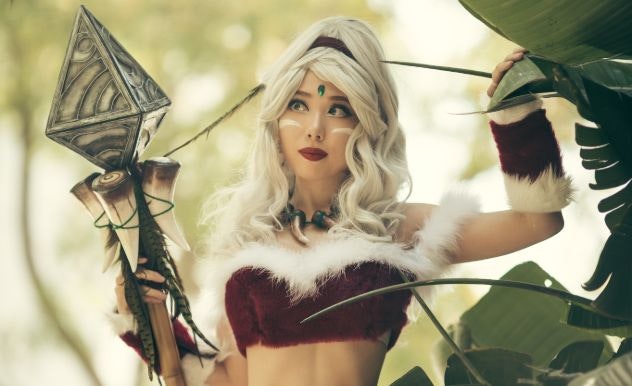 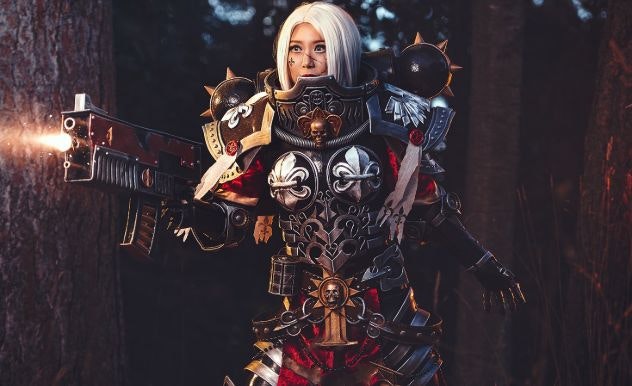 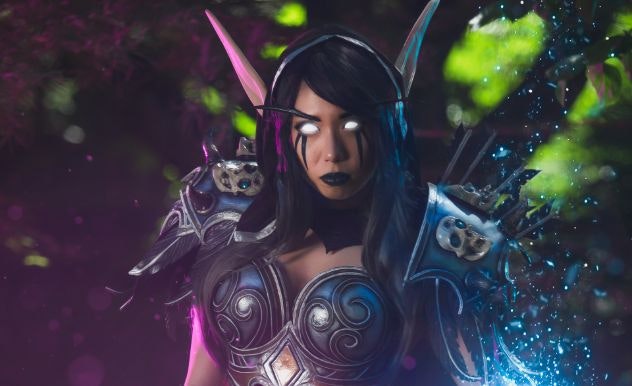 Welcome to Cosplayer of the Month, where we feature an incredible cosplayer from our community of fans and learn about who they are beneath the surface and, ahem, WORBLA. This month, we have Jeni Lee Cosplay!

I am based in Victoria, BC, Canada. I frequently attend conventions in Victoria and Vancouver.

My first cosplay was Nidalee from League of Legends. At the time of creating it, I hardly had any skills in costume making. With the minimal knowledge I had, I decided to work on a costume that I thought I could challenge. Hot glue quickly became my best friend as the entire costume was held together with it along with some hand sewing. Surprisingly, it seemed to have turned out okay as I debuted it at a local gaming tournament and the rough handiwork wasn't questioned.

My proudest piece is my Sisters of Battle costume. Using my leisure time, it took about six months to finish and really pushed me to use what I know about armour, fabric, and prop making. During that project, I learned how to build fog machines, and program LEDs to function in different ways. I was able to take her with me to compete in the Western Championships of Cosplay and won an award in the Armour category. I never thought this was something I'd get to experience but because of Sisters of Battle, I'm happy to have had the opportunity.

Cosplay has always been an integral part of my life. It's been a way for me to wind down and get relief from stress. Since it is something I genuinely love and enjoy doing, I hope that cosplaying continues to be one of my hobbies for many years to come. Within cosplay, I'd like to attend more conventions to meet other creative minds, compete in costume contests, and continue to display my work on social media platforms.

As cliche as it sounds, one piece of advice I would give to new cosplayers is to always remember to just have fun. Once you become more devoted to cosplay and involved in the community, it's extremely easy to fall into the pressure of "keeping up." Whether it be continuously posting on social media to keep people interested, trying to rush a costume to follow a fleeting trend, or using convention dates as big project deadlines, these pressures can build up extreme anxiety in people. If you are ever feeling too burnt out, take a step back and remember the bigger picture - cosplay is meant to be fun!

Perhaps other introverts can relate to this: I would say the hardest part of cosplaying is putting yourself out there. When starting out, I did not know what to expect, and what was to be expected by others. The feelings of uncertainty would get in the way of being able to show up to events dressed up in character. It isn't until I ran into a few local cosplayers (who convinced me to attend my first convention) that I realized there were so many kind and creative individuals who were interested in the same kinds of things.

To anyone that may be hesitant in diving publicly into cosplay for the first time, I can assure you that you will be in an environment full of like-minded people. It can help give you the opportunity to grow a social circle and be a part of a welcoming community. For some, it may be hard to get out there, but when you do, you will be glad you did.