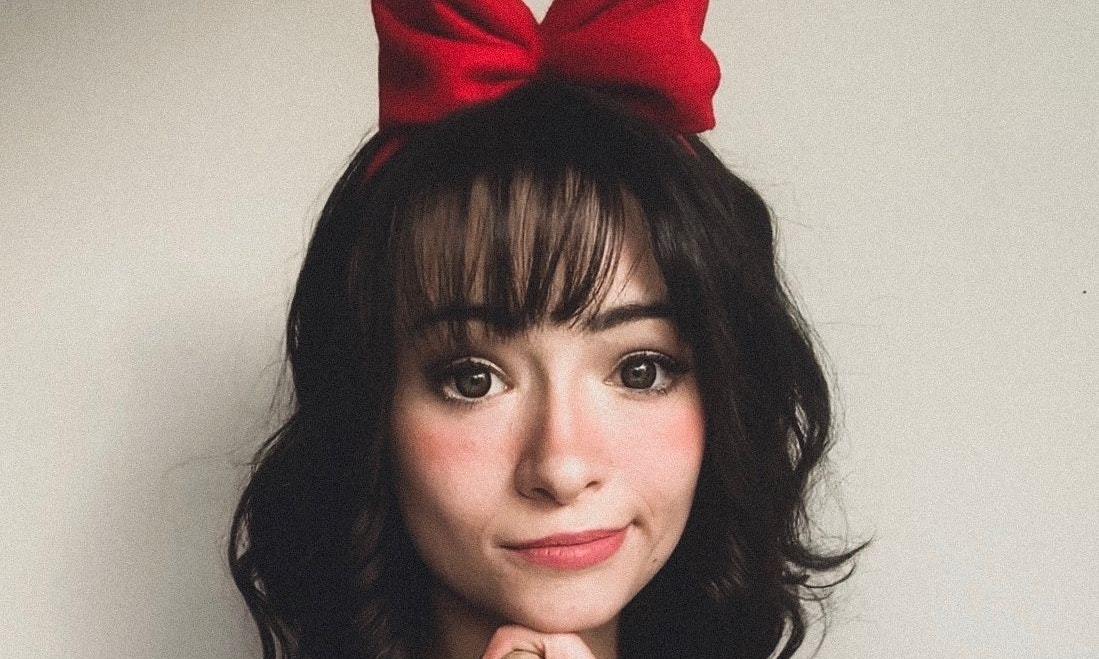 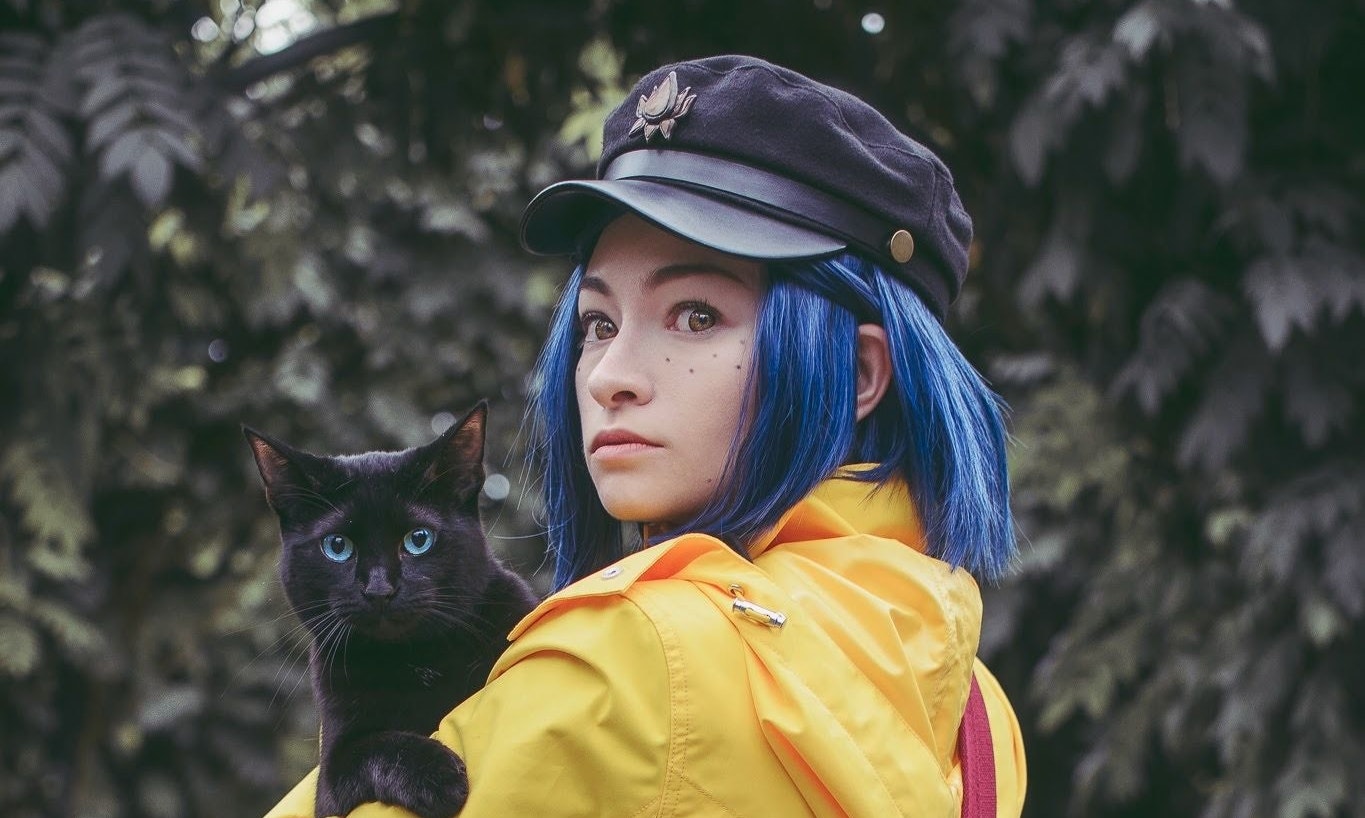 COSPLAYER OF THE MONTH: AUGUST

This time around with the wondrous cosplayer Jodelle Ferland Cosplay, we learn about what they want to achieve through cosplay.

What city are you based in?
Born on Vancouver Island, but I am living in Vancouver now.

How did you get into cosplay initially?
I've loved dressing up for Halloween since I was a kid so I just decided to dress up during the rest of the
year too! In my early-mid teens, I started putting more effort into my Halloween costumes but half the
time nobody recognized who I was dressed up as. It wasn't until FAN EXPO in 2014 that I cosplayed at a
convention for the first time. I was dressed as Luna Lovegood from Harry Potter. Initially, I made my
Luna cosplay for Halloween two years prior but I had put so much work into it that I wanted to show it
off properly. Being surrounded by people who recognized and appreciated my cosplay was such a
rewarding experience. Ever since then I've been cosplaying and attending cons whenever I have the
chance.

Do you have a cosplay piece that you are most proud of?
That's a tough one! I think I'm most proud of the pieces I made before I really knew what I was doing, or
had the right tools because I had to work harder to make them look accurate. I once made a [Scott
Pilgrim vs The World] Ramona Flowers hammer out of a cardboard box, dollar store paint, and a broom
handle which turned out surprisingly well!
Recently, I made a Veronica Sawyer cosplay (from Heathers the Musical) and I made most of the outfit
myself. It looks pretty simple as far as cosplay goes but I had to make a pleated skirt which I've never
done before and I completely altered and dyed a thrift store jacket. I made my own buttons as well.
Making clothes from scratch is a bit out of my comfort zone so that was a huge accomplishment for me.

What do you hope to achieve through cosplay?
I just want to bring a little joy into the world through cosplay. When I'm at a convention and somebody's
face lights up as they call out the name of the character I'm cosplaying, it makes my day. Of course, I do
it for myself too, because cosplay has always just made me really happy. I love the whole process of
making or finding each piece and it's such an amazing feeling when I finish a cosplay, look in the mirror,
and one of my favourite characters is looking back at me! I hope some people look at my cosplays and
are inspired to start cosplaying too because I want other people to experience that same feeling. It's
incredible what cosplay can do for your self-confidence. When I cosplay a character I look up to, a
character who is strong and confident, I can't help but feel that way too.
I also find that cosplay helps me relate to people, both in-person and online. I'm an actor, and I feel like
people tend to forget that we're just regular people with our own interests and hobbies. Cosplaying
helps people see that I'm a human and I geek out over my favourite books and TV shows just like
everyone else.

Is there a cosplayer that you look up to or inspires you?
I wouldn't say that there's just one cosplayer in particular that I look up to but there are a few who have
inspired me at some point in my cosplay journey. One day I was scrolling through TikTok and saw a
cosplayer (@KookyHippie) who looked EXACTLY like Nathan from Misfits lip-syncing to an audio clip
from the show. I was so blown away by the accuracy of the cosplay. I hadn't planned on doing cosplay
videos on TikTok but I was so excited to see some Misfits content that I threw together a quick Kelly
cosplay with an orange button-up shirt from the thrift store and made some videos alongside his.
French_Friar Cosplays (@French_Friar) is also one of the first cosplayers I followed on TikTok and she
can turn herself into any My Hero Academia character and somehow look completely canon every time.
I could go on and on listing all the cosplayers who have inspired me in some way but it's a very long list!
If you're reading this and we follow each other on social media, you're one of them, so thank you!

If you could give any piece of advice to new cosplayers, what would it be?
Cosplay is for YOU! If you do what makes you happy, people will notice and appreciate that. The whole
point of cosplay is that you can be whoever you want to be. It doesn't matter if it's not a super well-
known character, or your outfit isn't exactly accurate or you think you don't have the right body type to
pull off a certain cosplay. If it makes you happy, mission accomplished! Comparing yourself to others is
never helpful. Everyone must start somewhere and cosplay is for every skill level, size, skin colour, and
gender. Also, YouTube is your friend and so is the thrift store. Get creative and start cosplaying!

What would you say is the hardest part of cosplaying?
I think every cosplayer would answer that differently but for me, I struggle with wanting to accomplish
more than I'm capable of. I have too many ideas, not enough time, and cosplay outfits I never got
around to finishing. Sometimes, it helps to push yourself because you might realize you're capable of
more than you thought. But I think a lot of cosplayers are familiar with the feeling of staying up late the
night before a con frantically trying to finish the cosplay you plan to wear in the morning. You think to
yourself "WHY did I think I could finish this by tomorrow!?" but somehow you get it done. We put
ourselves through a lot of unnecessary stress but it's worth it in the end.