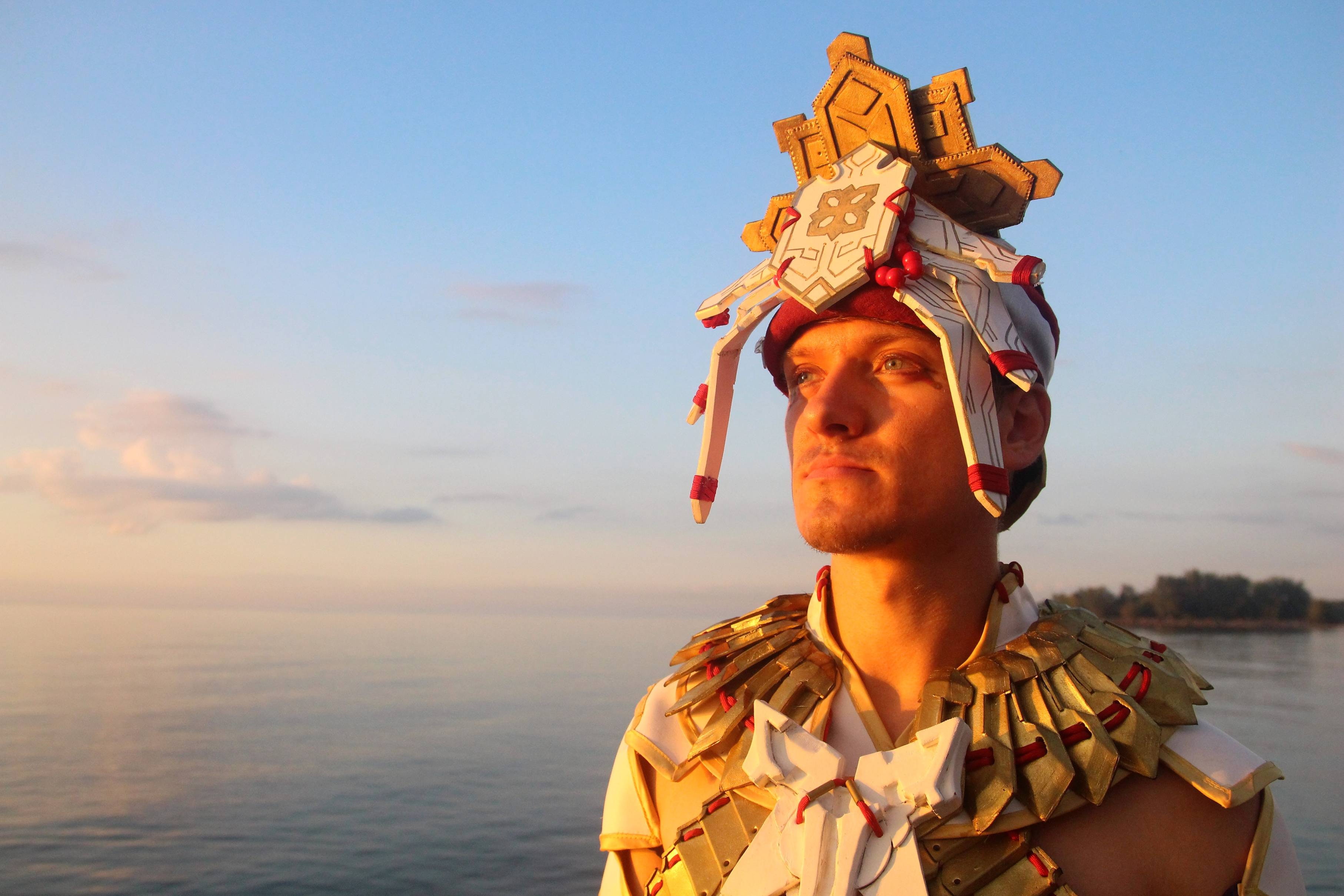 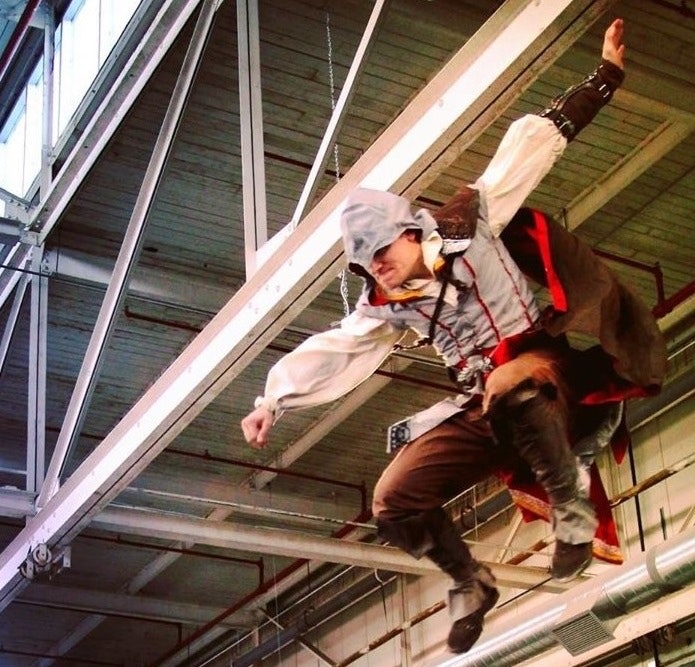 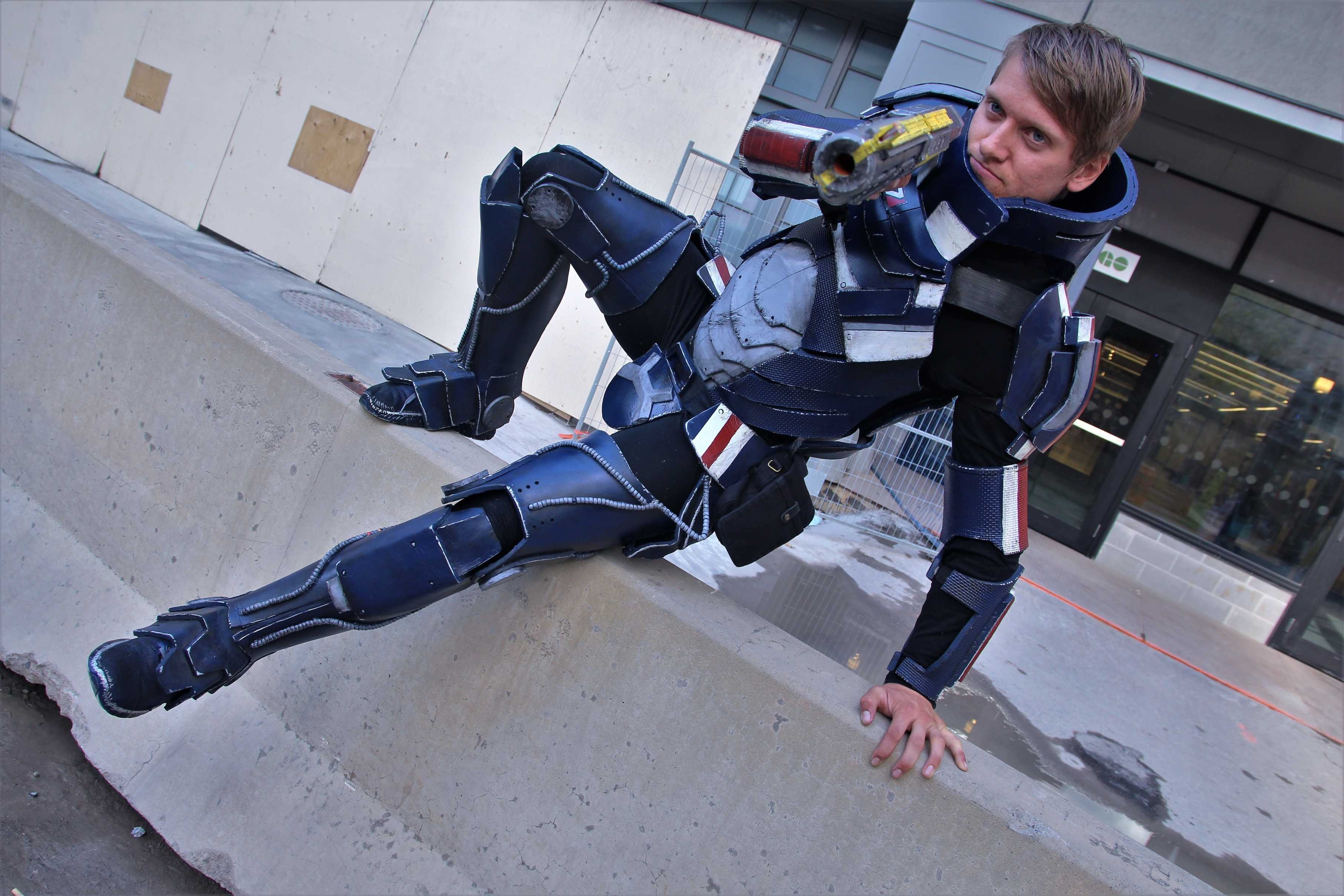 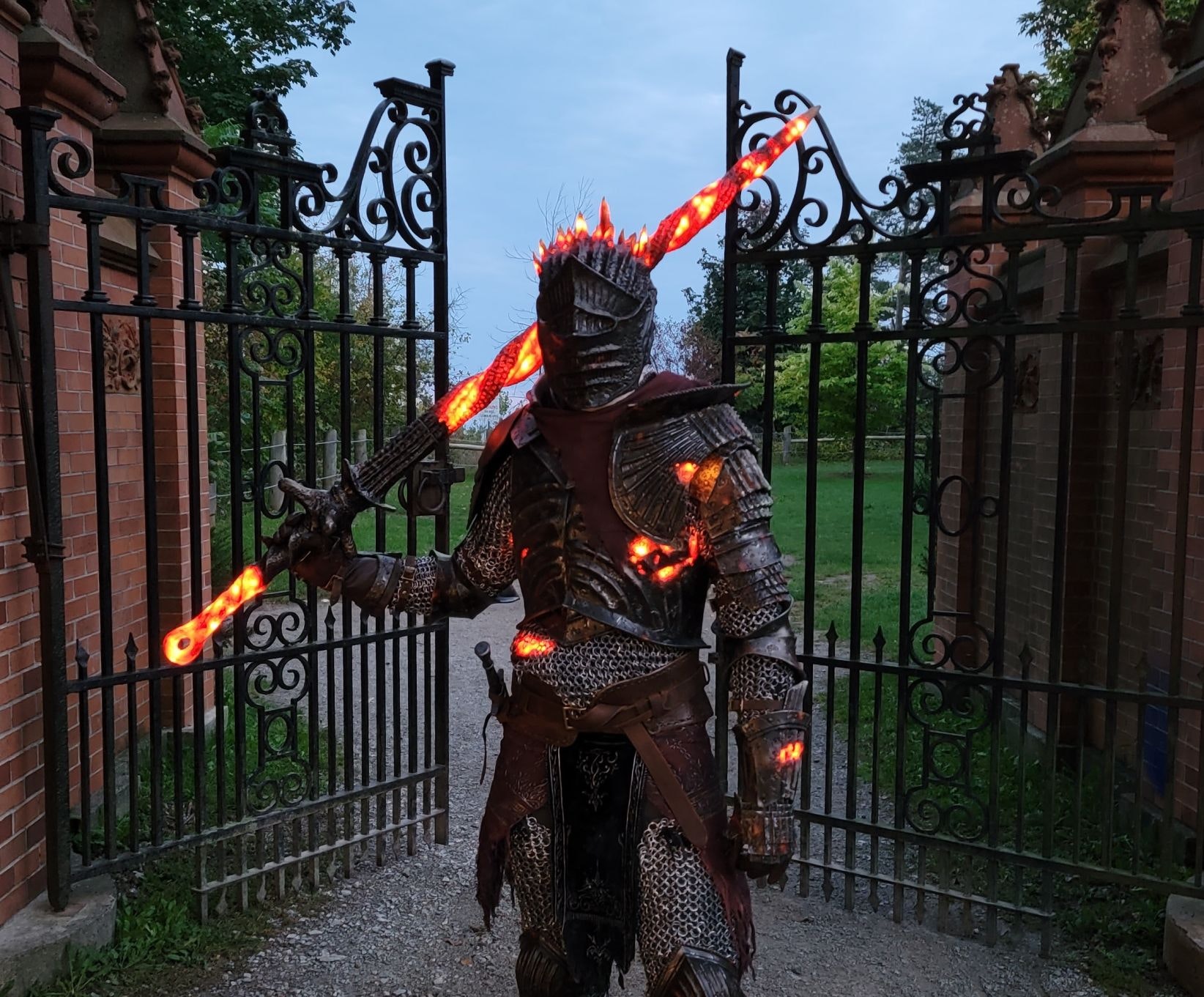 1. What city are you based in?

I am based in Toronto!

2. Tell us a bit about yourself!

I love creating! Whether it be leatherworking, woodworking, foamsmithing, blacksmithing or sewing. I also practice Parkour and tricking when I'm not making things. Professionally, I am a Registered Massage Therapist which gives me an interesting insight into mobility and flexibility regarding costume creation.

3. How did you get into cosplay?

I learned to sew at a basic level when I was 15 or 16, as I was wanting to make my own Halloween costumes. Many years later I was obsessed with Ezio From Assassin's Creed 2. At the same time my partner was playing through the Mass Effect series. I became fixated on the idea of being able to bring those designs into real life. That was my first foray into EVA foam crafting and a rather lofty sewing project. Going to FAN EXPO that year in 2016 was such an incredible experience. The community of sharing and appreciation hooked me in and I've never looked back.

4. Do you have a cosplay piece that you are most proud of?

I would definitely say the Firelink Greatsword I made for Soul of Cinder. It’s the single hardest challenge I've taken on in any build. The amount of electronics and components that needed to be built into a fairly small space was a huge design challenge which I am super proud of myself for accomplishing!

5. Your Dark Souls cosplay was amazing! How did that come about?

I had hit a bit of a creative rut in my cosplay and crafting. I love the aesthetics of the Dark Souls games and I wanted to take on a BIG project. The idea to do Soul of Cinder was a way to expand on some of the skills I already knew but also push myself to learn a whole new set of skills (none of which I was at all comfortable with). So over the course of 1.5-2 years I broke all the components of the costume down and picked through it piece by piece and problem by problem. Lots and lots of problems! But we learn more from failure than success and that was especially true with this project.

6. What was it like winning Best in Show at FAN EXPO Canada: LIMITED EDITION?

It was absolutely one of the highlights of my five years of Cosplaying. I can't express enough the gratitude I have for everyone I met. To have my work supported and to support the hard work of others is inspiring. I couldn't have asked for a better reintroduction to Con-life and FAN EXPO.