WHAT'S NEXT FOR ANIME

We’re now more than half-way through 2022, a year that has seen many great anime released already. However, there’s still a lot more to come soon, from long-awaited releases like The Devil is a Part-Timer! Season 2 in July to My Hero Academia Season 6 coming this Fall. Here’s our preview for What’s Next with anime in 2022, as well as some shows that you can watch NOW.

THE DEVIL IS A PART-TIMER! SEASON 2 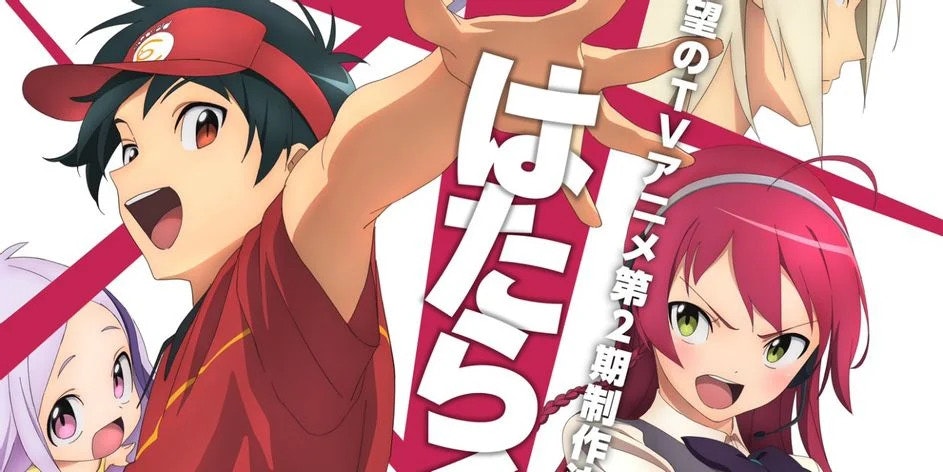 When season one of The Devil is a Part-Timer! released all the way back in 2013, the show was admittedly a bit of a sleeper hit. But as the "isekai" genre grew over the years, appreciation for this show grew, too, as it seemed to pre-empt the tropes that now define shows like it.

This Anime is about Satan, a would-be world conqueror in a fantasy world, being transported to Japan in the modern day. Then, he promptly gets a part-time job at NOT McDonalds and hilarity/chaos ensue. Between him and the other rather interesting characters that appear (no spoilers on who), it's a fun watch that never fails to entertain.

MADE IN ABYSS SEASON 2 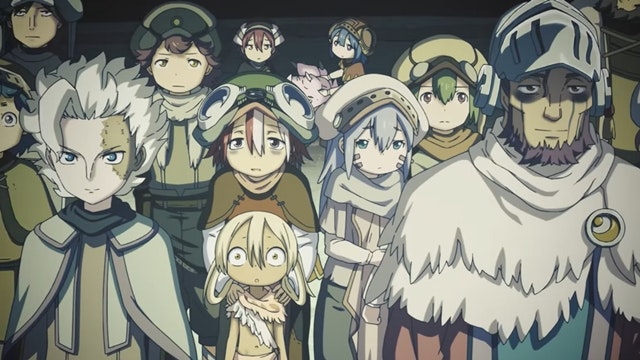 Just like The Devil is a Part-Timer!, Made in Abyss is finally getting a second season. Coming five years after the first season and two years after the movie, this Anime is centred around a girl named Riko. The town that she lives in has a hole that goes straight down to a place called the Abyss. Her adventures in the Abyss are is covered by the anime. There, she not only sees the many sights that the Abyss has to offer, but meets many new people.

If you love fantasy anime with a cutesy art style but a somewhat more serious tone, then this is the show for you. Go watch season 1 now! 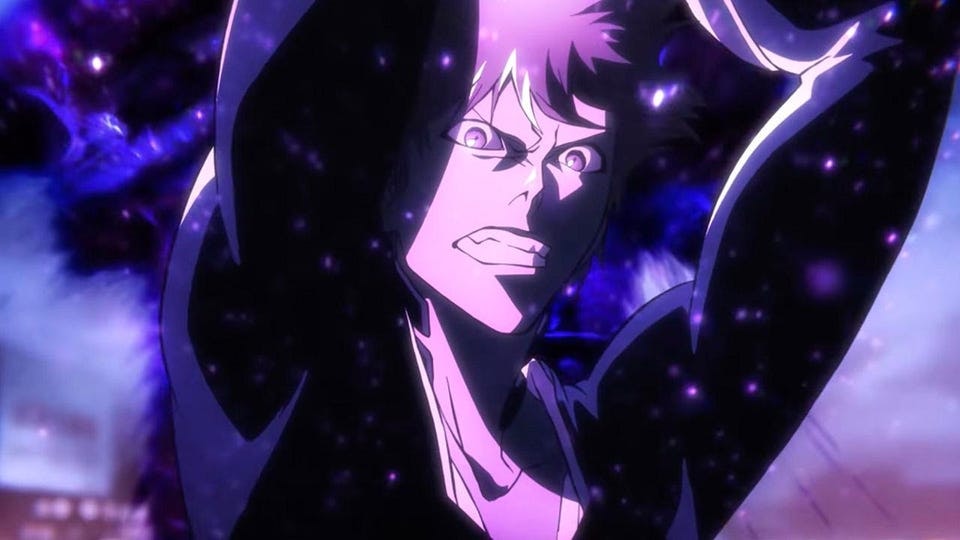 If you haven’t noticed already, there’s a theme in this article of older anime shows getting new life with a brand-new season. The same still goes for Bleach: Thousand-Year Blood War Arc, which will continue where the anime left things off back in 2014. This brings things back to Ichigo Kurosaki, in what could be the finale to this beloved anime.

With several months left until its release, there’s no time like the present to start and get caught up with Bleach. 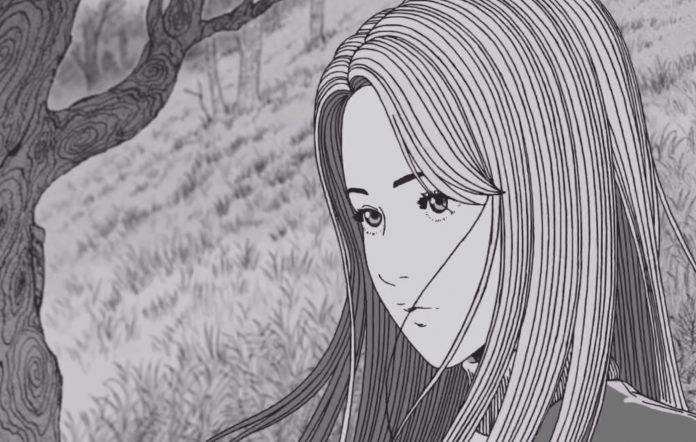 Uzumaki is the long-awaited anime adaptation of the legendary horror manga by Junji Ito, being brought to us as a co-production between Adult Swim (yes, that Adult Swim) and Production I.G. We won’t spoil anything with a summary- either you go in blind OR you get the manga. It’s truly a sight to behold, from its visuals to the story.

You should check out Junji Ito’s other works, too, because they're all great in their own way. Just be ready to maybe be haunted by some of the imagery you see. 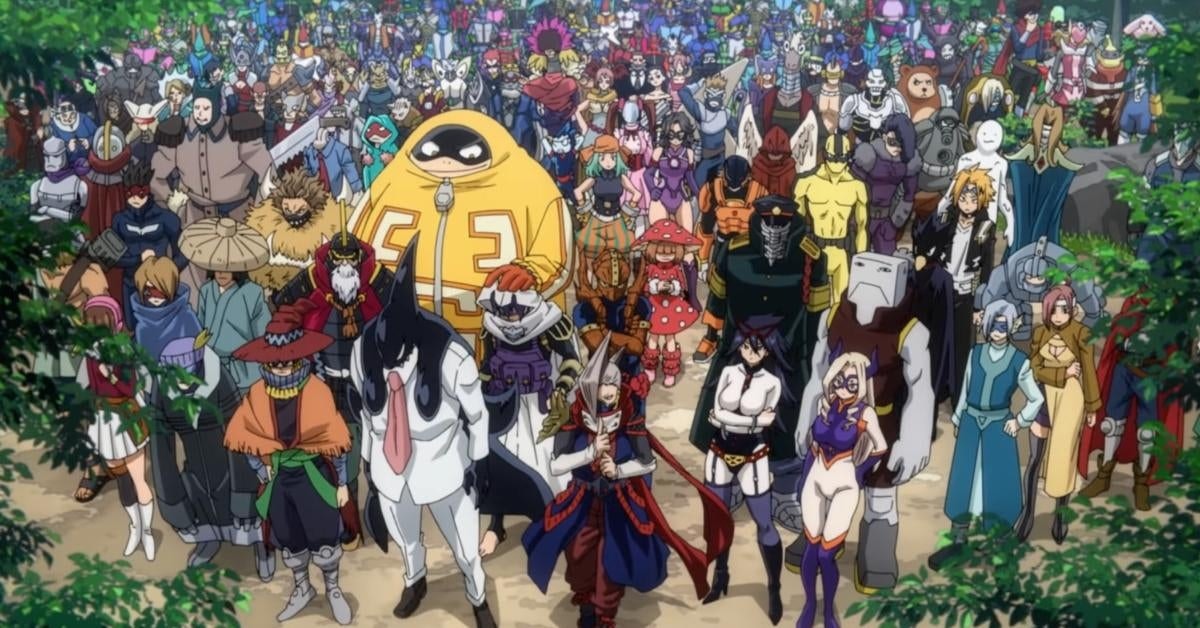 The sixth season of the popular Shonen anime My Hero Academia debuts this Fall, with an exact release date to come later this year. To put it simply, this season will cover the much-anticipated Paranormal Liberation War arc, wherein the heroes (including Class 1-A) taken on the villains in an all-out conflict.

This will more than likely mean that the action will get even crazier, which is saying something given the amazing fight scenes we’ve had ever since the first season. In any case, get ready for the HYPE. 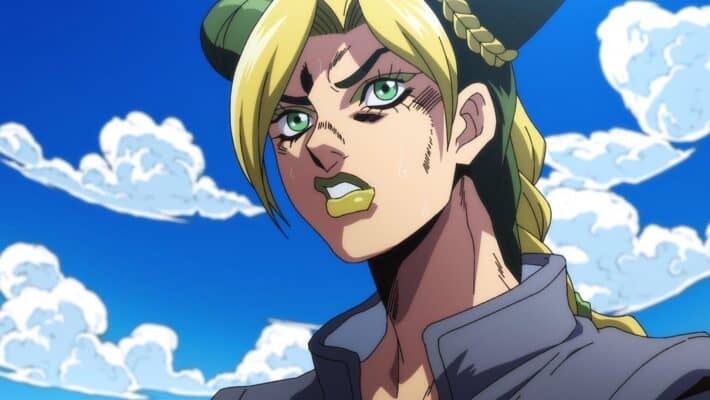 Who DOESN’T know about JoJo’s Bizarre Adventure at this point? One of the staples of the anime and manga community, you have undoubtedly heard of this fandom through the memes that have so thoroughly woven themselves into internet culture (i.e., the quotes, the poses, EVERYTHING). That said, the actual show itself is really something to behold, so you should check it out if you haven’t already!

This release is Part 2 of Stone Ocean, the sixth part of the manga, with Jolyne Cujoh as the protagonist. Having been wrongfully imprisoned, Jolyne must find her way out of prison, all the while navigating the use of her newly-discovered power. Just like the first part, this is looking to be yet another great addition to famous franchise.

...AND WHAT YOU CAN WATCH NOW

If you can’t wait for the aforementioned anime to release, why not check out these ones that are already out? We’ll keep it short and simple- just a list of names with a short blurb and the platforms you can watch them on. All you need to know is that these shows are all great, each for their own varying reasons. From the hype of Attack on Titan Season 4 Part 2 to the vibes of Ya Boy Kongming!, there’s lots of shows to keep you busy while you wait. 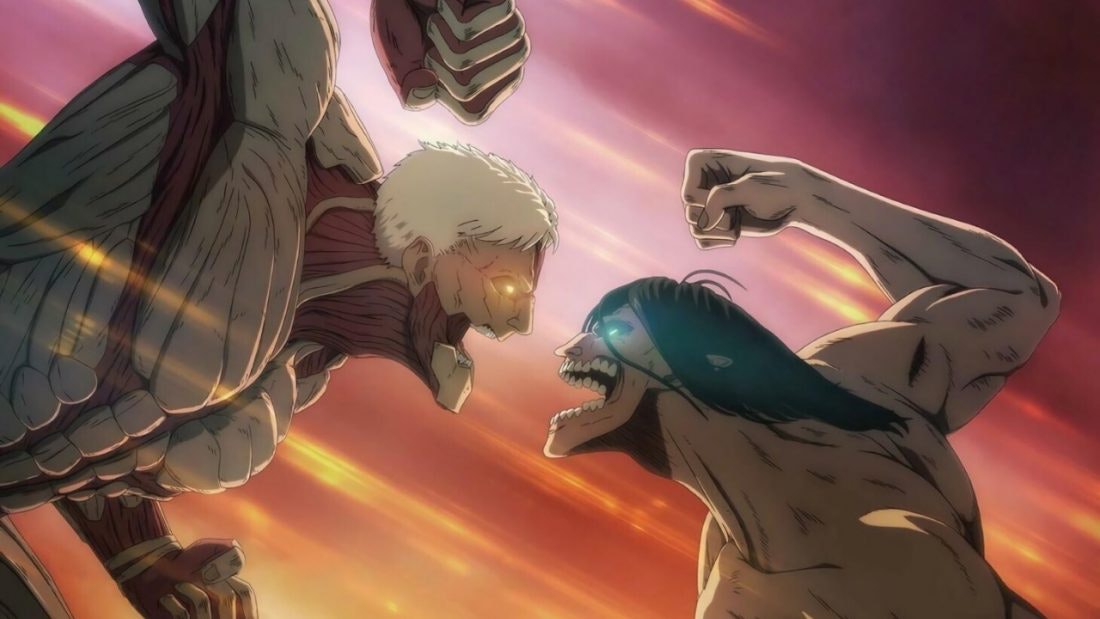 Attack. On. Titan. What else is there to say?

In all seriousness, if you're looking for an action-packed, story-driven anime and SOMEHOW haven't seen this anime yet, this is the one for you. The final part of this anime is coming out in 2023, so there's a ton of time left to start and get fully caught up. 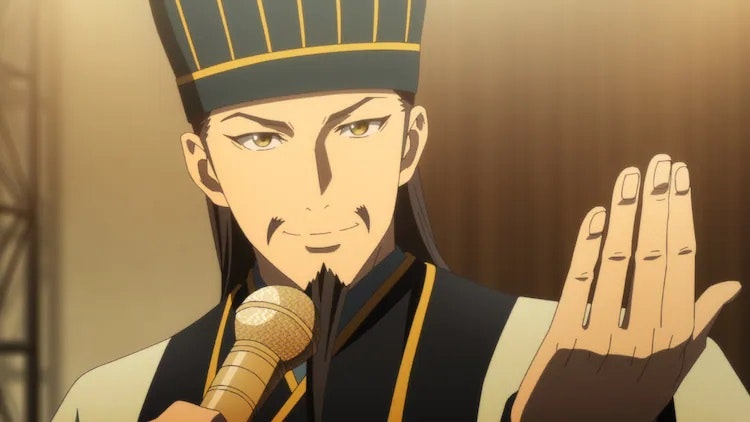 Okay, before you scroll past, give this anime a chance. It's honestly a lot of fun despite the ridiculous premise of historical Chinese figure Zhuge Liang Kongming being transported to modern-day Japan. Just trust us on this, you'll thank us later. 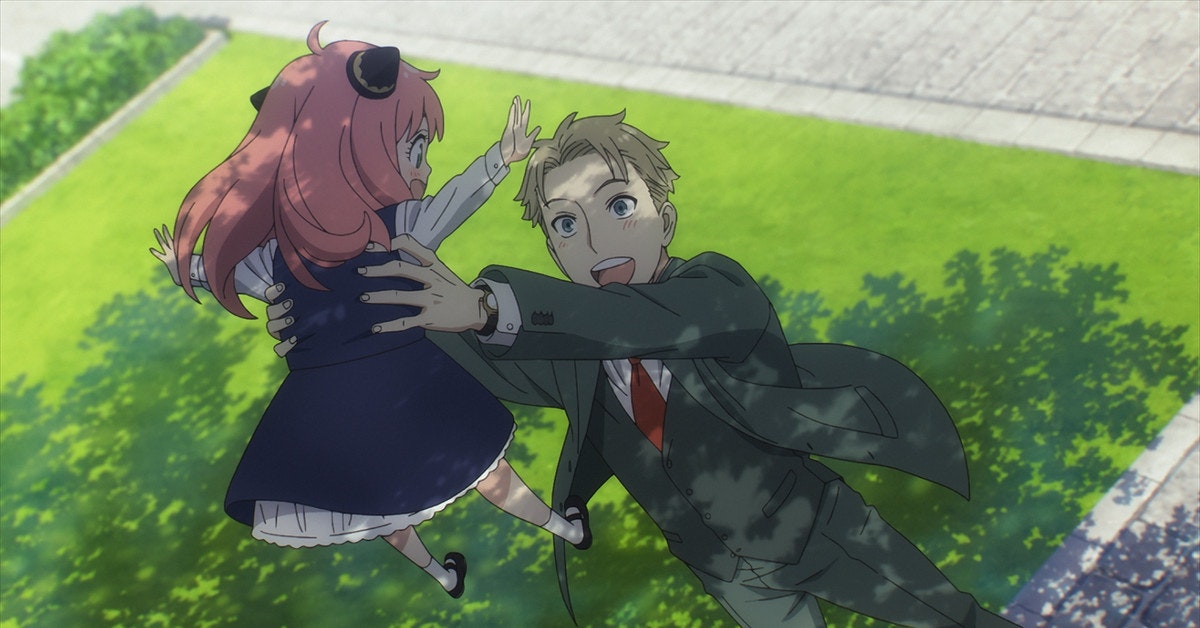 One of the most anticipated releases of the Spring anime season, Spy x Family is so far living up to the hype and beyond. Centred around the story of a spy and his very literally found family, this show is never a dull moment in all the best ways. Plus, who can say no to seeing all the funny expressions Anya makes? Heh. 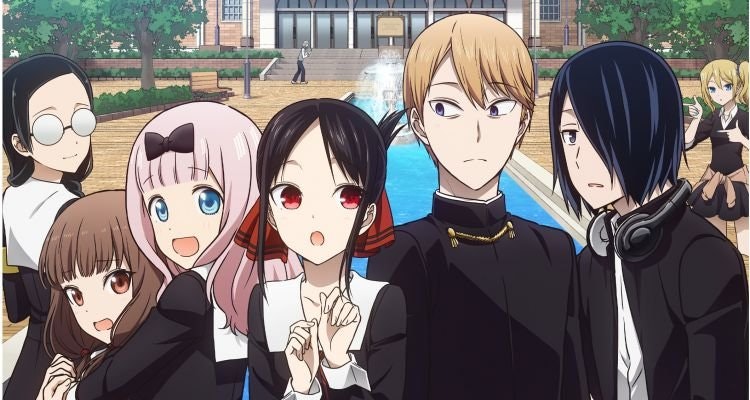 Kaguya-Sama: Love is War continues to be strong with its latest season, bringing all the drama, laughs, and more that you can expect from this high school rom-com. While we're all for recommending it for your watchlist, please do consider watching BOTH the dub and sub versions of it; they're both amazing in their own ways that shouldn't be missed.

ASCENDANCE OF A BOOKWORM SEASON 3 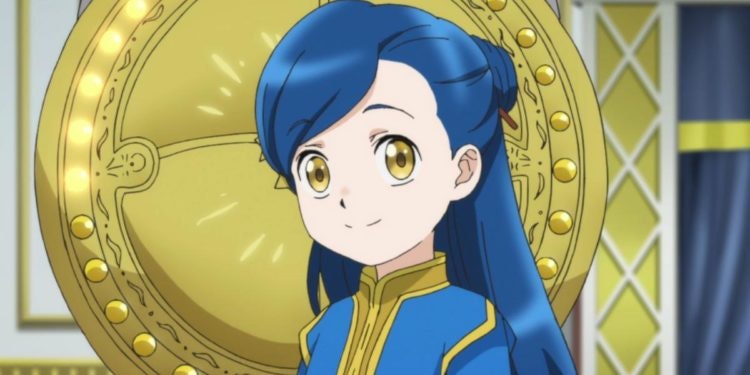 Okay, okay, it's an isekai show, but Ascendance of a Bookworm is honestly one of the best in the subgenre. While it hasn't got the laughs or antics of the aforementioned The Devil is a Part-Timer!, it nevertheless stands on its own thanks to its protagonist's sheer determination in getting the one thing she wants in the world- books. Watch as her actions transform the world around her (like how she introduces shampoo to a medieval-ish society), all while she herself is transformed by her brand new environment. 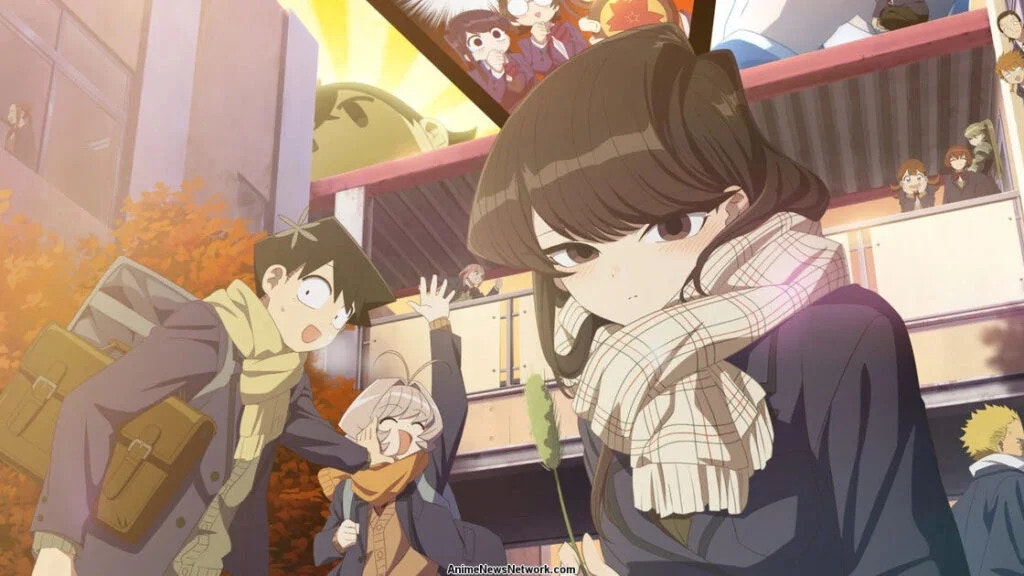 Oh, sorry. Here's what we'll say about this show- it's a fairly wholesome and funny high school anime centred around a girl (Komi) who isn't the best at communicating (ROLL CREDITS). While there isn't much action or drama like some of the other anime on this list, it's still a great addition to any watchlist. Plus, it's on Netflix!