It's been TEN YEARS since the release of Sly Cooper: Thieves in Time (release date: February 5, 2013). The series is fantastic and devastatingly unknown. Take a Deep Dive with us into the lives of Sly Cooper, Bentley, Murray, Clockwerk and the rest of the familiar franchise faces. 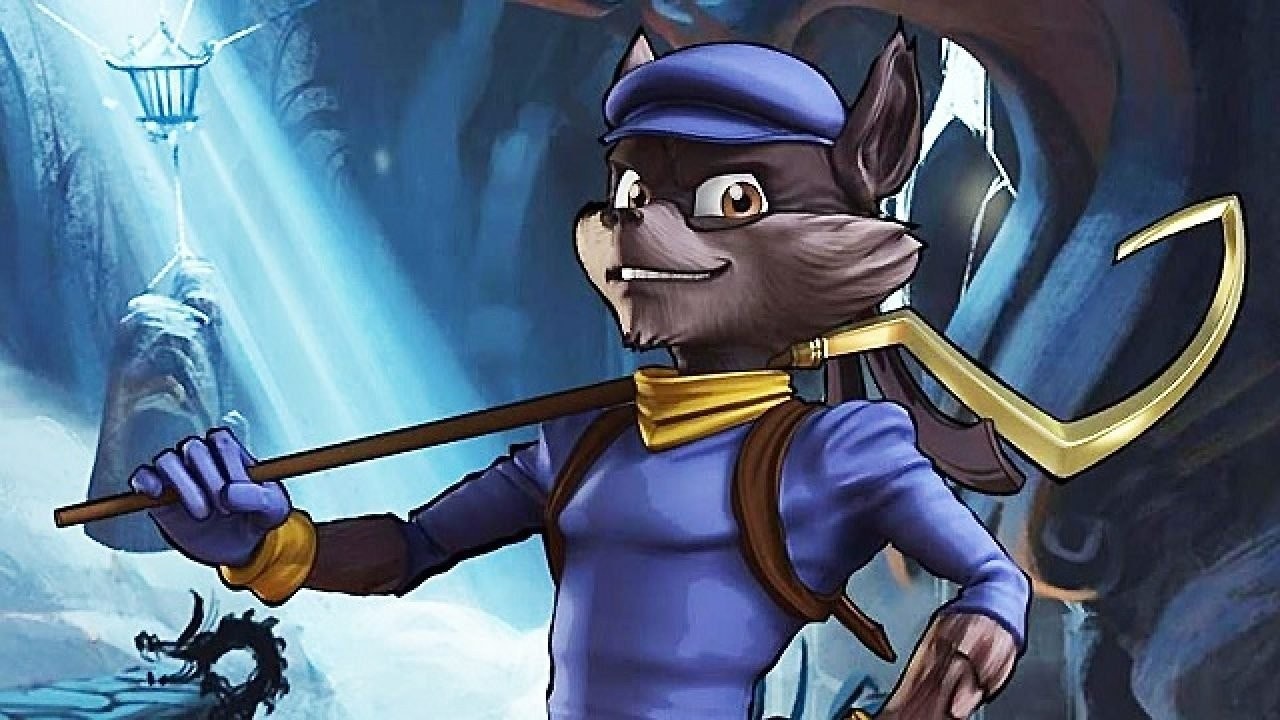 All of the games follow the trio of Sly Cooper, Bentley and Murray. All raised in an Orphanage together, they quickly become the best of friends. With a set of skills that all compliment each other perfectly, the gang started going on heists & adventures together. Set against a stream of wacky & eccentric villains, and one main foe, the Cooper gang never knows where they're going to end up next.

The series consists of four games: Sly Cooper and the Thievius Raccoonus, Sly 2: Band of Thieves, Sly 3: Honor Among Thieves, and Sly Cooper: Thieves in Time. 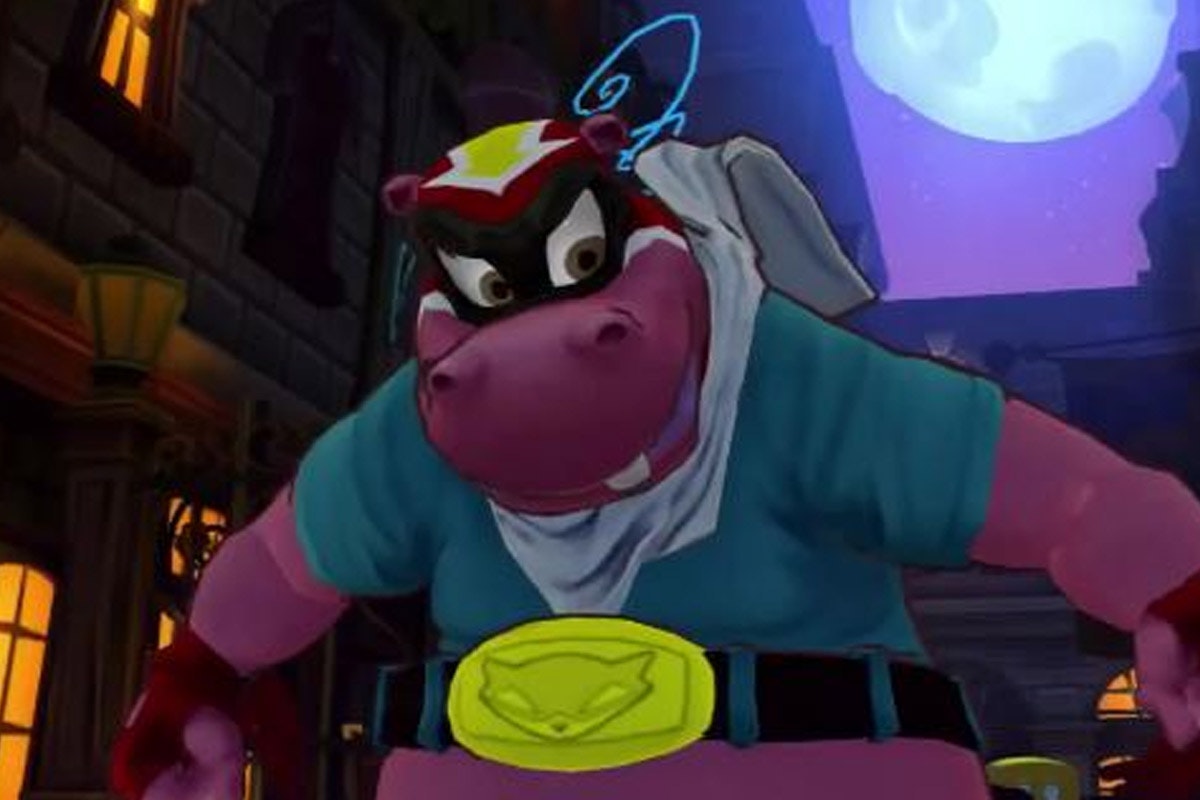 Murray is what you'd envision as 'The Brawn' in the trio. He may not be the smartest or the sneakiest, but he is without a doubt the strongest. Murray can lift almost anything in his way, break giant objects and throw items/characters a very far distance. Need to sneak in? You'll go with Sly. Want to make a grand entrance and scare everyone with your strength? Pick Murray. 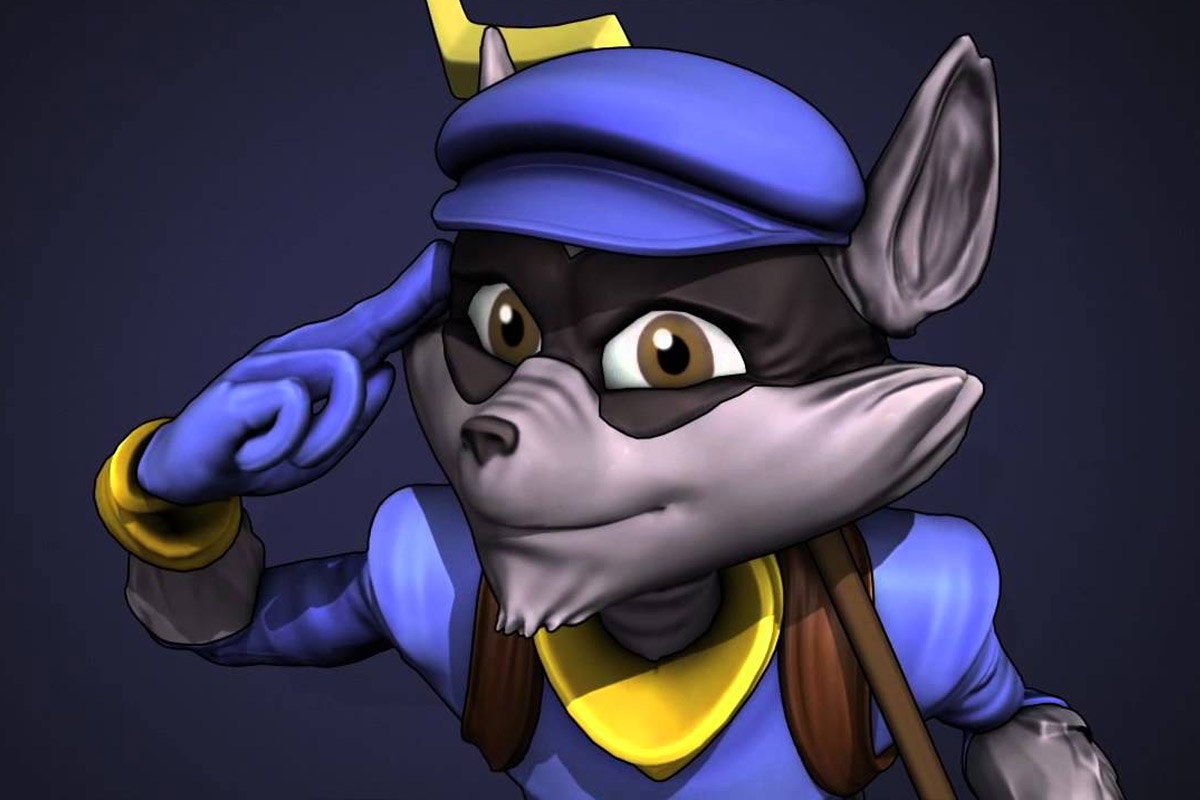 Sly is a gentleman thief raccoon and the leader of our trio. A part of a long line of master thieves, Sly steals from criminals instead of the innocent. When he was a child, Sly was orphaned after the Fiendish Five murdered his parents and stole his family heirloom, the Thievius Racoonus. Sly is cunning, sneaky and charming, using a combo of these traits to escape nearly every situation he finds himself in. 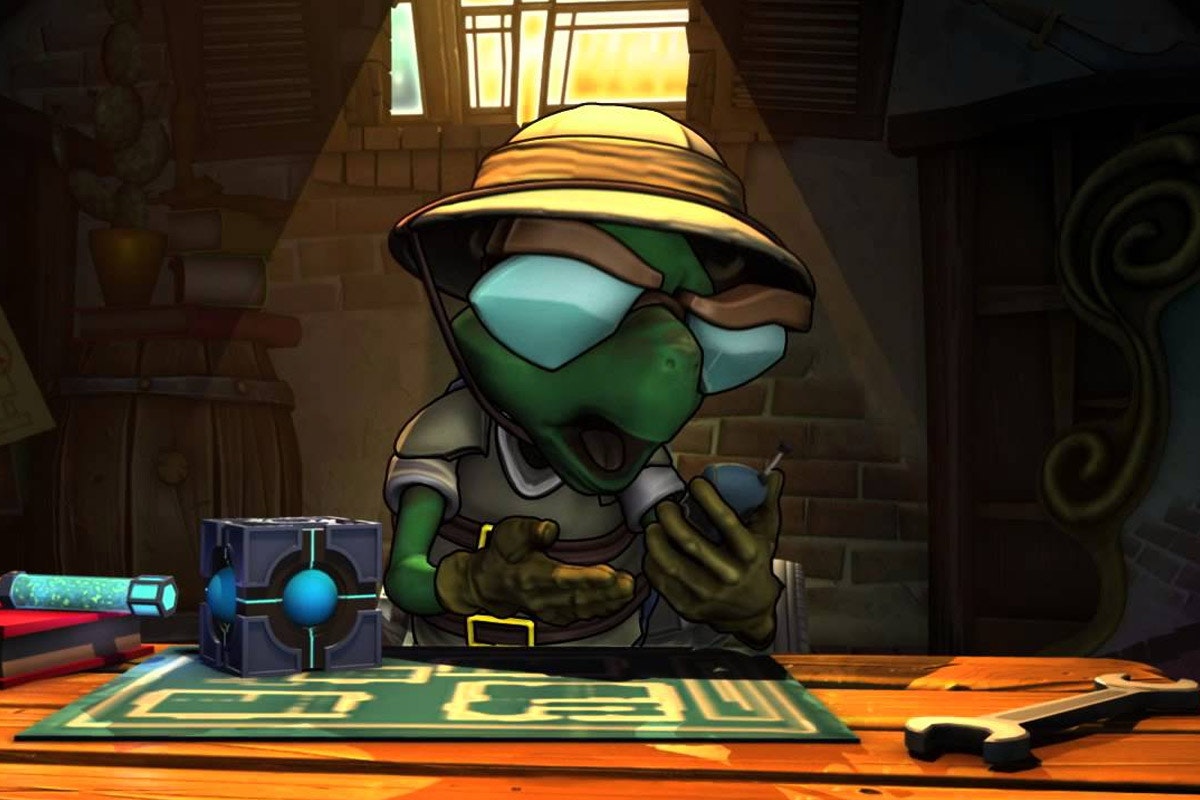 Where Murray fills the role of 'The Brawn', Bentley absolutely takes the title of 'The Brain'. With a genius IQ and more handy gadgets than you could think of, Bentley can hack his way out of any situation. Even after he becomes paralyzed after a mission gone wrong, he equips his wheelchair with all the coolest equipment to help in more ways than he could before.

As the main rival to the Cooper gang in Sly 1 and a very important part of Sly 2, Clockwerk is centuries of years old. He has always been fuelled by his bitter hatred of the Cooper family & their legacy. His goal in life is to wipe out the Cooper family at any cost, which leads him to slowly replace each of his organic body parts with a robotic version.

Clockwerk founded the Fiendish Five solely to finally execute Sly's parents. He left Sly alive because he believed that without the Thievius Racoonus, the Cooper family's greatness would cease to exist.

After being defeated in Sly 1, his immortal mechanic body parts were stolen and used by various small-time criminals in their illegal operations. 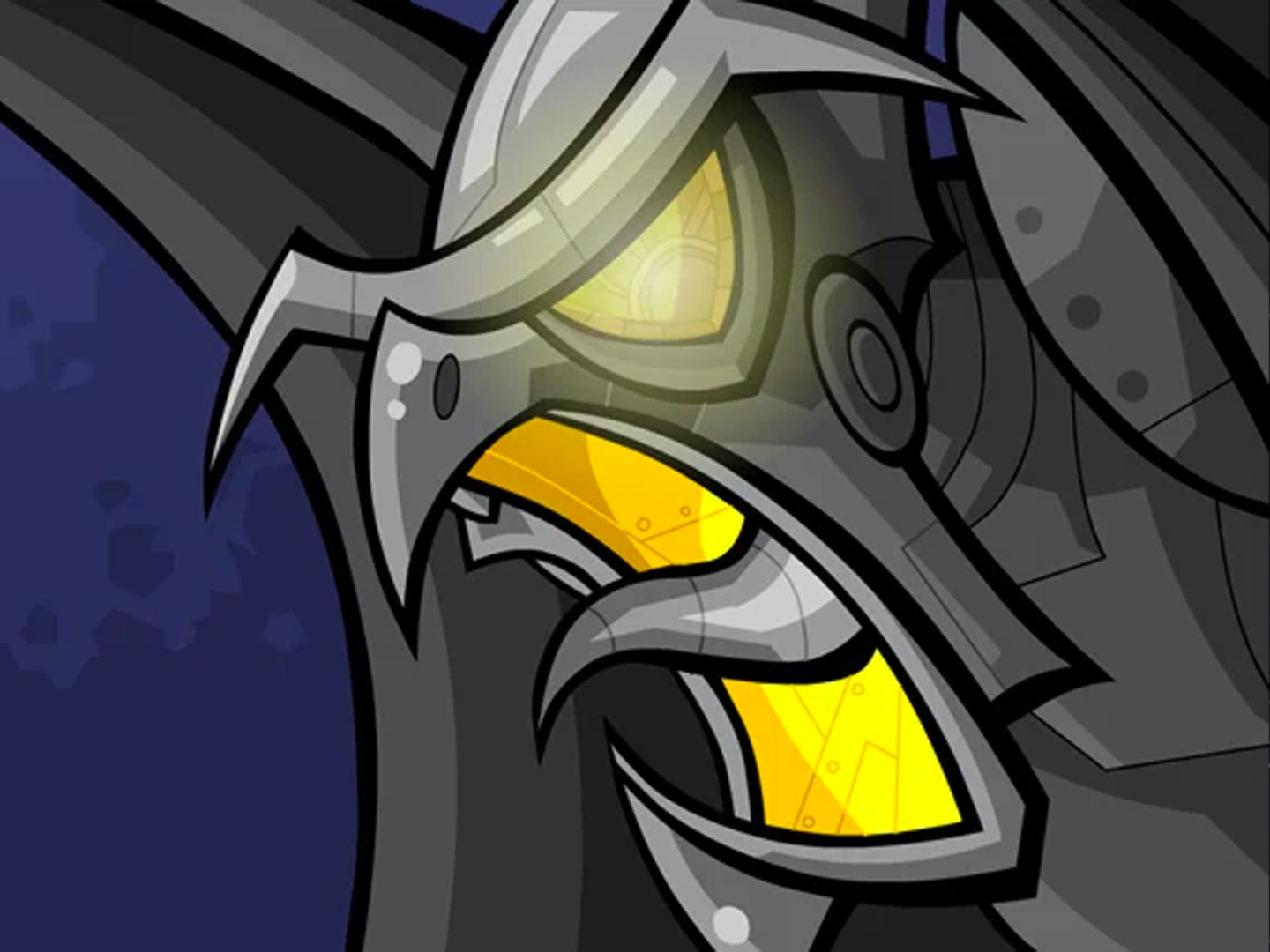 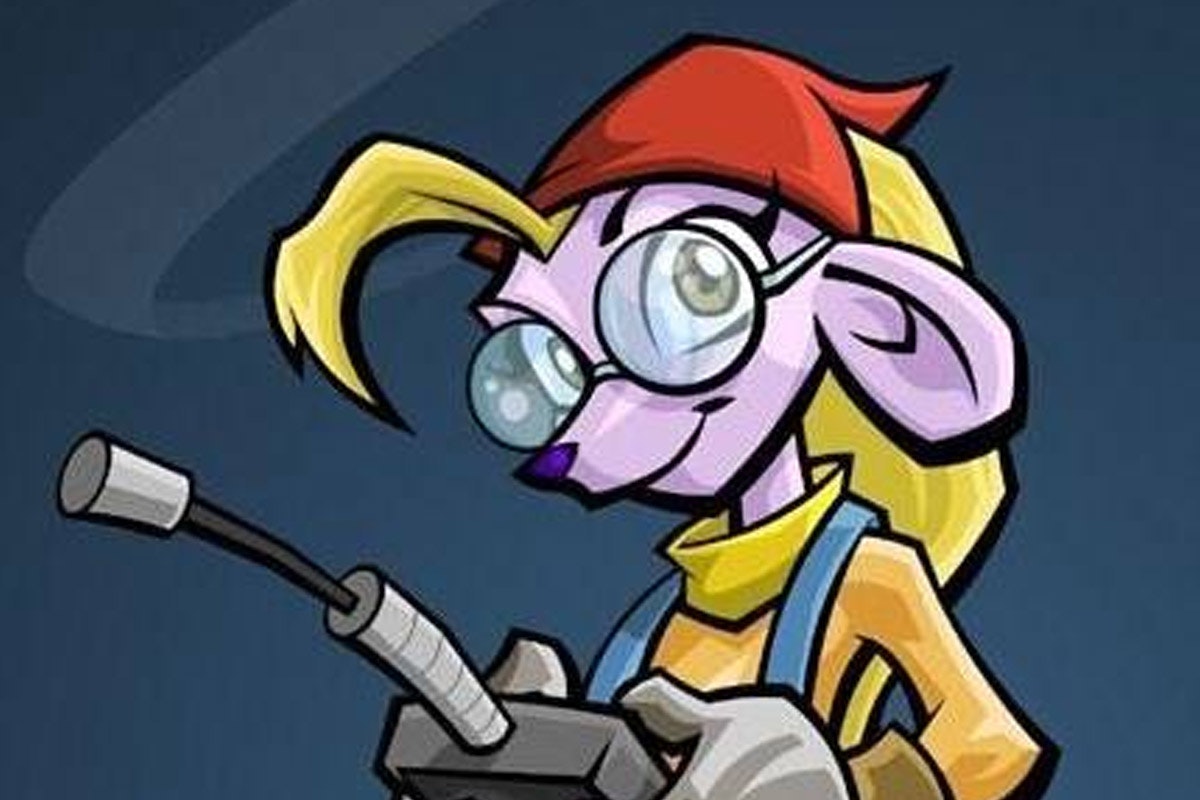 Penelope may be the most shocking villain. After masquerading as the Black Baron in Sly 3, she is eventually defeated and falls in love with Bentley. In Sly 4, Penelope goes missing, and during some time-travel shenanigans, it's revealed that she's the Black Knight, a new villain in Medieval England. Penelope was hired by villain Cyrille Le Paradox and not only gave him her time-travel plans, but agreed to become the Black Knight. Bentley couldn't get over the betrayal and the couple broke up. Penelope was arrested but eventually broke out and remains a fugitive. 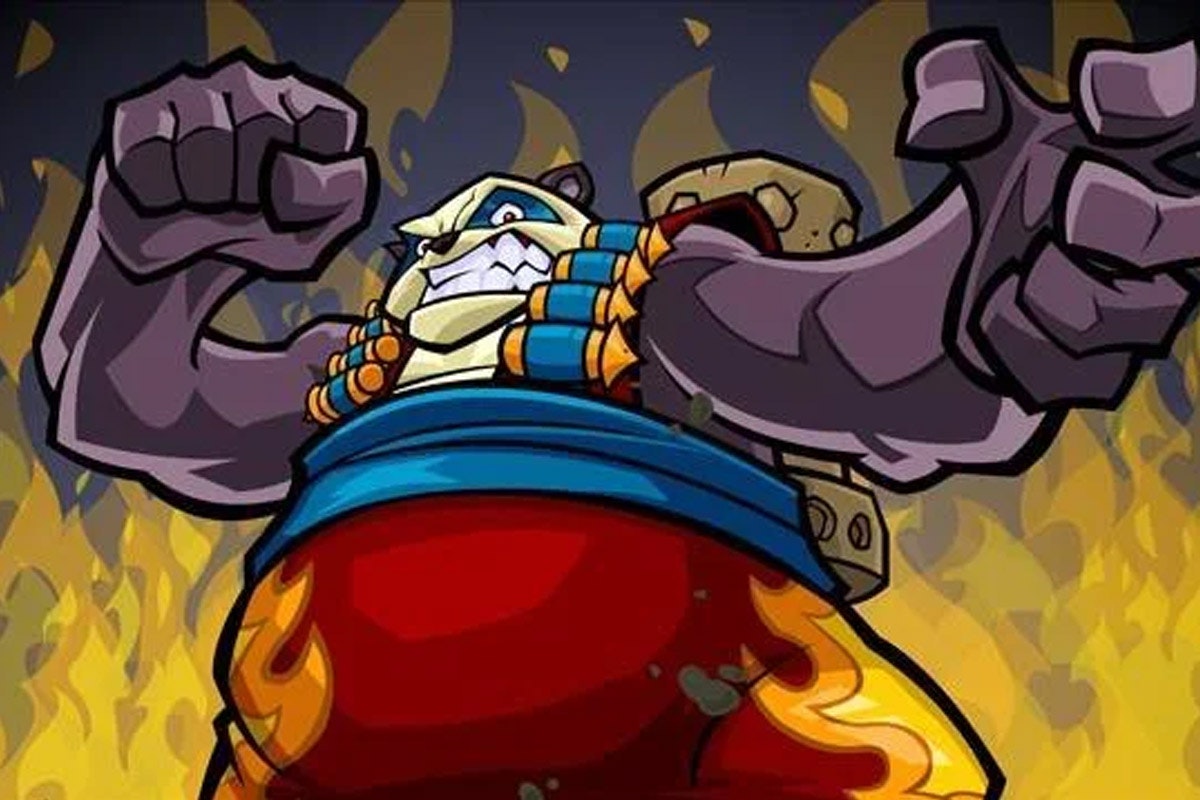 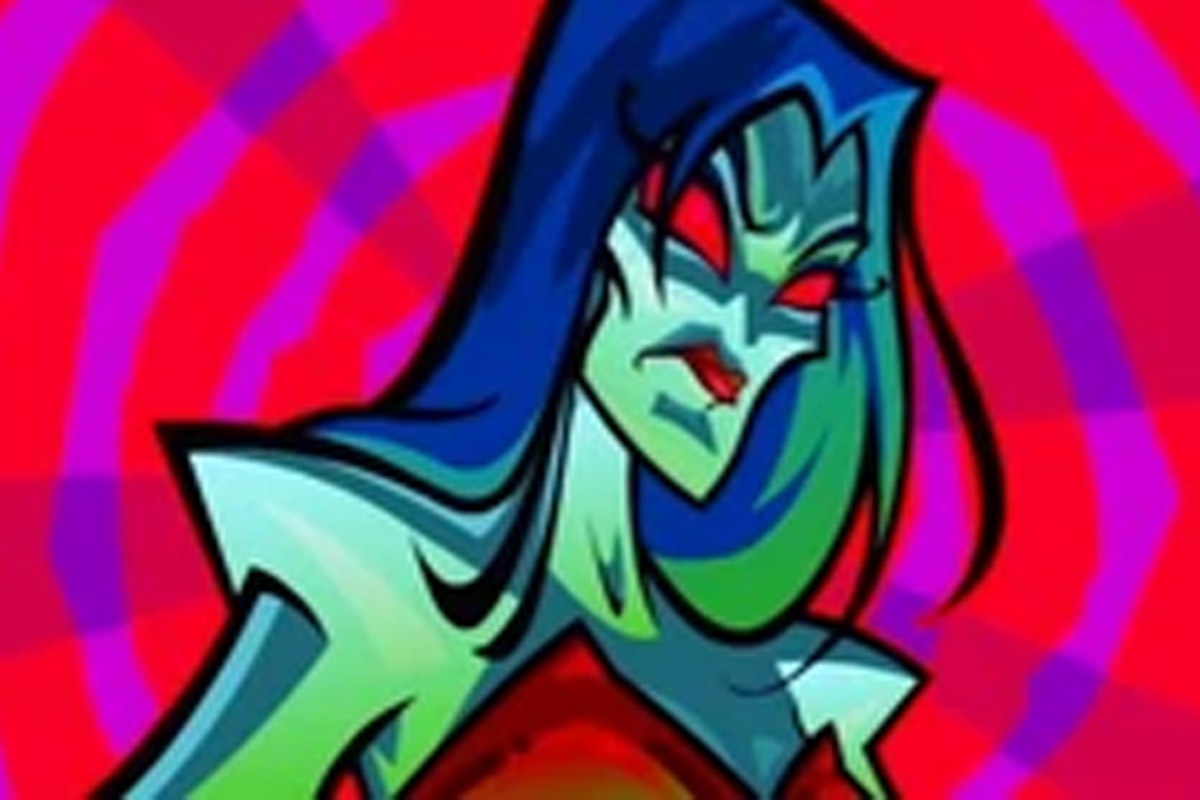 The Contessa married a very wealthy aristocrat. After he suddenly died from poison, The Contessa inherited his entire fortune & estate. Using that money, she opened a rehab clinic for criminals and joined INTERPOL. After she arrests Sly & Murray, Bentley follows her to Prague where he discovered that she was secretly a member of the villain group, the Klaww Gang. She used her clinic & assets to hypnotize people into revealing where their treasures are kept. She is later defeated by Sly & the gang and arrested by INTERPOL. 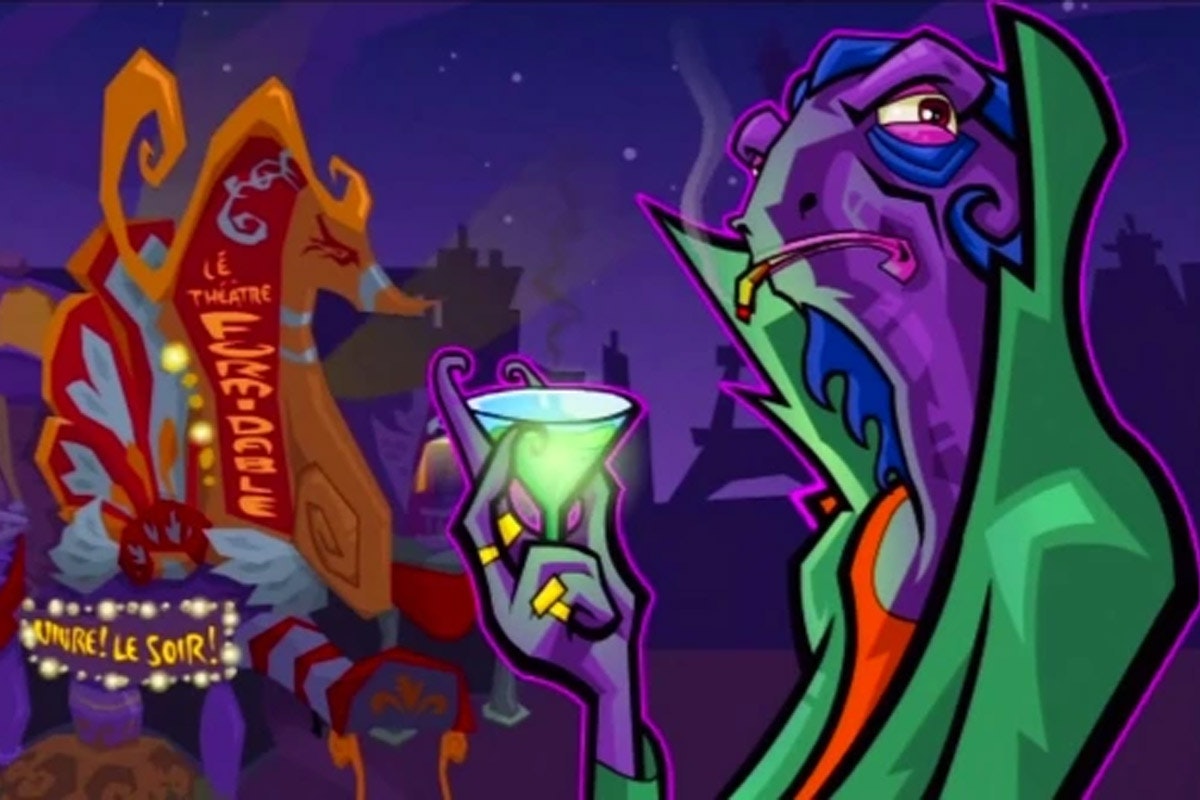 Using Clockwerk's tail feathers to print fake money & his nightclub to smuggle Rajan's spices, Dimitri was a great asset to the Klaww Gang. After inevitably being defeated, Dimitri later joined the Cooper gang on various missions and became critical to their success. In the final game, Dimitri was actually so trusted that he was tasked with keeping the Thievius Racoonus safe while the rest of the Cooper gang travelled through time,

Played Sly Cooper with me

I loved Sly Cooper because it was fun to play as a villain-like character while still working towards the greater good. The missions were so entertaining and it was cool getting to switch between the three main characters, using their unique abilities to make every heist a success. 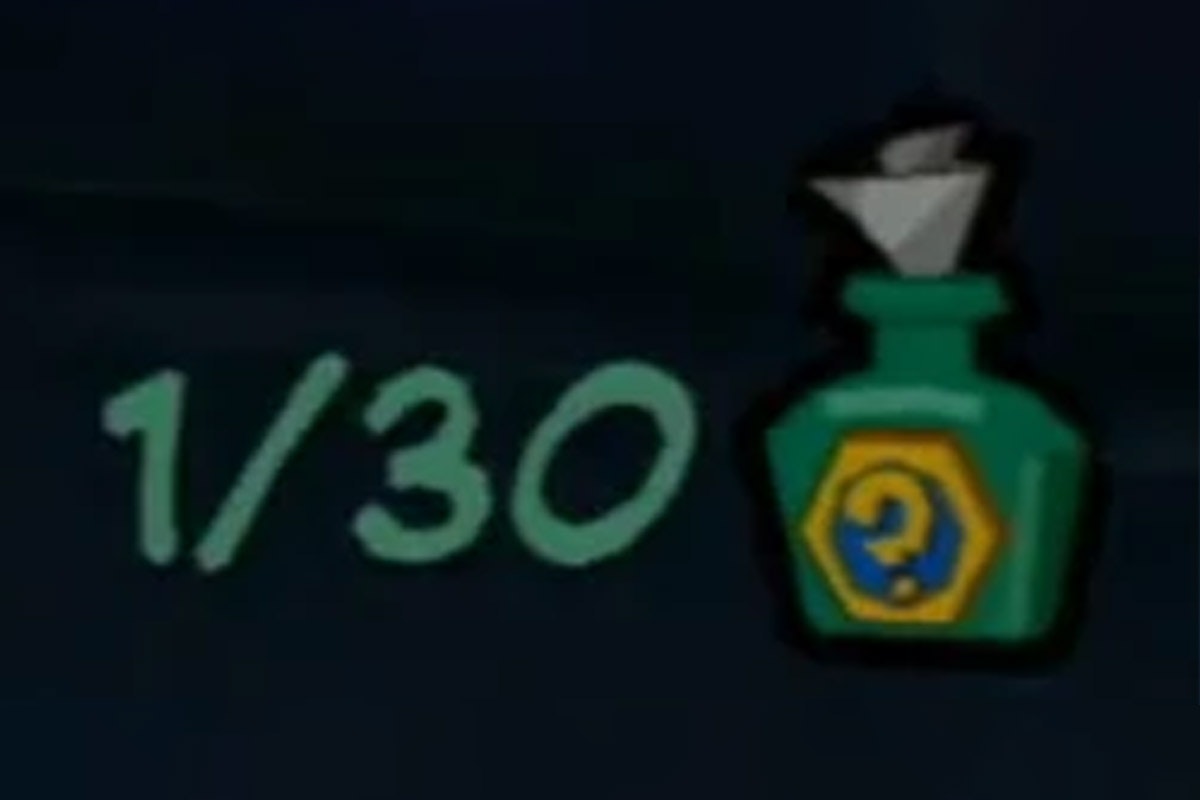 In every level, there are little glass bottles hidden for players to find. If you collect them all, there are some sweet prizes you can earn like powers & post-credit scenes. 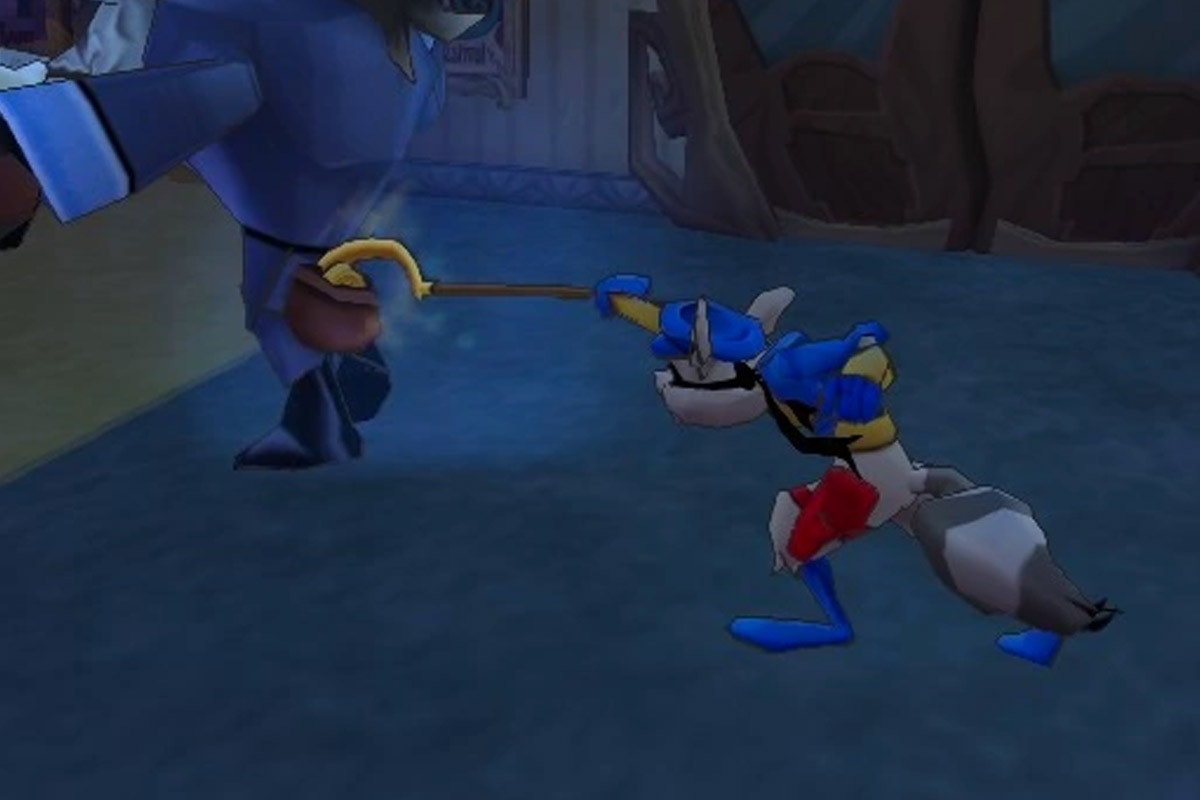 Sly is not only stealthy, but an expert pickpocket. He uses these skills to steal coins, jewellery and other miscellaneous items from guards & villains throughout the games. 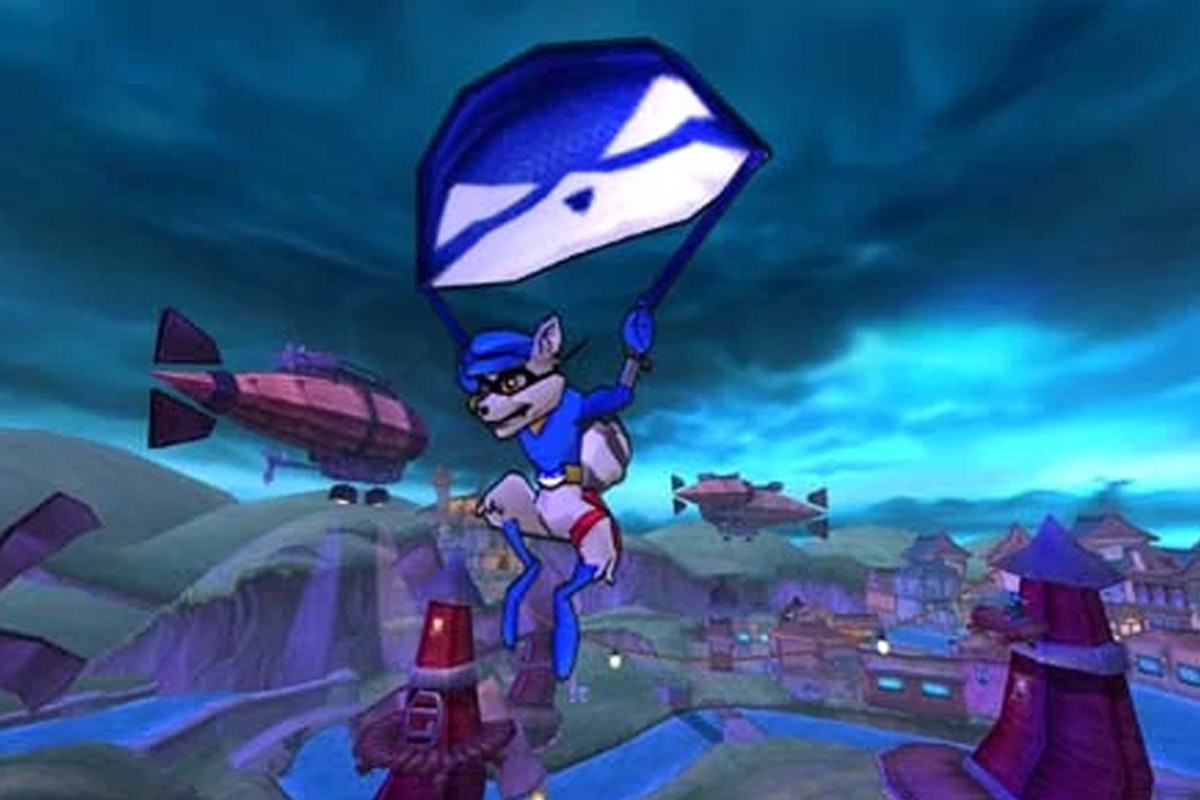 My personal fave element in the games is when Sly finally unlocks his paraglider. Starting in Sly 2, players can use it to jump from tall points and fly quickly to different areas. 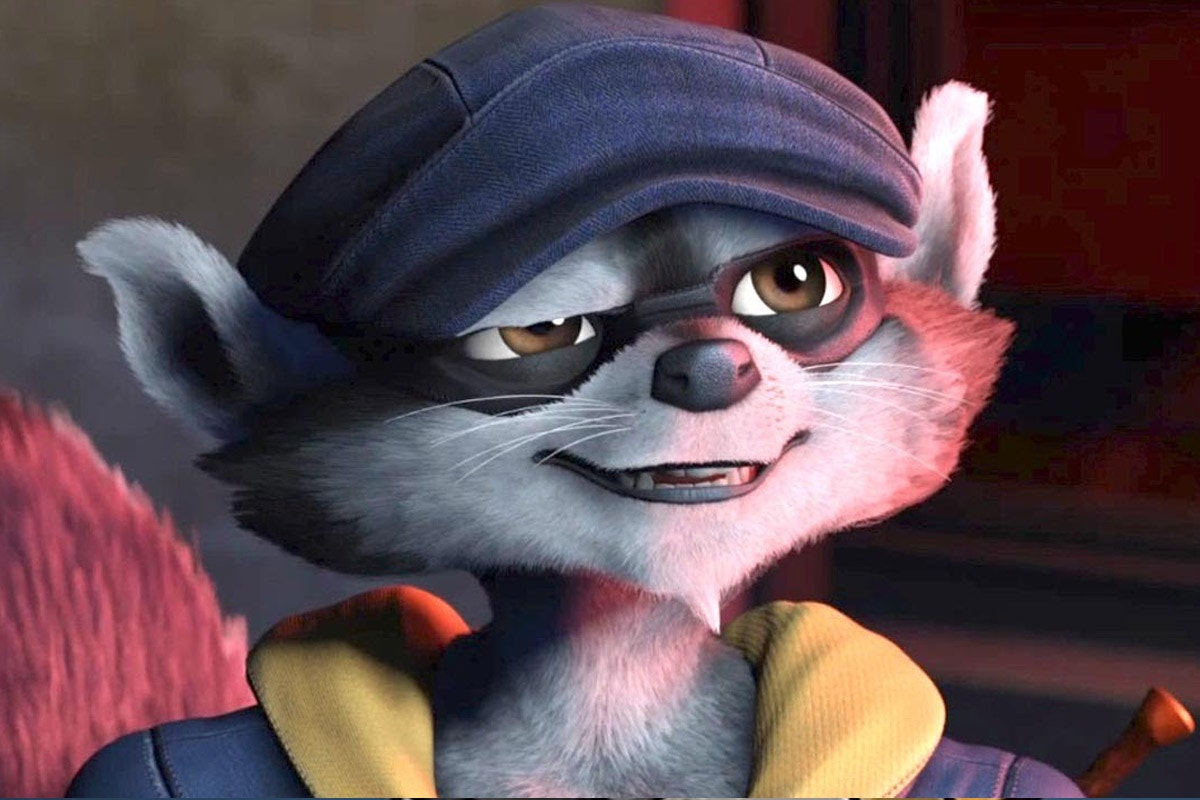 Announced in 2012, with a release date of 2016, Sly Cooper was set to be a theatrically released film directed by Ratchet & Clank's Kevin Monroe and produced by Rainmaker. In mid-2016, Monroe said he hadn't heard anything in over a year and a half. In late-2016, Michael Hefferon, president and chief creative officer of Rainmaker, said that the failure of the Ratchet & Clank movie meant they were re-evaluating the production of Sly Cooper. In 2017, Rainmaker officially left the project. 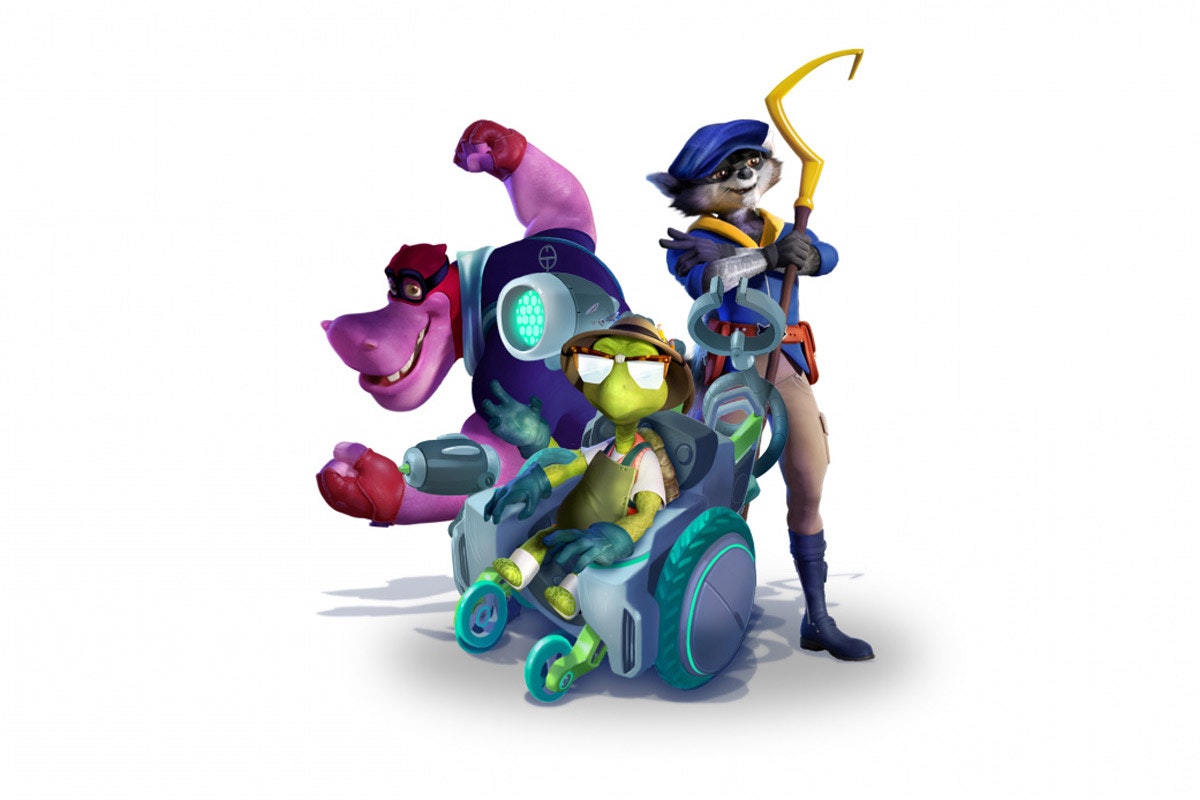 In 2017, Sony Interactive Entertainment announced that they would create a Sly Cooper TV show. It was confirmed to have 52 episodes, each running 11 minutes long. The first half would premiere in October 2019, with the second half releasing in July 2020.

Obviously, that time has come and gone. We haven't heard anything about this series since 2017. In 2019, Sony Entertainment Pictures announced a film & TV studio specifically to create content based on their over 100 video games. Fans speculated that this could include the Sly Cooper show, but nothing has been mentioned since the initial 2017 announcement.