Comedy, lore, romance... Bloodsucking Fiends has it all! Christopher Moore has got to be one of my all time favorite authors. His blend of mythology and comedy leads every book of his down a rabbit hole of adventure and laughs. This book is chalk-full of action, hilarious banter, and mythical beings in one swoop. If you're looking for a rom-com with some crazy grocery clerk antics and a tie in to the supernatural, look no further as Bloodsucking Fiends is here to amuse and confuse with it's action-packed story & a twist of bloody fate.

While we all love reading books, sometimes they can have themes and topics that may not be appropriate for everyone. To help figure out if this book is suitable for you, please first take a look at the warnings we have included.

Bloodsucking Fiends is recommended for ages 18+.

The book includes mature language and themes such as sex, violence, and drug use. Please see the trigger warnings below for more details.

Bloodsucking Fiends contains a lot of heavy themes that may not be suitable for all ages, and may be triggering to readers. To help our fans decide if this book is right for them, we have included this trigger warning list as there are topics that readers may find disturbing.

Let's indulge in a juicy bite of the book!!

Take A Bite Out

Jody turns from a predictable, shy, and monotonous 26 year old to an outspoken, strong, confident vampire overnight. With her heightened senses and strength, she FINALLY feels able to overcome all the things weighing her down, like leaving her frat-boy boyfriend who's borderline abusive, and not taking slack from men harassing her. These new powers are great, but definitely not without pain. In comes Elijah, her sire, the original Teflon user, and Tommy Flood, Safeway night manager and writer, both here to shake up her world, for better or worse. It's a battle of love, old school and new school, with the added elements of the supernatural and a writer's desire for love and success. Elijah and Tommy are stark opposites in almost every single way. Elijah is strong, older, wealthy, undead, and is a continuation of Jody's past history of overbearing and demanding men, whereas Tommy is exactly none of that, until he gets turned.

The relationship between Jody and Tommy is a rocky road for sure, but it's a comedic twist of desire that deviates from the tropes of easy fantasy and fate. With both leads coming to terms with mortality, the afterlife, and gender roles at different rates, Bloodsucking Fiends plays devil's advocate in offering a different take on classic love stories and perfect endings. Specifically, I love the way Moore utilizes anticipated shock value to throw readers through loops. His knowledge of what readers expect allows him to twist the story in one direction and rip the rug from underneath you. Just when you expect one thing, it's completely reversed, like when Tommy has been courted by a woman leaving nice flowers but it turns out to be his male roommates. Or with the Animals all seeming one way and turning out to be another, making us question if anything we thought we knew really was, and how to prepare ourselves with bombshells dropping and changing left and right.

And though there is profanity and sex in the book, I find that the underlying tone of it is so humorous instead of overly aggressive or sexual that it adds a layer of awareness and humanity instead of secondhand embarrassment for more shy readers. Yes, there is a decent amount of swearing and adult themes, but stripping away the perfectionist surrealism of most written encounters, we find a balance of reality and hilarity in parts like the magazine article quiz allusion that directly reflects what most of us have seen in the Cosmo magazines in our youth.

The most consistent, and my personal favorite, character is the Emperor. If you've read other Moore books, the chances you've heard of him are high. He makes appearances in books like A Dirty Job and is always there when you need him. He's a beacon of hope, always wandering the streets with his trusty sidekicks Bummer and Lazarus at his side to take care of San Francisco. His interactions with Jody and Tommy are guiding and fatherly, something both of them have lacked in their lives. He's just a heartwarming character to have pop up and check in every once in a while!

That's what we do,we drink and we know things 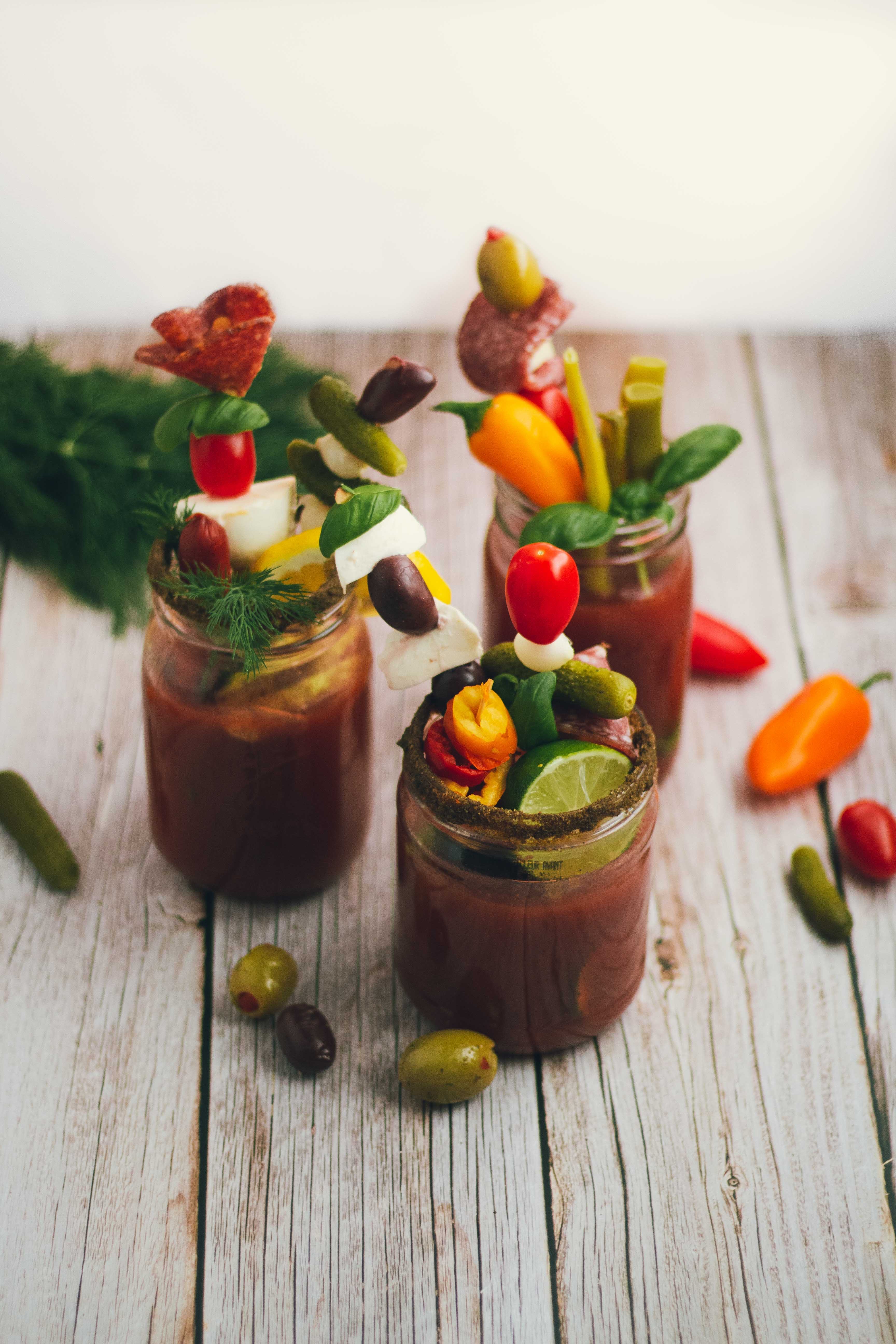 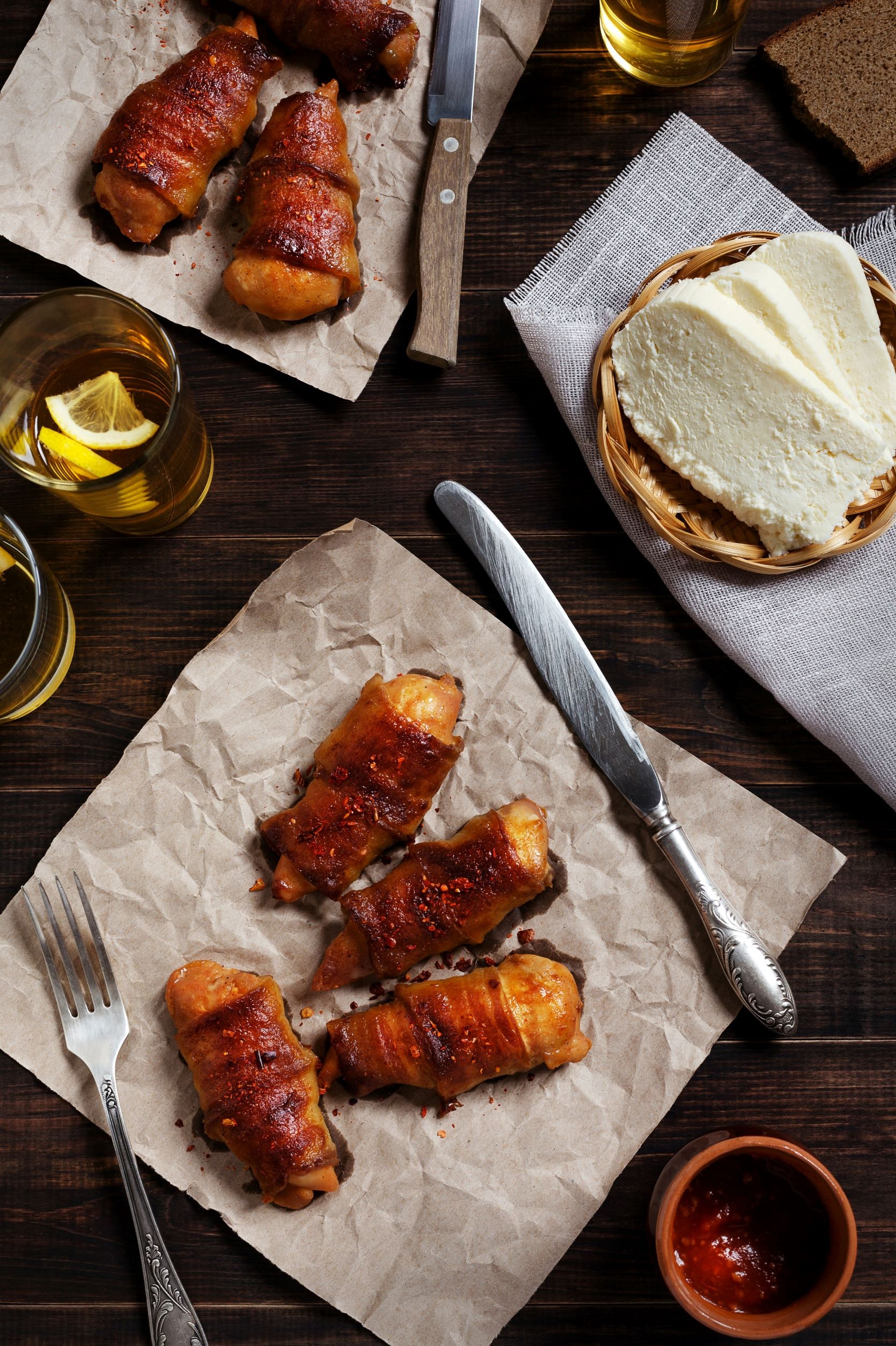 To celebrate Valentines Day and this month and the bloody romance in the book, we've got instructions to make your favorite jalepeno popper, but with a thematic flair so we can all enjoy the classic treat and call it fancy! You can still use this recipe as a guideline for a normal jalepeno popper, just skip to the second part and wrap the bacon around the prepared peppers and bake!

While bacon bites are cooling, prepare the cheese and peppers:

Once everything is cooled enough, combine all the elements:

How many of these fun facts did you know? Did we miss any? Let us know when you submit your review! 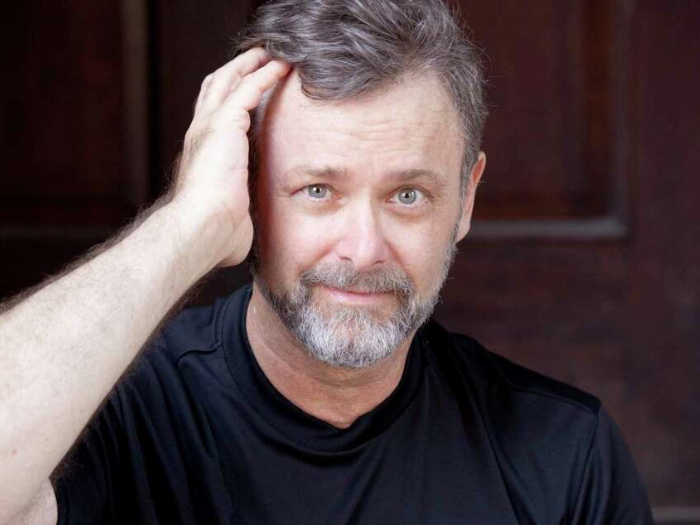 Moore has been writing since he was 12- He has written 18 novels so far as well as a graphic novel and a few short stories!

The sequel to Bloodsucking Fiends, Bite Me: A Love Story, received the Good Reads Choice Award for Best Humor. 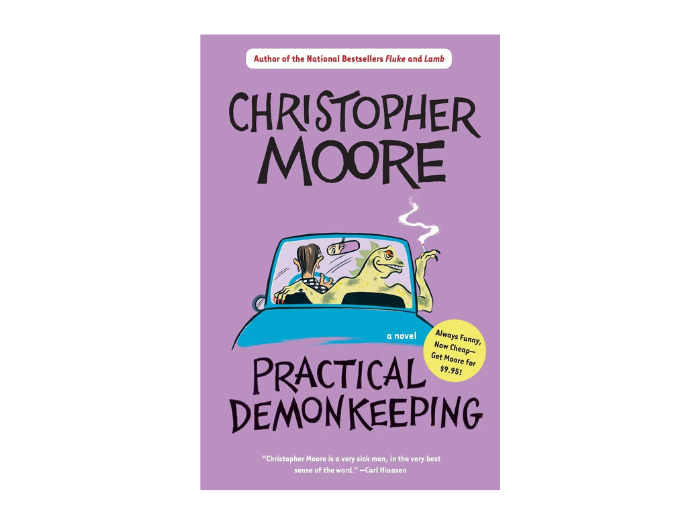 The film rights to Moore's book "Practical Demonkeeping" were bought by Disney before the book even had a publisher, but has not been adapted to fil as of yet. 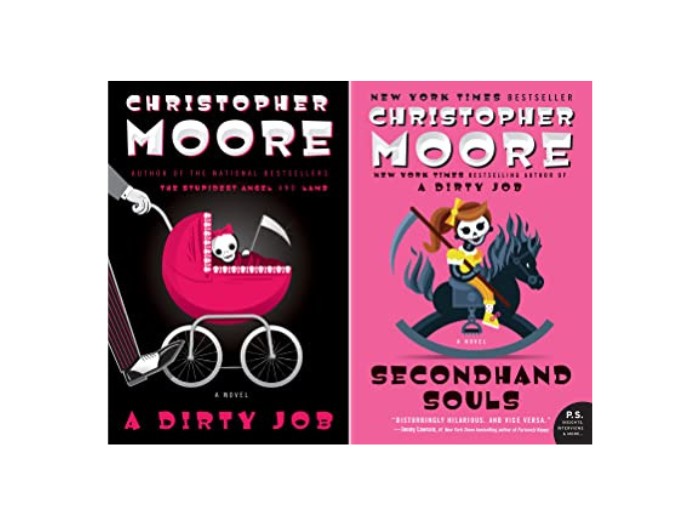 Moore's Death Merchant series includes the book A Dirty Job, which won the Quill Award for General Fiction in 2006. 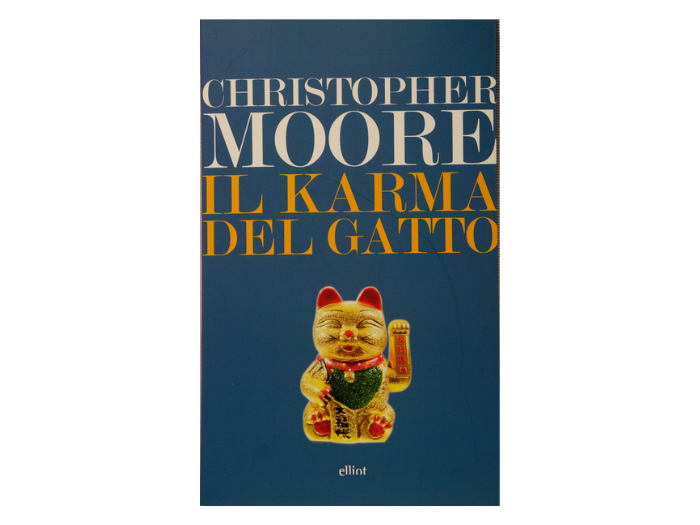 Moore has written two short stories, both from 1987: Cat's Karma and Our Lady of the Fishnet Stockings. 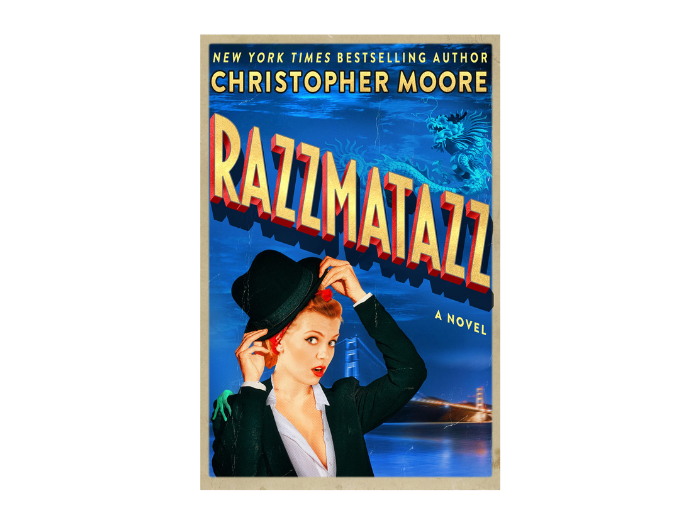 Moore's most recent book released last year in 2022, named Razzmatazz. It's a continuation on the characters from his book Noir (2018). 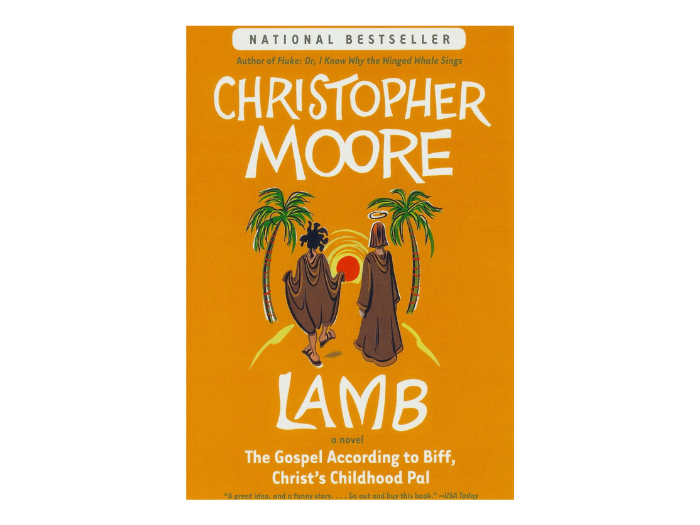 Lamb and many other novels by Moore have reached the status of "Best Seller", boosting Moore to the status of Best Selling Author. 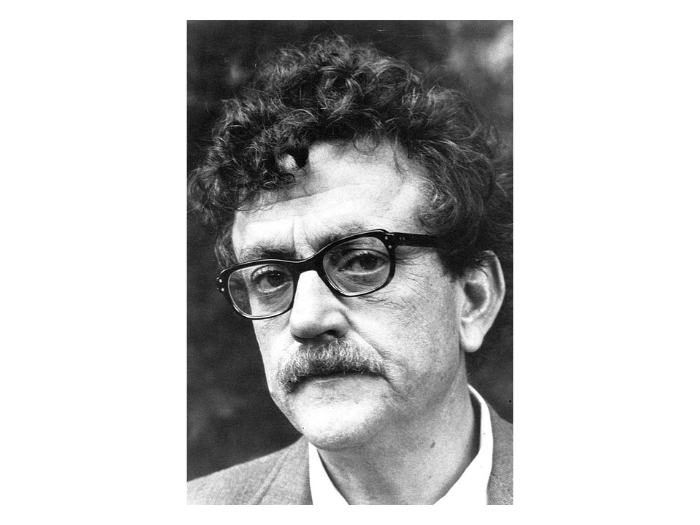 Authors such as Kurt Vonnegut, H. P. Lovecraft, and Edgar Allan Poe are who Moore says have inspired him in his writings.

Christopher Moore does it again with a brilliant take on modern-ish day Vampirism mixed with characters from all steps of life. Each page has a new laugh!

Next Month on Book Glug 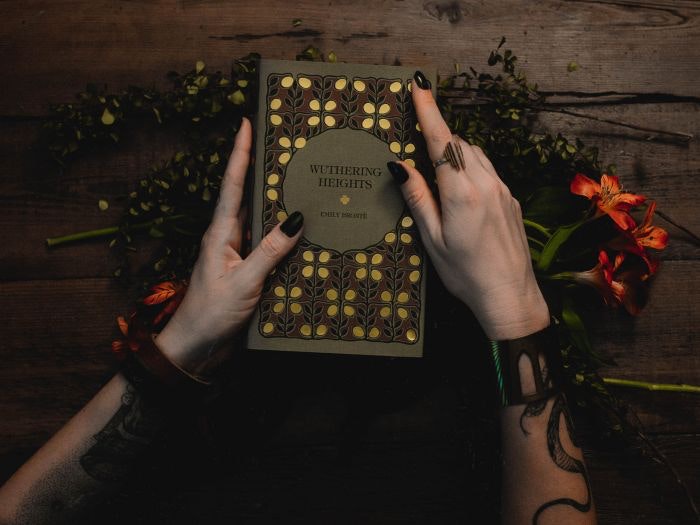 Get your copy here or at your local book store!

Important note: we make no money off of purchases using the Amazon link. We just want to help you find the book.

And when you're done, submit your review. See you next month, nerds!