A GUIDE TO THE EXPANDED UNIVERSE

Are you a Star Wars fan but have only seen the live action franchises? I'm talking Episodes 1-9, Obi-Wan Kenobi, Rogue One, Solo, The Mandalorian and The Book of Boba Fett. If this is you, you've likely met a few new characters like Ahsoka Tano or Cad Bane that have left you wanting more. Let's take a Deep Dive into the many different animated shows that exist (and are canon!) within the Star Wars universe. 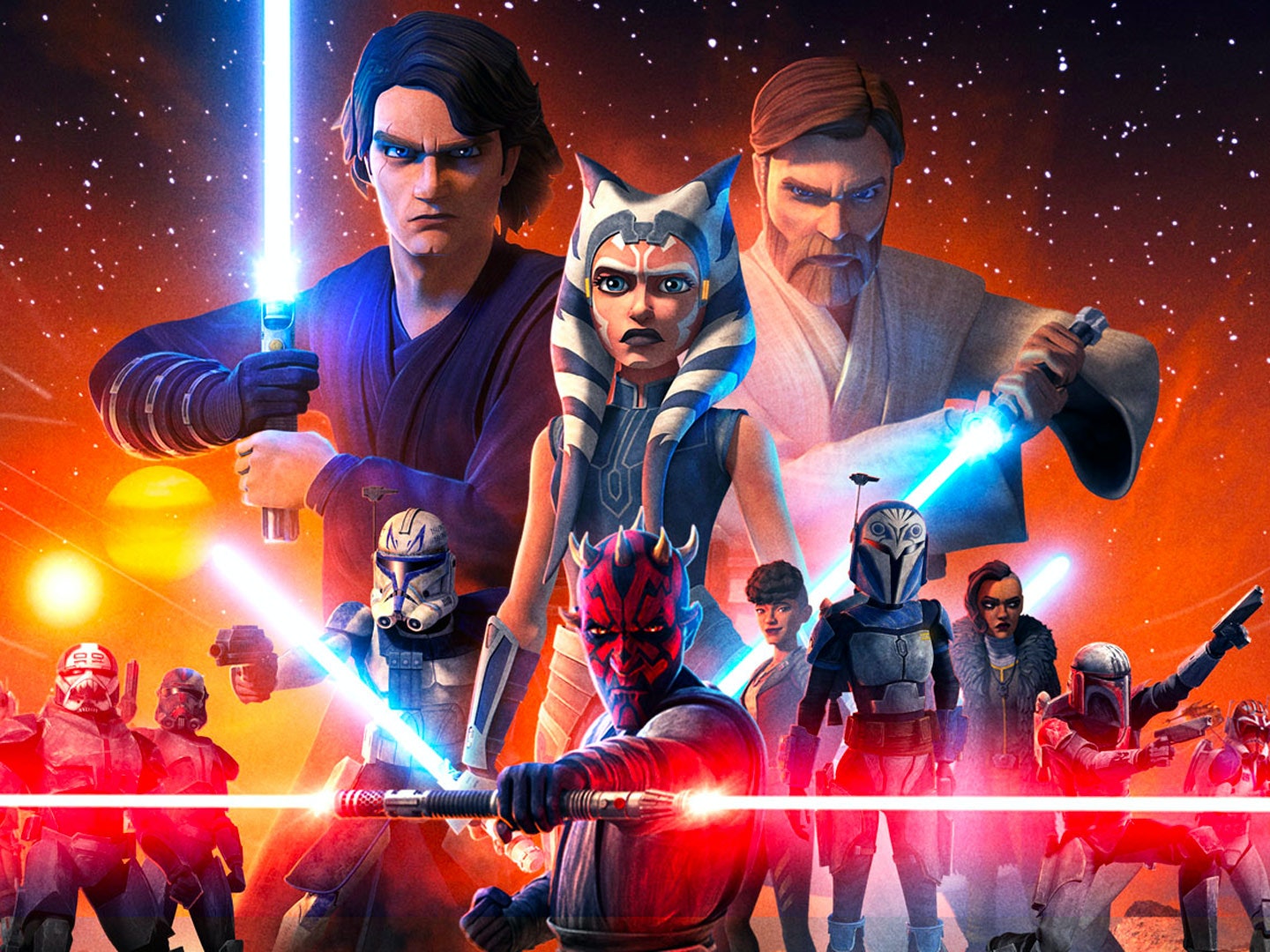 The Clone Wars, to me, is one of the best pieces of Star Wars property. While it's not without its faults, the show expands on every character you've come to love in the Prequels, and then some. While spending plenty of time developing characters like Obi-Wan Kenobi and Anakin Skywalker, we also meet amazing new characters like Ahsoka Tano, Cad Bane, and lots of amazing Clone Troopers (who you actually come to care for just as much as the main cast). Star Wars has released an official guide as to how you should watch the series, as many episodes released out of order. If you're a Prequels fan, this show is a must-watch.

Whereas The Clone Wars relies on existing characters, with new ones sprinkled in, Star Wars: Rebels is the complete inverse. Featuring a cast of all new characters, with some fan faves making appearances throughout, this show focuses on the crew of The Ghost, a ship harbouring a small group of Rebels trying to take down the Empire. With talent like Freddie Prinze Jr. and Steve Blum in the cast, this show is amazing. The new live action Ahsoka series will have a few (if not all) of the main characters from this show, so it's definitely worth a watch. Not the mention it features one of the greatest Star Wars villains of all time: Grand Admiral Thrawn. 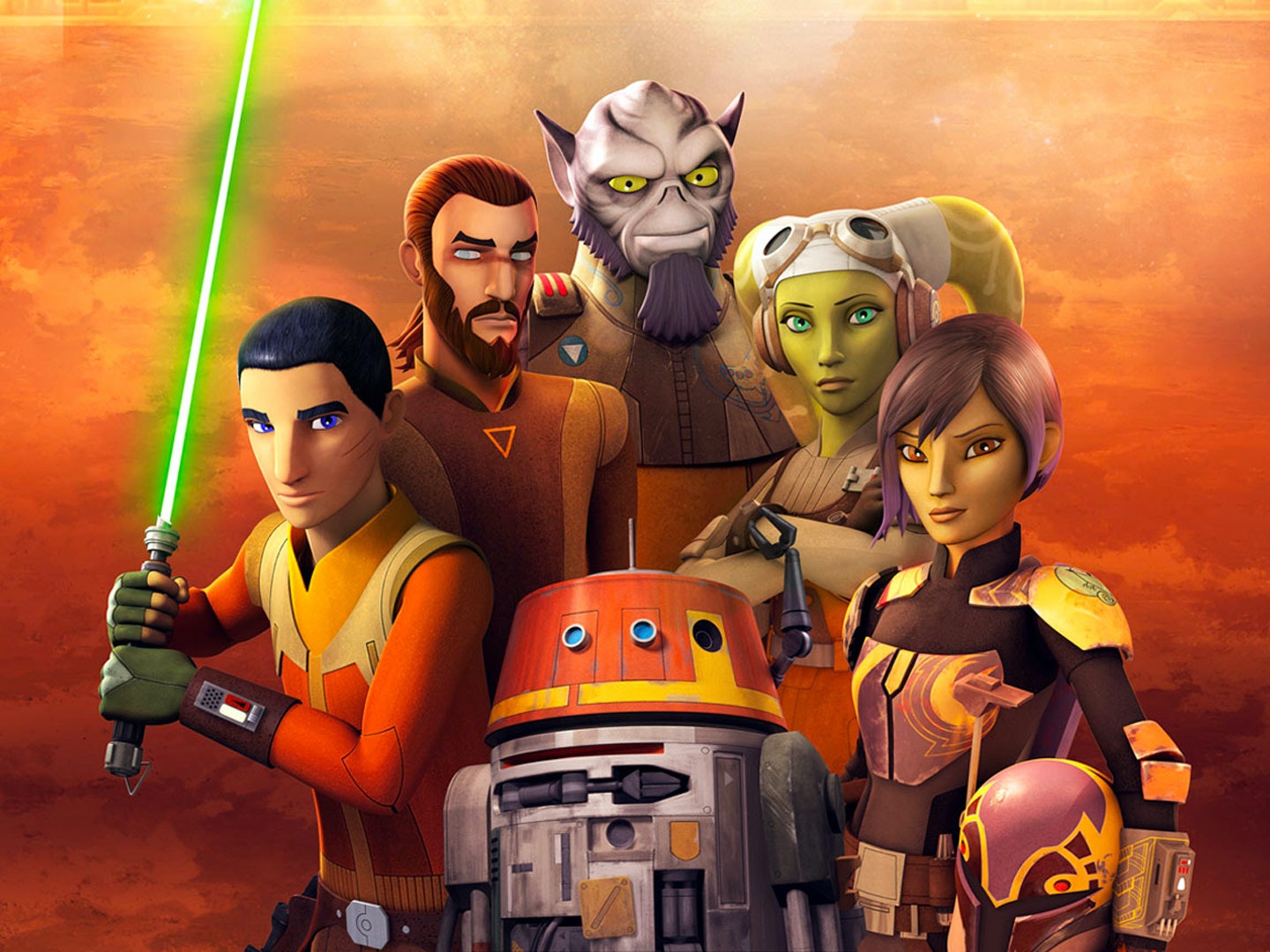 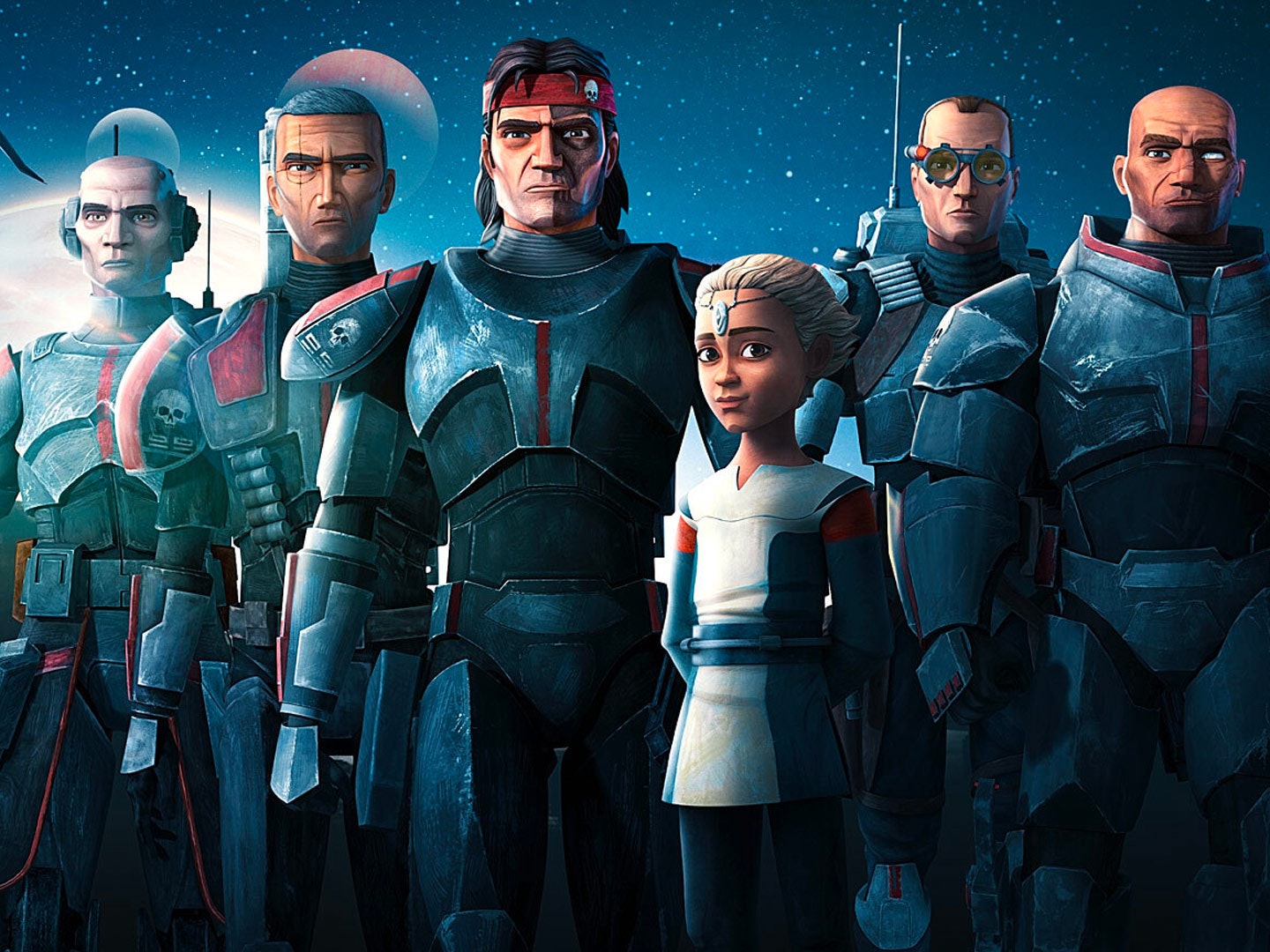 In the final season of The Clone Wars, we meet a group of enhanced Clone soldiers who were designed to be very good at very specific things. After the fall of the Jedi and Order 66 has run its course, the Bad Batch crew realize they no longer fit in with the Republic (now turned into the Empire) and flee. This series follows the gang on their adventures throughout the galaxy, with some added Star Wars drama, of course. While this show is still pretty new, it's really fun and a great continuation of the Bad Batch's story after their arc in The Clone Wars ends.

Star Wars: Resistance is about exactly what you'd expect: the Resistance growing agains the First Order. Taking place six months before the sequel trilogy begins, this series follows Kaz, a pilot recruited by the Resistance to spy on the First Order. Eventually, the show catches up to the movies that it pre-dates and timelines converge. All of the animated shows so far have taken place in relation to the Prequels or Original Trilogy, so this is a nice change of pace to further expand the Sequels universe. 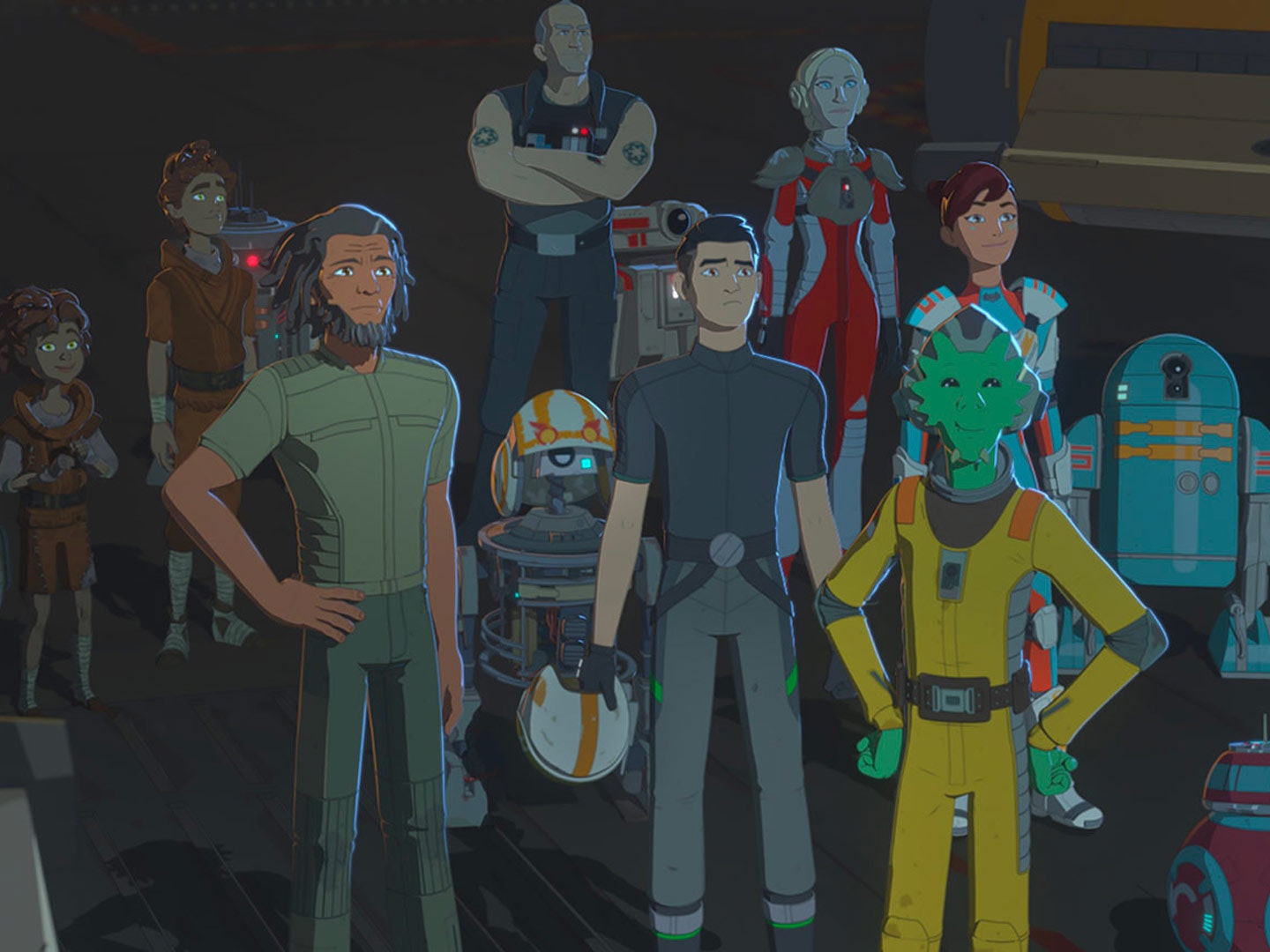 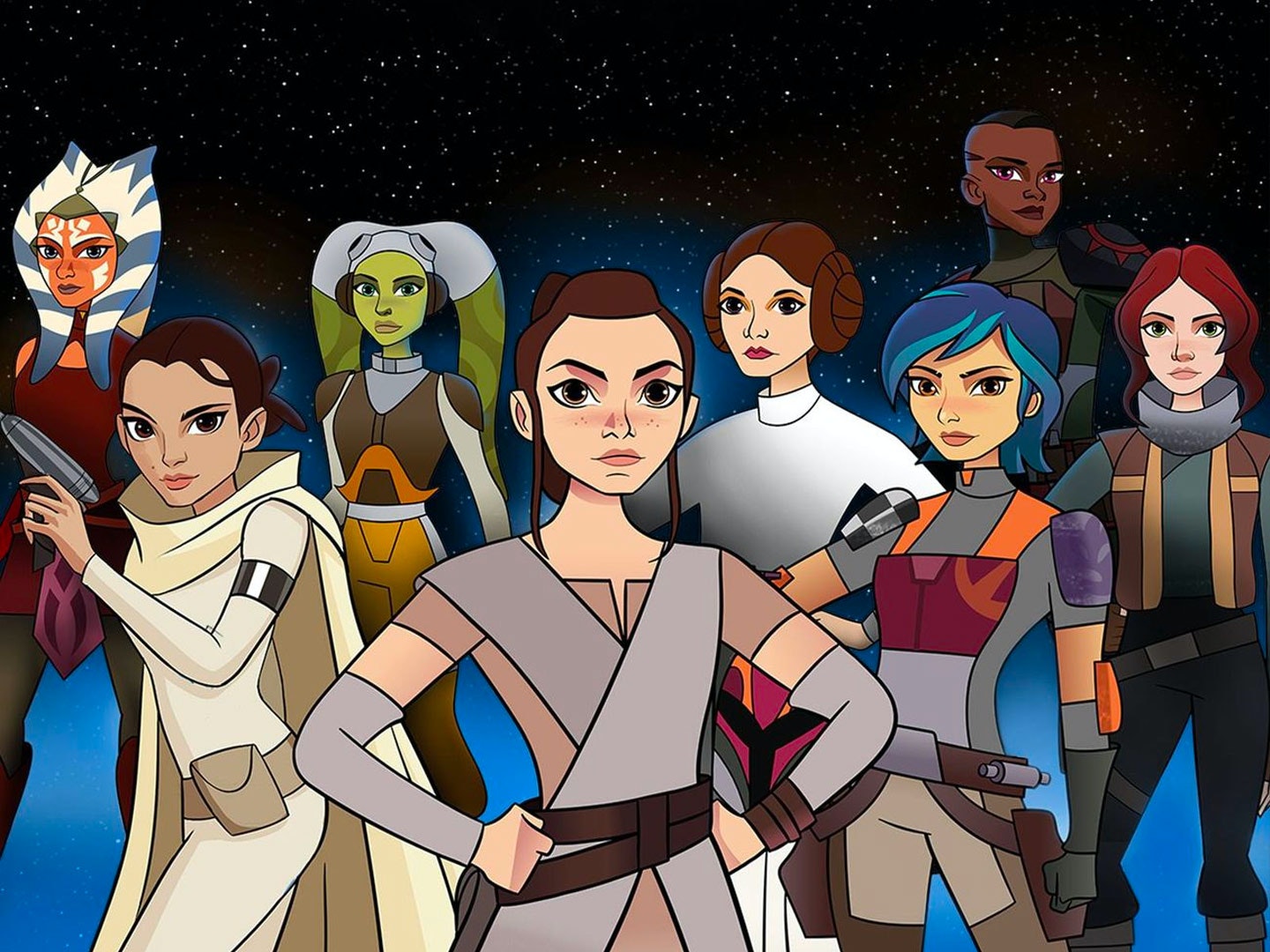 This show is considered a micro-series. This two season collection of two/three minute shorts features the female characters of Star Wars, set across all of the different eras. With most of the characters being voiced by their original actresses, this series is a quick watch & a fun ride. There's episodes like Ahsoka & Padme discovering a secret assassin at dinner and a Sabine & Jyn team up episode (they were never on-screen together, so this is pretty cool).