CREATOR OF THE MONTH

Welcome to our SPECIAL EDITION Creator of the Month, where we feature an incredible creator from our community of fans and learn about who they are beneath the surface. This month, we have our 2021 Dallas Craftsmanship Cup Competition WINNER, R Squared Cosplay !

LEARN MORE ABOUT OUR WINNER 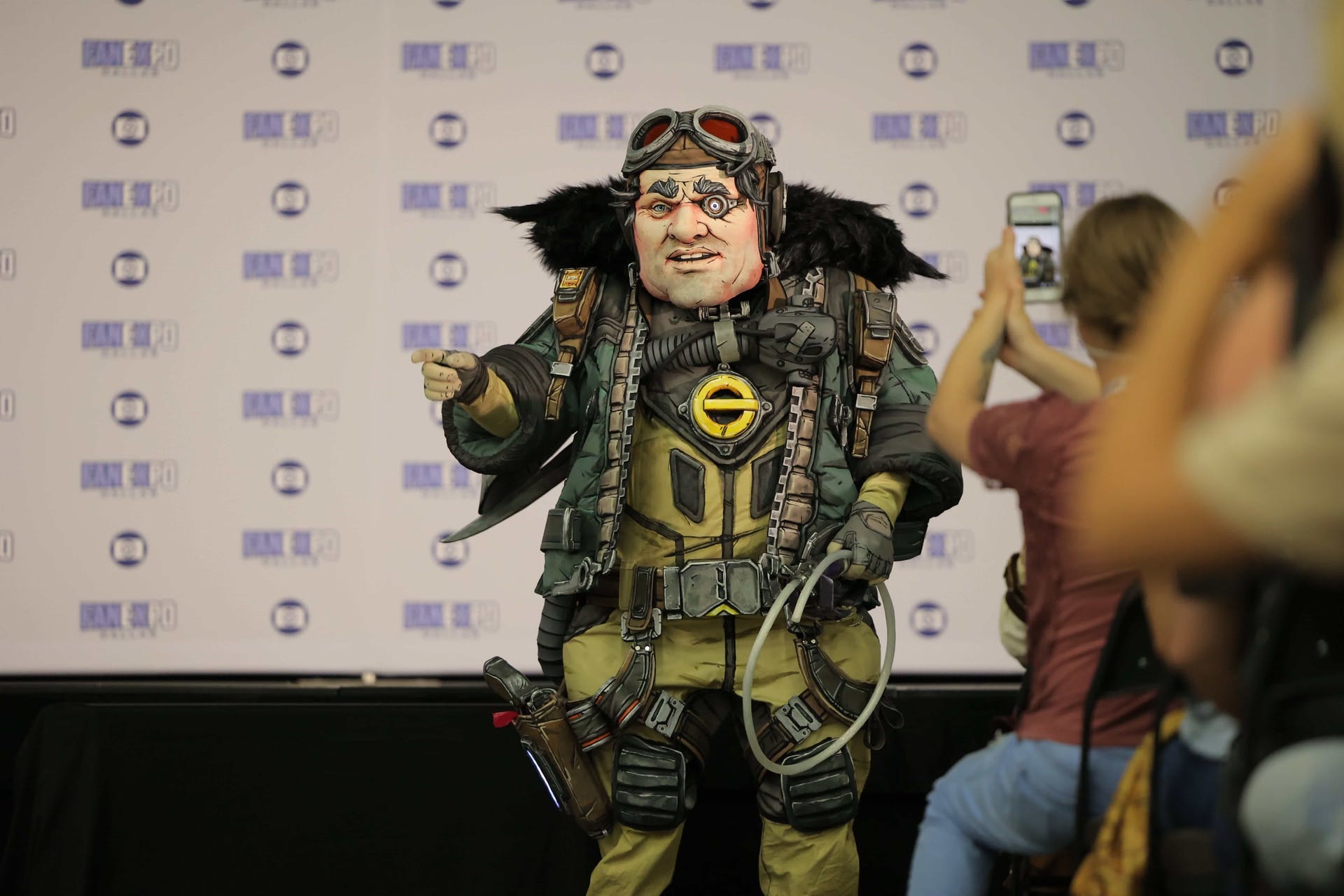 1. What city are you based in?

We are based in Fort Worth, TX.

2. Tell us a bit about yourself!

We’re a married couple who has been cosplaying for about 6 years now, and we just welcomed our first child last year. So hopefully this will become a family cosplay group, haha. Rachel does most of the cosplay creating, Ryan is our photographer and brings the characters to life as a model.

3. How did you get into cosplay?

We actually attended our first convention together while we were dating, which was Fan Expo Dallas! Rachel had made costumes for Halloween in the past but after attending a convention, we were both eager to try cosplaying and that quickly turned into competing in cosplay contests.

4. Do you have a cosplay piece that you are most proud of?

Definitely Typhon’s head! We weren’t sure it would turn out as well as it did when we started and we’re very pleasantly surprised.

5. Your Typhon DeLeon cosplay was amazing! How did that come about?

We were approached by the character’s voice actor to make Typhon back in 2019. We don’t typically do commissions, but jumped at the chance to work on something from Gearbox. Our first cosplays were from Borderlands 2, so Gearbox and their games have a special meaning for us.

6. What was it like winning Best in Show at FAN EXPO Dallas?

It was amazing! It felt very surreal to have worked on the costume for nearly one and half years and then have all the hard work validated like that in the end, haha. Everyone’s reactions to the costume were just so great!

Applications are now open for creators who would like to be featured in an upcoming Creator of the Month article for the FHQ Dallas.