Spoiler alert: if you haven’t checked out the first two episodes of Loki yet, you need to travel back in time to before you clicked on this article and go watch them. The survival of the timeline depends on it!

In the Marvel Universe, when a universe dies a new one is created. When one such universe had perished, He Who Remains, who was the last surviving member of the TVA from the previous universe, created the Time Keepers to protect the timeline and time, in hopes of avoiding the mistakes made in the past. There were four Time Keepers created, but one was exiled, leaving the remaining few to do the job.

The main responsibility of the Time Keepers was to resolve any time traveling issues, so they created the TVA to carry out their work and assist in, let’s say, timeline maintenance.

What does the TVA do?

The TVA is tasked with monitoring realities throughout the multiverse to ensure that any sequential meddling is kept to a minimum…or is at least manageable. They are responsible and have authority over all existing realities. However, their authority over realities is often disputed, with disagreements coming from organizations like the Congress of Realities, or from Kang the Conqueror.

Since we know that Jonathan Majors has been cast as Kang for Ant-Man 3, we’re beginning to think that Loki could be setting up the introduction to this time-traveling villain. Kang has many past and future alternate versions of himself that operate under different guises – could the introduction of multiple realities also mean multiple Kangs in the MCU? My geeky brain can’t take the possibilities! 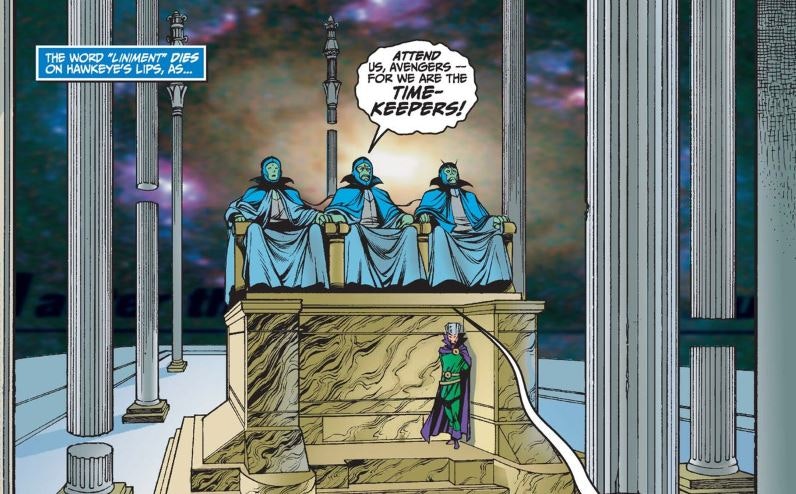 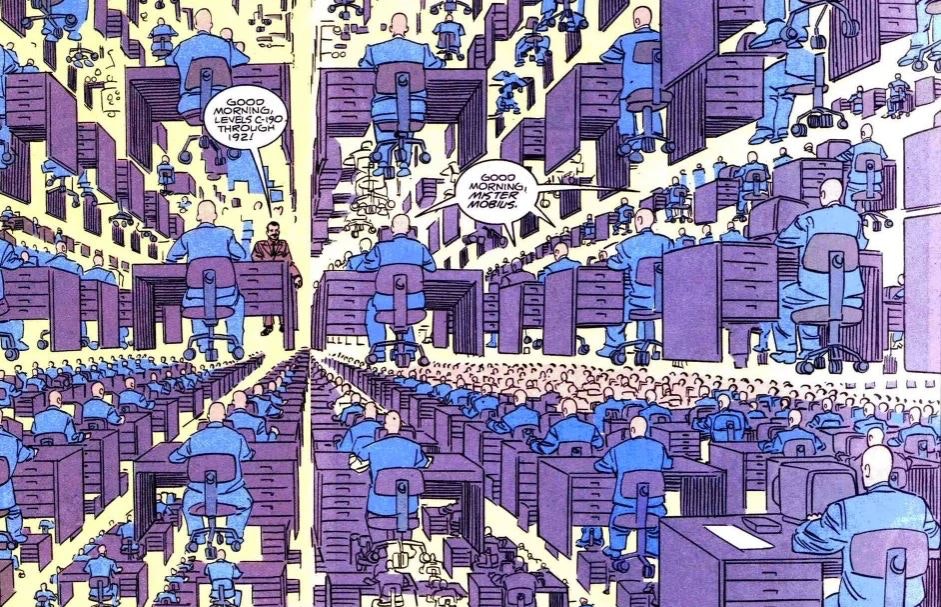 The Null-Time Zone is the base of operations for the TVA, AKA their office. This space exists outside of time and houses many different departments and halls. For example, The Hall of Chronometry is an endlessly large space filled to the brim with desks and monitors. This is where the Chronomonitors work, each assigned to a specific timeline to watch over. If an important event takes place in their assigned timeline, the Chronomonitor is responsible for evaluating the importance and deciding if they need to create various outcomes of the event, resulting in splitting the timeline as each new consequence is created. Once a new timeline is formed, a new desk, monitor, and a brand new Chronomonitor are created and appears in the Hall of Chronometry. That new Chronomonitor is assigned to the specific timeline that was just formed, and if an important event takes place…you get the picture. This is why the hall is endless.

There’s also the Hall of Discontinued Universes, where universes that are deemed to be too dysfunctional are – you guessed it – discontinued. Here, the universe is put to waste and evicted into nothingness.

As far as departments go, we don’t know all the departments housed in the Null-Time Zone but, given the sheer scale of the Hall of Chronometry, it’s likely to be a lengthy list. One of my favorite areas name-dropped briefly in the comics is the Department of Redundancy Department which, according to Mr. Mobius, is in need of a makeover.

The Null-Time Zone not only monitors realities, but it ensures that interferences are sent to trial. The Time Court sees time offenders plead their case in front of a committee and, should they be found guilty, are sentenced for their crime. The most dangerous time offenders are then re-located to another area of the Null-Time Zone: Time Cells. Prisoners are locked away here, where they are ‘folded into minor time-loops.’

Who works at the TVA?

TVA employees, or Chronomonitors, are born for a specific function, and this function sees that they have lifetime employment within the organization. How fun for them. In the new TV show, they’re referred to as Minute Men, and have way more personality and are individual characters, but likely one thing they have in common is they still don’t know what a fish is. These employees are clones, which is to improve efficiency, however, they do also recruit outside candidates who show promising ability, like Justice Peace.

Justice Peace worked in the Special Services for the Federal Police in Brooklynopolis before aligning with the TVA on a mission to capture Zaniac. This particular mission had him cross paths with Thor, and together they were able to save Jane Foster. After this incident, Justice Peace was officially recruited into the TVA and worked under Mobius M. Mobius.

Mr. Mobius M. Mobius is a hard-working member of the TVA who worked his way up the management chain to become an executive in senior management. It was under his supervision that the Fantastic Four, who were being prosecuted for their illegal time travel, were able to escape. Because of this, and because of some files that also went missing, Mobius’s position became unstable. He began exploring employment opportunities with the Kang Dynasty, and was able to use this as a way to protect his position with the TVA and gain a promotion.

Mobius was also one of the judges for the trial of She-Hulk, who had illegally used time as a way to warn Hawkeye of his future death. The villain Clockwise stopped the trial with a pretty inconvenient cannon, which left Mobius the only surviving judge in the wake of the weapon. After She-Hulk captured Clockwise, Mobius ruled in her favor and let her stay in her timeline. However, since she was guilty of playing with time and Mobius had a job to do, her sentence was to take a TVA prisoner into her custody. 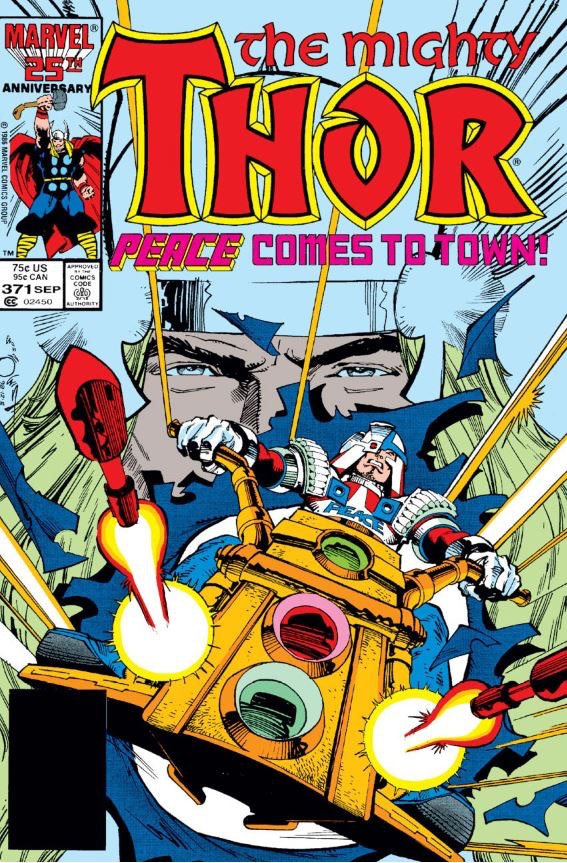 Mobius is far more active and dimensional in the new series, and with Owen Wilson taking on the character, Mobius is already an incredible addition to the MCU. Tom Hiddleston’s performance as Loki is, as always, spectacular to watch, and this long-awaited focus on the God of Mischief is shaking things up and fueling fan theories on what might be coming next in Phase 4.

Wednesdays are my new favorite day.