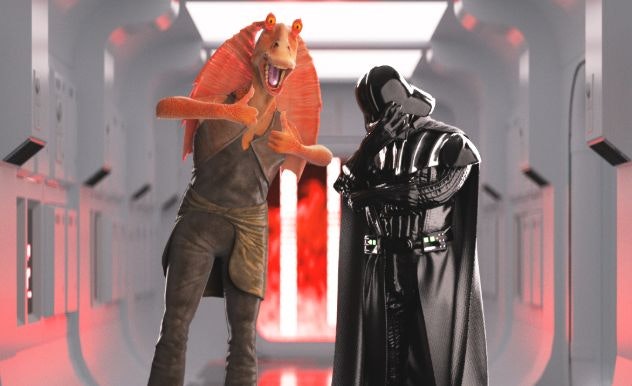 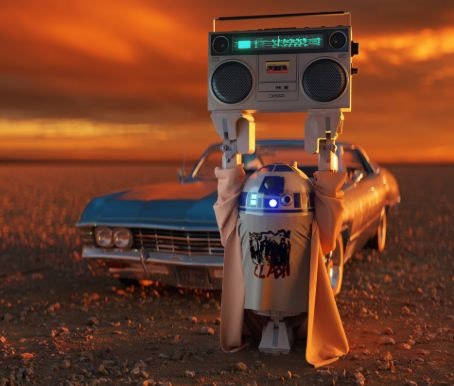 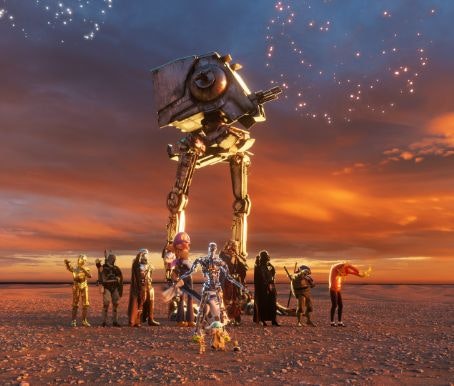 Welcome to Creator of the Month, where we feature an incredible creator from our community of fans and learn about who they are beneath the surface. This month, we have Mark Cannataro Films!

I’m based out of Toronto, Ontario, Canada.

I’d say I’m a self-proclaimed nerd. I love movies. I enjoy making them as much as I enjoy watching them, and I’ve been lucky enough to find a career doing something I’m so passionate about. In my day-to-day, most of what I do is actually freelance cinematography, but recently I’ve been venturing more into the world of 3D animation, which has been reflected in my social media posts the past few years. I’m also totally self-taught (with the help of YouTube tutorials).  Believe it or not, I went to school for accounting because I assumed I didn’t have the chops to find work in film, but while I should have been studying balance sheets, I was making a fool of myself in front of green screens trying to learn VFX. I’m still not even really sure how it all worked out, but I sure am grateful that it did, because I would have made a lousy accountant!

I’m into a fair amount of fandoms, probably more than I can name here, but the most important ones to me are: Back to the Future, Star Wars, the Marvel Cinematic Universe, Teenage Mutant Ninja Turtles, Ghostbusters, Super Mario Bros, and The Legend of Zelda. I’m also no stranger to FAN EXPO Canada as a result! I was lucky enough to get photo ops with both Michael J. Fox and Christopher Lloyd at Fan Expo events. When I met Michael, I wanted to recreate Marty’s family photo from the original film where his brother’s head is erased from existence. I even took it as far as creating an Instagram video where I replaced Marty’s photo in the film with my Fan Expo photo. You can still find that video on my Instagram feed for anyone patient enough to look.

How did you get into 3D animation?

My first real taste of 3D animation was when I saw Jurassic Park for the first time as a 9-year-old. I loved dinosaurs as a kid, and so seeing them come to life on the screen like that blew me away.

From that point on I was enamored with 3D, and I always wanted to be able to create something similar myself, but it wasn’t until about 20 years later that I touched any 3D software. I was working as a video editor at the time, and my employer wanted me to help create an impressive reel. I suggested we try to incorporate some 3D animations, but knowing I didn’t have any experience, he was very dismissive of the idea, effectively claiming that I wouldn’t be able to learn it and so I should forget about it. I was let go from that job shortly afterward and had been subjected to a lot of negativity in my last days there, to the point where I really questioned if I was any good at what I was doing. I felt worthless, but I didn’t lose sight of the opportunity this presented.  It was actually a blessing in disguise since now I finally had time to learn 3D! My first real attempt at 3D was superimposing a giant Stay Puft Marshmallow Man outside my sister’s window for her wedding video (Don’t ask). My old employer ended up seeing the work, and was so impressed, he reached out to me, trying to get me to work on some of his future projects. It was a very satisfying moment of vindication for me, and ultimately what started me on my current path, so I’m grateful it all happened as it did!

Do you have a favourite video you’ve ever made?

It’s very difficult to pick a favourite video. It’s a lot like trying to choose a favourite child, but I would have to go with “When You Don’t Hate Sand” which features 3 generations of Star Wars droids/cyborgs in a vibe circle on the beach, united by the awesomeness of Metro Station’s “Shake It”. It was my first video to reach over a million views, so it’s impossible to look back on that one without the fondest of memories. I received so many positive comments from people telling me that they started their day off in a bad mood, but when that video came on their screen, they couldn’t help but smile. I don’t think there’s anything more rewarding than feedback like that!

We love your Star Wars content, especially the videos featuring Grogu dancing! Which project was the most fun to work on?

The Grogu videos were all fun to work on, so let’s call it a tie between all of them! I’m not sure how many people know this, but the way that I create my animations is by physically acting them out in front of motion sensor cameras, and then applying the motion I’ve captured to the 3D model I’m trying to animate. So, basically, any time you see Grogu doing something in my videos, you’re technically watching my performance! It’s not every day that you have a justifiable reason to act like a baby, but I’ve enjoyed every second of it.

If you could give any piece of advice to new video creators, what would it be?

If I could give any advice to new video creators, it would be to create as much as you can. The best way to learn and improve is by doing. Don’t be afraid to fail, because the best way to remember how to do something right is by doing it wrong first.  If you’re posting your work online, do your absolute best not to use your view counts as a measure of your worth, and try not to compare yourself with other creators. I know that can be very difficult, but you have to remember that popularity doesn’t always equate to quality, and someone else’s success isn’t your failure. As long as you’re making videos that you enjoy and can be proud of, that’s worth more than any view count.

You mention in your TikTok bio that you made Mark Hamill laugh, what do you mean by that? Please tell us more!

After I posted my dancing droids video last July, a lot of people were kind enough to update me on interesting places they had seen the video pop up. I was shocked to find out that it had received over 2 million views on Twitter. This was all the more shocking considering I didn’t actually have a Twitter account at the time. Somebody had reposted my video and tweeted it at Mark Hamill’s official account, and he responded with a crying laughter emoji. That was a very special moment for me, especially as a Star Wars fan.  I had just posted what I thought was going to be another throwaway Star Wars post that very few people would see, but it ended up being seen by millions of people, including Luke Skywalker himself!