The Masters of Cosplay Grand Prix is back for 2022 and bigger than ever!

Register for the contest via the link at the bottom of the page. You will be asked to provide the following information:

Please note that registration does NOT guarantee a spot in the Cosplay Craftsmanship Cup.

There will be no on-site registration for the Cosplay Craftsmanship Cup.

Entrant numbers for this year’s competition will be capped at 45 (15 entrants per division).

Competitors will be selected by the contest organizers based on current progress of prospective contestant’s costume (s). Costumes do not have to be completed at the time of entry.

Once pre-registration has closed, prospective contestants will be informed if they have qualified for the contest. A wait list will be available for those who missed pre-registration or did not initially qualify. 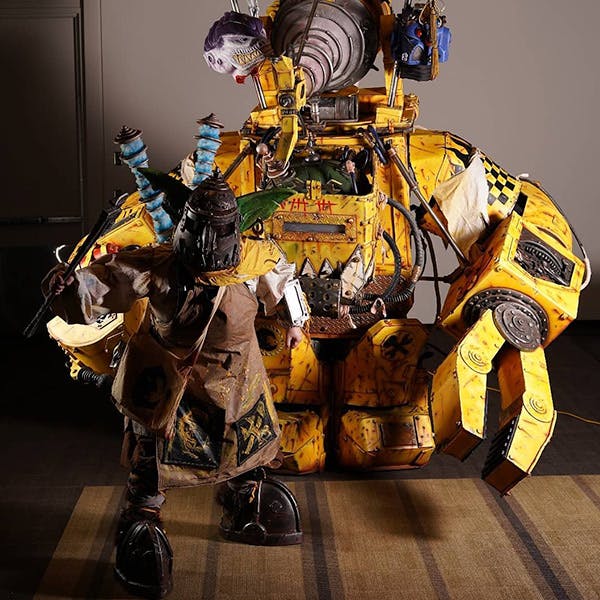 Fred and Elle Reed are propmakers, cosplayers, and costumers from Jacksonville, FL. Fred was a contestant on the premier episode of Syfy's Cosplay Melee and Elle runs an environmental nonprofit in Ponte Vedra Beach, FL. Together, they create cool, nerdy stuff and sometimes help save the planet. Together in 2019, they represented MEGACON Orlando at the Masters of Cosplay finals at FAN EXPO Canada, where they wore their larger than life cosplays of Warhammer 40K Ork Big Mek "WazzDakka AmmaDat" and his Grot assistant "Gubbinz"! 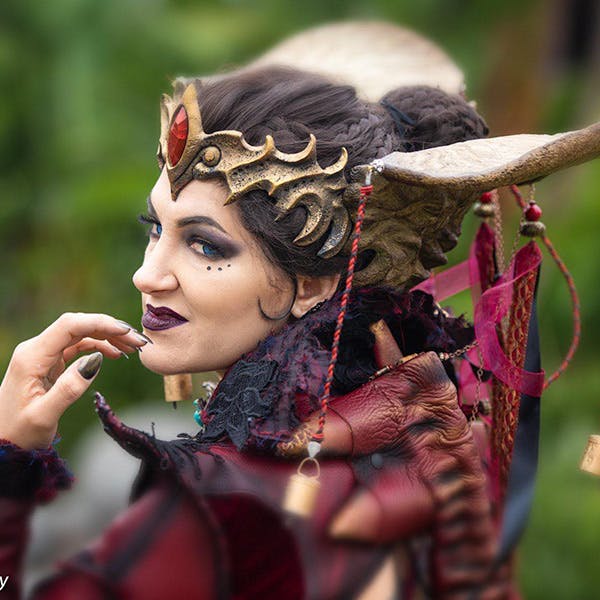 Chrissy Lynn, is a cosplayer mostly recognized for her Catwoman and Rogue Cosplay’s, and makeup artist/wig stylist from Southern California. She’s been a natural go-to in the community for SFX makeup, body paint, wig and hair styling. Her resume of work includes Blizzard Ent., Sideshow, Boom Studios, Marvel Becoming, Valiant Entertainment, Nerdist, Disney+, Twitch, PAX, and Machinima. Her more notable work has been head of makeup on Youtube’s Bat In the Sun channel, featuring episodes of Super Power Beat Down, Batman, Dying is Easy that went viral earlier in 2021, Ninjak vs the Valiant Universe and currently in production the feature film, Legend of the White Dragon, starring Jason David Frank, Jason Faunt and Kevin Porter. Chrissy has also spoken on many panels from Cosplay Makeup 101, POC in Cosplay, From Hobby to Career and All Shapes and Sizes. She celebrates her fandoms in many forms from DC comics Batman and Catwoman to Marvel’s X-Men and Disney’s Star Wars. When she’s not dressing up and running around conventions, working on set, or teaching costume and prop making she’s at home snuggling her cats and designing gothic home decor and accessories. 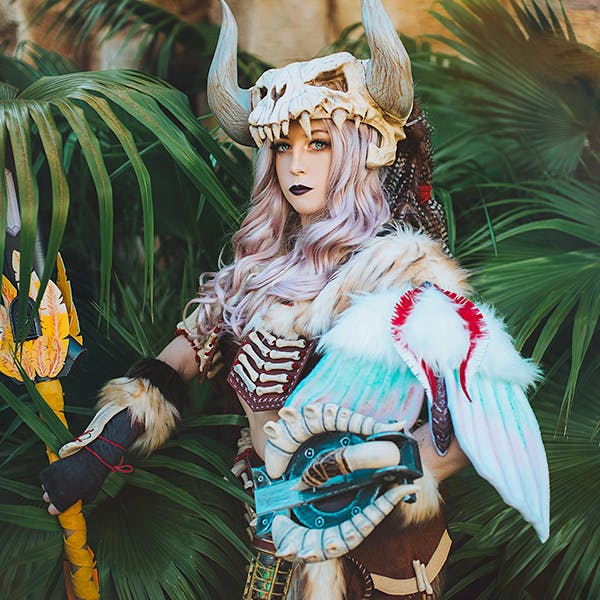 Lindsay Aries is the owner and founder of Leeleethebunny Cosplay. She has been cosplaying for nearly 20 years trying with each build to learn new skills and take on new challenges. She has judged dozens of costume contests both in the US and Internationally. She has been commissioned by several video game and anime companies to create bespoke cosplays for shows including Gamescom in Germany representing Fortnite. Lindsay is most known for her intricate leather work and striking armor.