Most Anticipated Disney Shows for 2021 & Beyond

Last year was filled to the brim with unexpected events, but by far the best of unforeseen occasions came in the form of the Disney Investor Day in December. We all knew Disney would touch on projects already in public knowledge during the event but NOBODY expected the sheer amount of announcements that came out! With the exciting release of WandaVision’s first three episodes, here’s a helpful reminder of some of the shows that are coming right after the show finishes its first season and in the future. 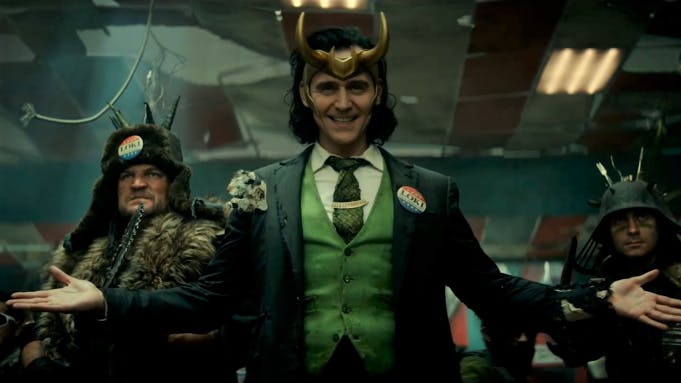 The Falcon and the Winter Soldier and Loki will arrive on our TV screens in March and May 2021, respectively, along with What If…? later in the year. New specials announced included Secret Invasion, which will star Samuel L. Jackson as Nick Fury, Ben Mendelsohn as Talos and will focus on a Skrull infiltration on earth, and Iron Heart with Dominique Thorne. Armor Wars, featuring Don Cheadle as War Machine, will explore what happens when the Iron Man tech falls into the wrong hands. Other specials revealed: The Guardians of The Galaxy Holiday Special, written and directed by James Gunn, and I Am Groot, a series of shorts featuring Baby Groot.

Tatiana Maslany was also confirmed as the lead in She-Hulk, with Mark Ruffalo joining as the ‘Hulk’ and Tim Roth returning as ‘Abomination.’ Hailee Steinfeld was confirmed for Hawkeye and newcomer Iman Vellani was announced as the lead as Ms.Marvel. Furthermore, the role of ‘Gorr the God Butcher’ in Thor: Love & Thunder was confirmed to be played by Christian Bale.

Marvel also stated that Black Panther 2 has been pushed back, as they have no plans to replace Chadwick Boseman as Black Panther so the film will instead explore Wakanda and other characters. Also... they are reviving Fantastic Four! ( This a reboot I am really hoping Disney will knock out the park!) 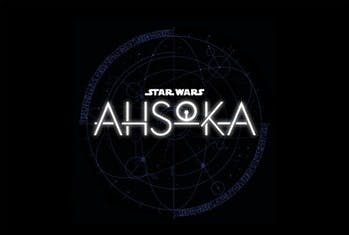 Star Wars fans rejoice! A bounty two-some of The Mandalorian and The Book of Boba Fett are coming this December.

Then in a galaxy not too far, far away, two new series, Rangers of the New Republic and Ahsoka will both be set during The Mandalorian timeline, with the three series eventually crossing over and, yes, Rosario Dawson is set to return on screen as Ahsoka Tano! Other titles announced include Lando and The Acolyte. We were also treated to a peak of Andor, a spin-off feature about Cassion Andor from Rogue One, currently in early production. Other news coming out from Lucasfilm was the reveal that the upcoming Obi-Wan series, which will be set 10 years after Revenge of the Sith, will see Hayden Christensen returning as Darth Vader.

Lastly, Lucasfilm also announced two Star Wars feature films; Rogue Squadron is set to be released in December 2023, directed by Patti Jenkins, and an untitled film directed by Taika Watiti is on its way, which promises to be fresh, unexpected, and unique. 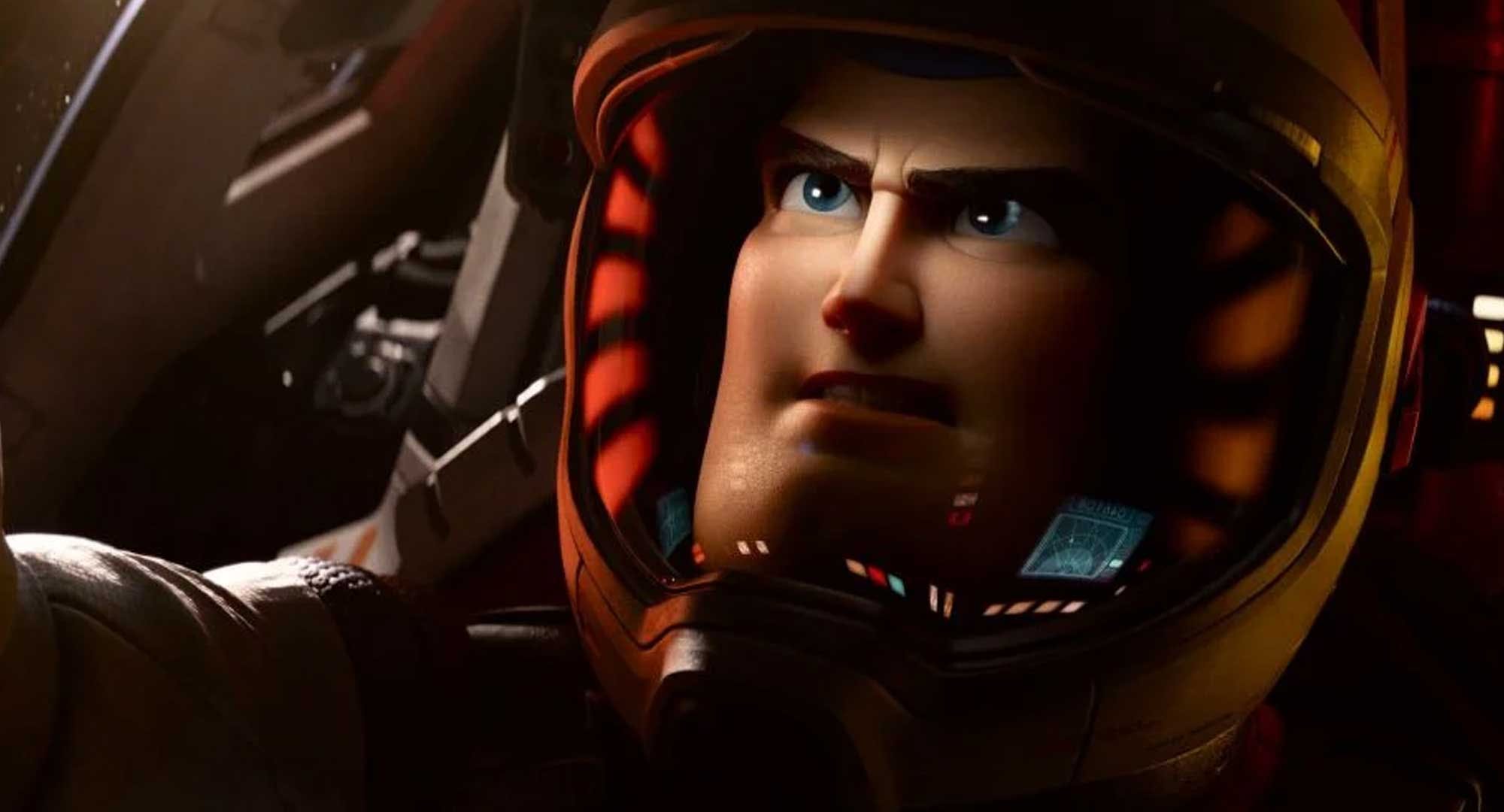 It's a bit of a ways away but new Disney+ series details were shared, including a sequel series for Cars, Dug Days (featuring Carl and Dug from Up), and Pixar Popcorn, a series that will focus on Pixar characters in bite-size shorts. Two new Pixar features will be released in 2022, Turning Red and Lightyear, the origin story of Buzz Lightyear who the toy version was based on in Toy Story. Buzz will be voiced by Chris Evans. 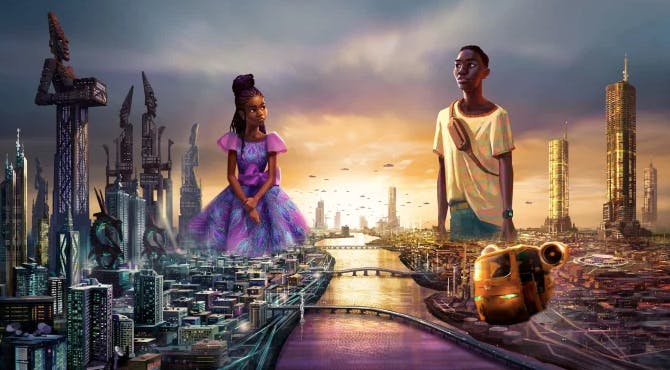 Feature film, Raya and the Last Dragon was previewed and it was revealed that it will debut simultaneously on Disney+ Premier Access and in theatres in March 2021. We also got a sneak peek of the feature Encanto, about a magical family living in an enchanted house in Colombia, with original music by Lin-Manuel Miranda coming in November 2021.

More exciting news came in the form of the animated series spin-offs, like Baymax (from Big Hero 6), Zootopia + (an expansion on the city of Zootopia), Tiana (from The Princess and The Frog), Moana (from, you guessed it, Moana) and a new series Iwaju, which will be produced in collaboration with Kugali, a Pan-African comic book entertainment company.

And…while not technically an animated feature (but it does have an animated squirrel) Flora and Ulysses was announced, based on the popular children’s book of the same name. The main character, Flora, is an avid comic-book fan who becomes friends with a squirrel with superpowers (who also happens to be a fabulous poet). 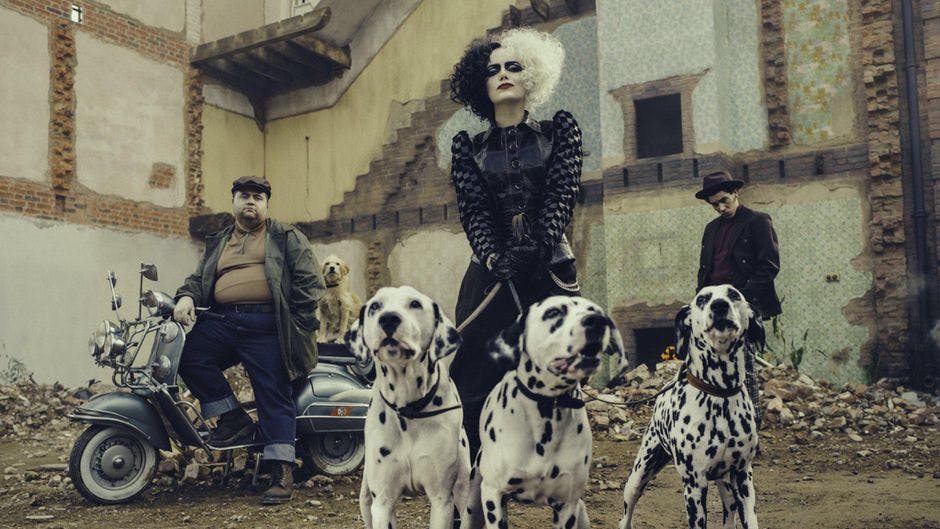 Cruella, starring Emma Stone, will be dropping in the spring of 2021, along with The Little Mermaid, poised to be released in November 2021. A prequel to The Lion King was announced, alongside a sneak-peek into Pinocchio, where it was confirmed that Tom Hanks has been cast to voice Geppetto. A Beauty in the Beast spin-off series was also announced to currently be in development, starring Luke Evans and Josh Gad reprising their roles from the 2017 film.

Reboots, Sequels, and Spin-Offs…Oh My! 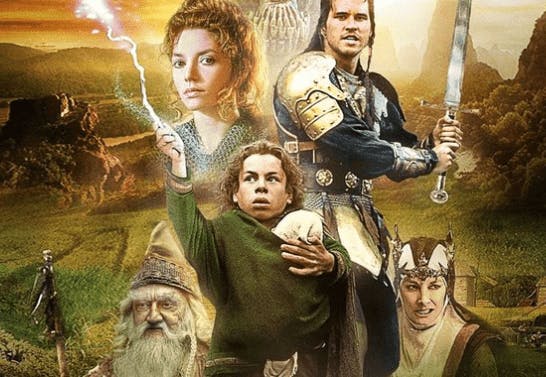 It was revealed that a series based on the Alien franchise is being produced for FX by Noah Hawley (the showrunner for Fargo and Legion). Also announced, a highly anticipated Hocus Pocus 2, a not-so highly anticipated Indiana Jones 5, and a sequel series for Willow, reportedly set decades after the original film with Warwick Davis reprising his role as the titular character. In the world of reboots, Disney is breathing new life into the Percy Jackson and the Olympians franchise.