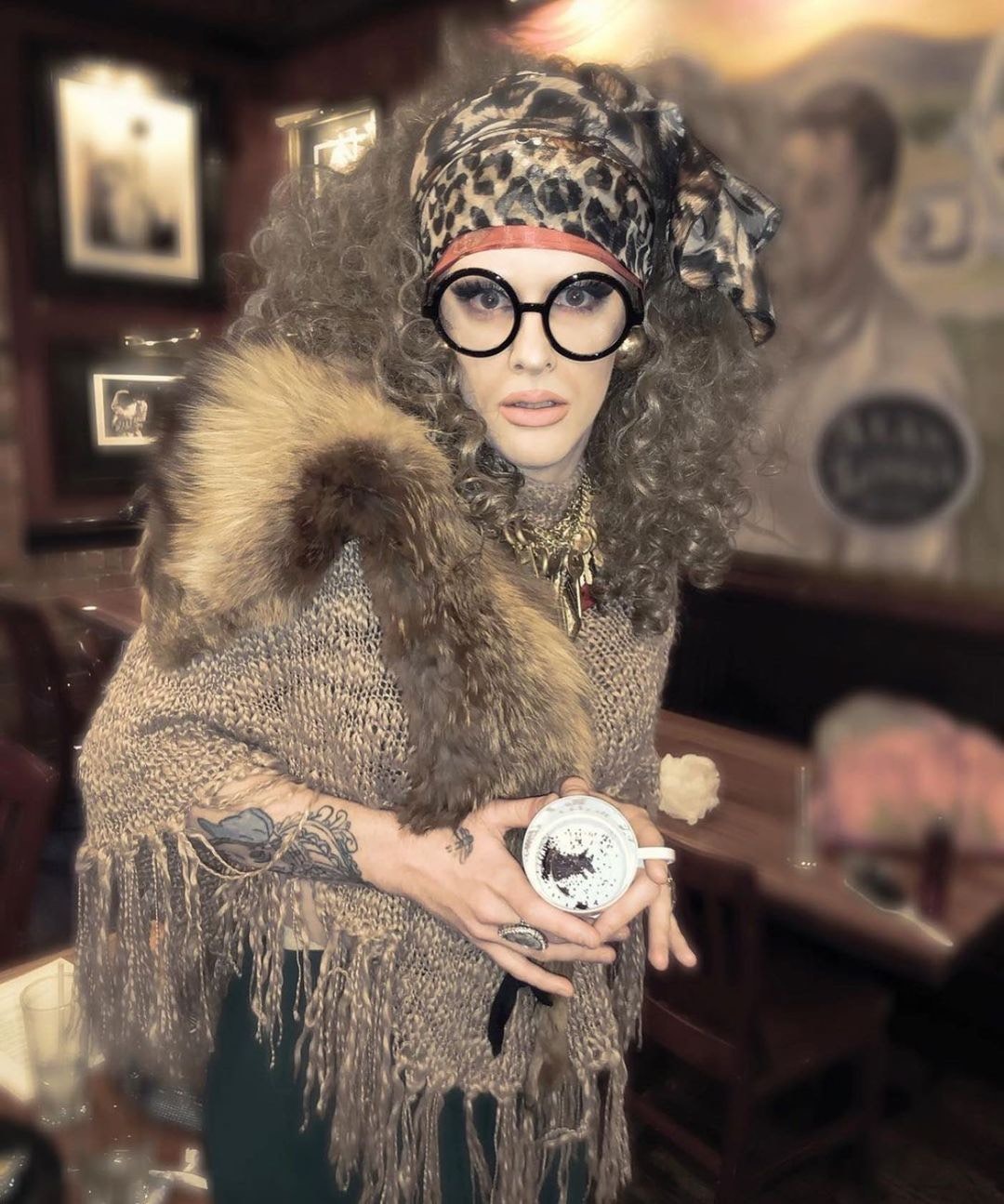 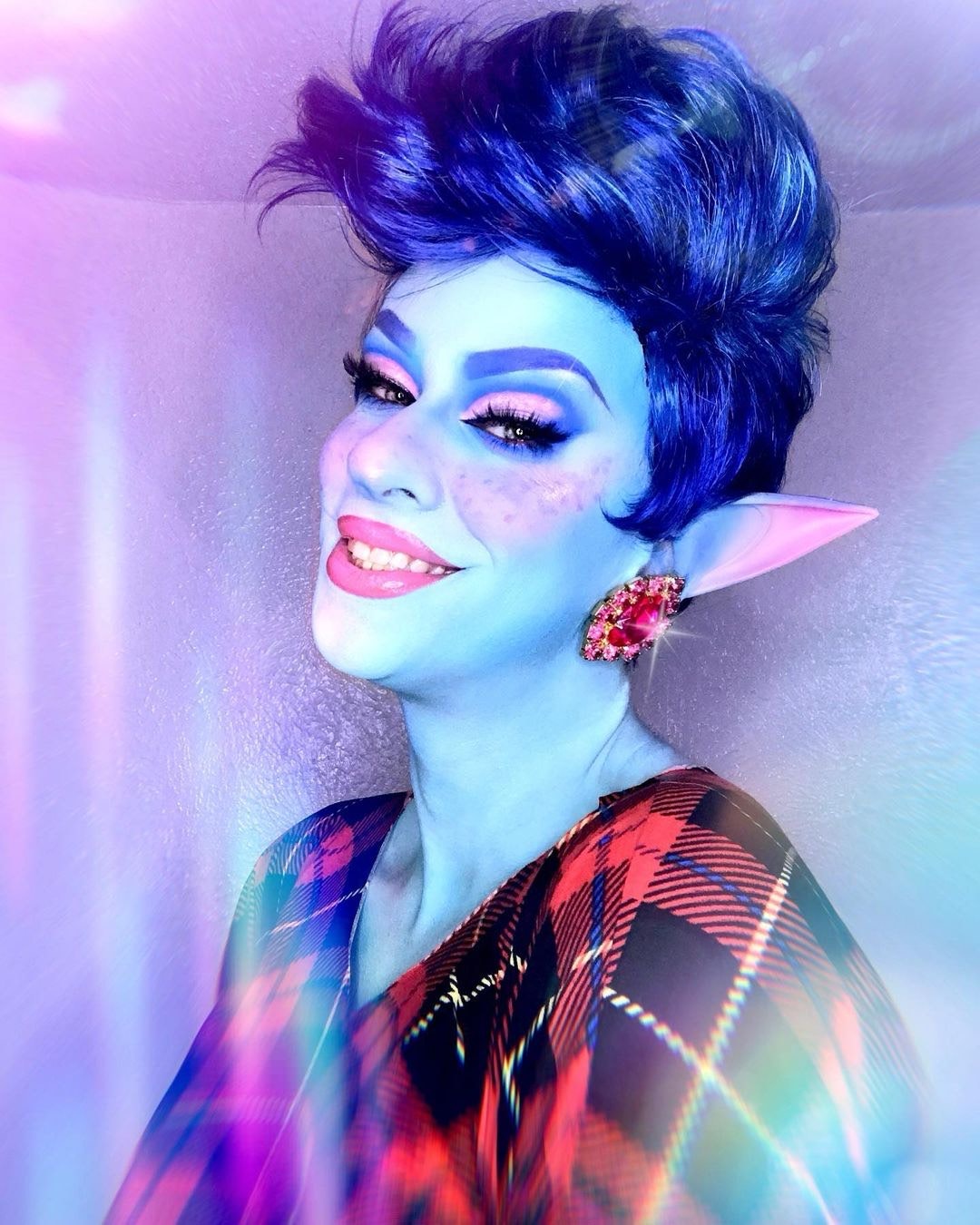 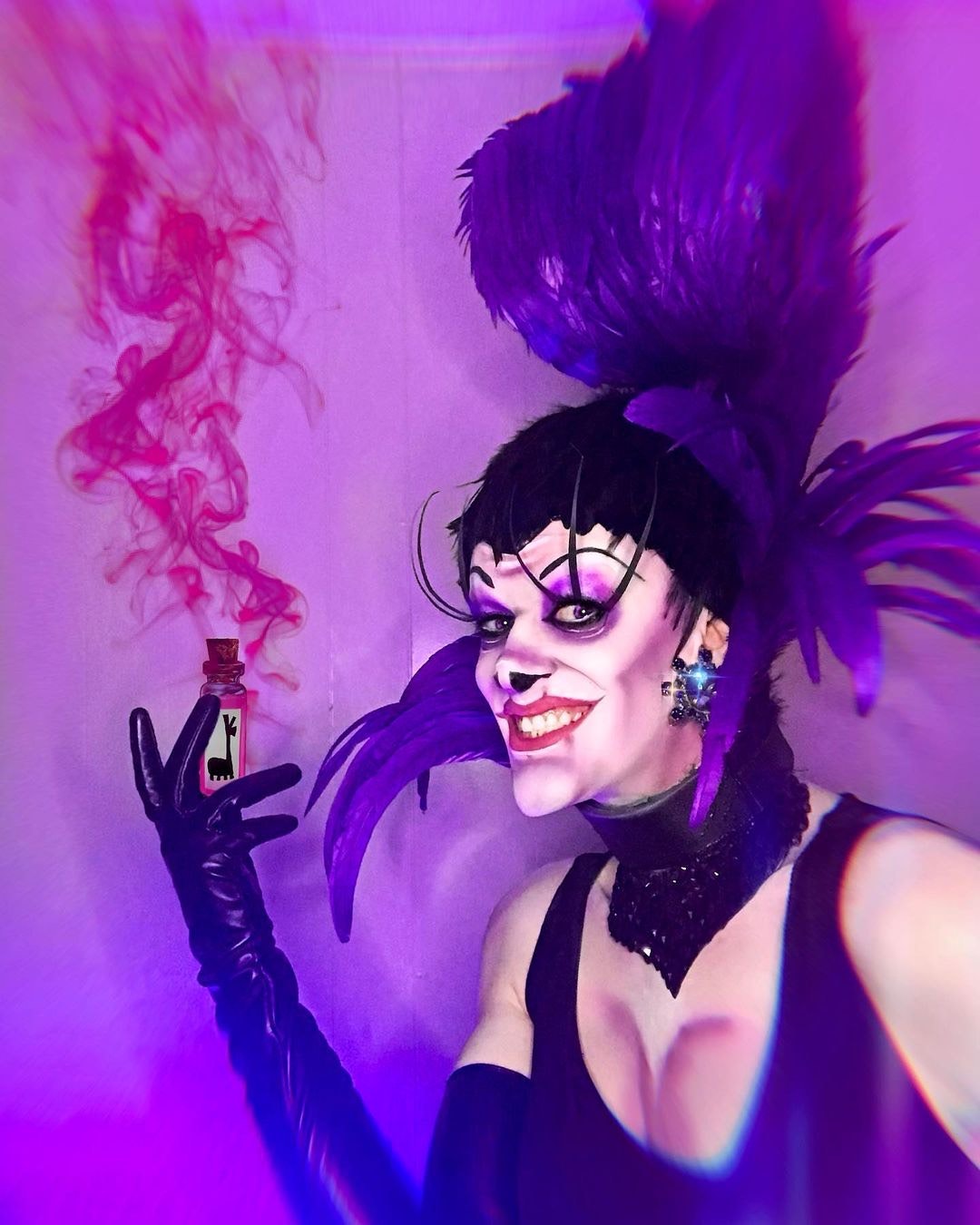 Creator Of The Month - April Rition

Welcome to Creator of the Month, where we feature an incredible creator from our community of fans and learn about who they are beneath the surface. This month, we have April Rition!

Originally, I am from Jacksonville Florida, but I’ve been living in Dallas, Texas, for 6 years now.

My name is April Rition, which is a play on words of an Apparition, and I categorize myself as a Non-Binary Queer Entertainer with a fluid aesthetic. My range of drag varies from hyper fem to androgynous to avant garde to cosplay and, sometimes, just walking pieces of art... you name it, I’ve either done it or I’m going to try! When you see me perform or even just posting photos online, I like to pay close attention to details and tell a story as much as I can. I tend to show a lot of emotions and, with that being said, I often call myself an “Experience!”

I’m into a wide range of fandoms from Thierry Mugler, Marvel, Harry Potter, Percy Jackson, the Trolls movies, How to Train your Dragon, Skyrim, and plants. My interests are quite broad, everything from fashion, superheroes, cartoons, nature/foraging...you name it! I never liked putting myself in a box and I tend to have a short attention span. Growing up, I was interested in a ton of things and, even as an adult, I find myself learning new skills/ crafts, watching new movies, and playing a range of games. Which is one reason my style of drag is so widely varied.

I have SO many style icons but one of my biggest fictional inspirations would have to be anything and everything mythological! I love the beauty and the uniqueness that mythology gives us. There is so much to it that it is so hard not to look at a picture of a fairy, or a wizard, or even a unicorn, and be inspired by it and want to create something on yourself to look just as beautiful and whimsical. It just makes me feel beautiful and ethereal.

I absolutely love it and we need more of it! It is amazing to see queer people represented as heroes and such! It is amazing to see powerful strong figures that look like us, act like us, and even talk like us, and it is someone we can relate to and want to be when we grow up. Even as an adult I get teary eyed when I see lgbtq+ representation in movies and films, especially in the non-stereo typical way because it shows that us queer people are more than just the sassy white gay friend in the background, we can be the lead role, we can be strong superheroes, and even have that major love interest and get the man or woman, or even non-binary partner, in the end!

Drag and cosplay run hand in hand with each other in a lot of ways. For example, for a lot of people drag is a different persona or character they put on, which is exactly what cosplayers themselves do. Drag and cosplay are all about the creation of characters, whether that be original ideas or recreations, we bring them to life in quite similar ways down to padding our bodies, sewing garments, and even crafting weapons and accessories. I tend to get a ton of inspiration and methods of doing things from the cosplay community, and I think the cosplay community has learned a few things from us as well. With drag nowadays being not solely on dressing to resemble a woman, and more about the art and gender, a lot of drag and cosplay bleed into each other and I absolutely love it!

The one thing that I hope to achieve in my drag career is to be looked up to! When you’re a part of the drag community and you think of drag legends, you think of people like Tommie Ross, who is an icon because she is authenticity herself, always growing and learning from those around her and isn’t afraid to live her truth. She is a kind, caring, and respected woman who people look up to! I want to be someone like her, someone that others want to be or be like, I want to be a non-binary Queer who isn’t afraid to be themselves and not be put in a box, so some young queer who is just discovering themselves knows that it is perfectly okay to be who they are. I always, and will always, continue to grow, learn, and continue to be the experience that I am, and to never be stagnant, because even those that are just starting drag can teach you new things!

A few pieces of advice I would give to anyone starting drag would first be to respect those that came before you and paved the way so you can be as openly queer as you are today! Second, if you want to be the best, you must compete with the best! Don’t be afraid to put yourself out there and compete in talent nights and pageants. Don’t be afraid to put yourself up there alongside others that have been in the game longer because anyone can be beat! Third, drag can be expensive so if you plan on going into this for the money, think again. Although drag can be fun and an amazing way to express yourself, be ready to drop a pretty penny if you plan on doing this for the long run and as a career! It can be a cutthroat job, and you always want to keep growing your wardrobe and growing as an entertainer as the world changes around you!  Lastly, all drag is valid and ANYONE, and I mean ANYONE, can do it. Drag is no longer (D.R.A.G) Dressing to Resemble a Girl, it is now about Deconstructing, Reassembling, Art, & Gender. Now go out there and be Queer!