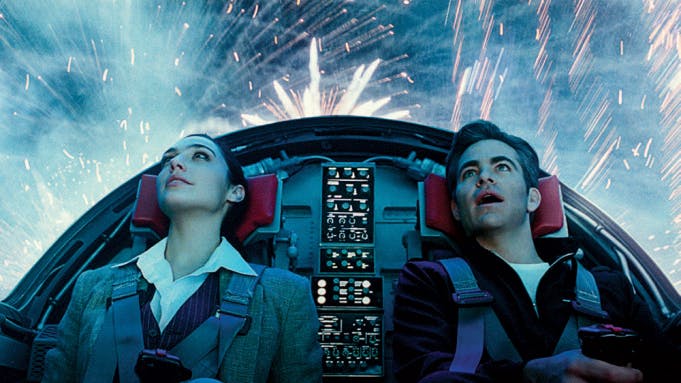 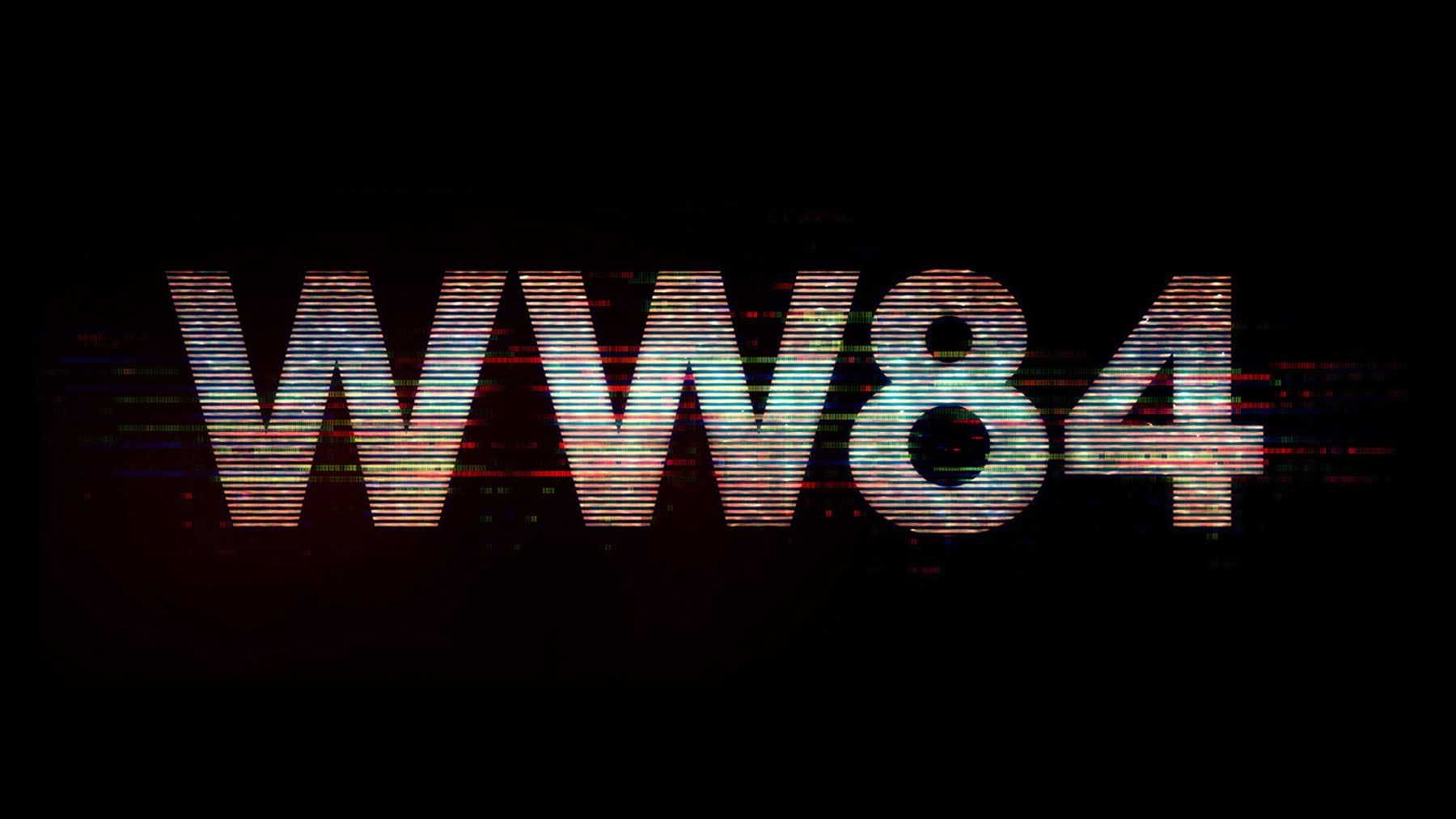 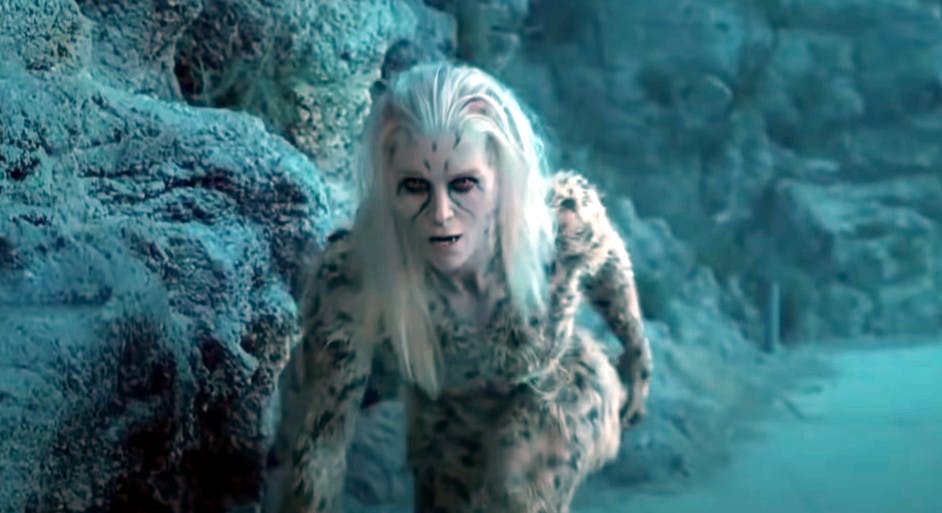 A WARRIOR FOR THE AGES

It’s time to reveal your truth - was Wonder Woman 1984 worth the watch? Or did our Amazonian princess fail to capture our hearts the second time around? Well, it's a little more complicated than you might think. So, tighten up your lasso and let’s get physical (sorta) to the 80’s visually inspired movie release of Wonder Woman 1984.

Released on Christmas Day, WW84 became the first major (potential) ‘blockbuster’ to hit streaming, despite ongoing postponements from other anticipated movies such as Black Widow and Dune. Director Patty Jenkins, alongside her executive team at Warner Media, positioned WW84 as the catalyst to Warner Brothers' 2021 releases which will be simultaneously available in  theatres and HBO Max. For me, this came as both shock and surprise. But ultimately, the idea of watching WW84 on Christmas Day with my family in the comfort (and safety) of my own home was something I could not be more excited for.

While the hype and anticipation for WW84’s release had been building up for nearly a year, its debut was met with mixed reviews and criticism from media and fans alike. If you haven’t watched the film yet, I’d suggest parking your invisible jet here and coming back when you’re ready for a *fight* - because HERA knows, this film needed more of it. 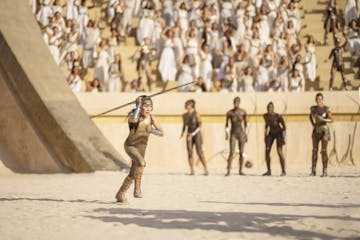 WOW. just WOW. I honestly wish the opening sequence set the tone for the rest of the movie because this flashback to Diana on Themyscira was incredible. The visual effects and nods to the Wonder Woman mythos gave new life into Diana’s story - in the continuity of the DCEU (which we will discuss more later). I loved seeing Robin Wright (Antiope) and Connie Neilson (Hippolyta) make their return - though very brief. I think Patty needs to tap into this storyline more in future iterations of the character, it seems to bode well with fans. 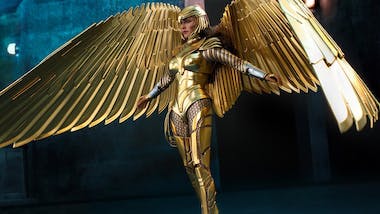 WW84 is nothing if not SHINY. The cinematography in tandem with the score by Hans Zimmer truly made this film ‘glow’ in every sense of the word. From the armour, to the scenery and yes, even the action scenes - I firmly believe Matthew Jensen and Hans Zimmer made magic and truly did a lot of the heavy lifting in how this movie was presented and played out. I mean, even scenes with short dialogue had incredible sound. Hats off.

Technicolour of the 80’s 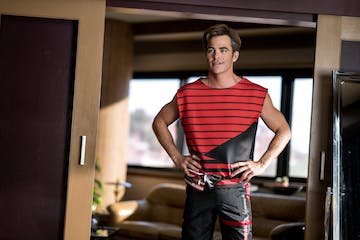 Technicolour of the 80’s

Piggybacking the resurgence of 80’s and 90’s nostalgia, I think this film did an excellent job of capturing both the stylized lifestyle of that era while paying homage to various trends that made the 80’s one of the most beloved decades in recent history. This was especially apparent in the styling by costume designer Lindy Hemming (007’s Casino Royale, Batman’s The Dark Knight). Her prowess most notably referenced Gal Gadot's white party ensemble where the slit in her dress revealed an endless stretch of leg - presented both strikingly and tastefully. 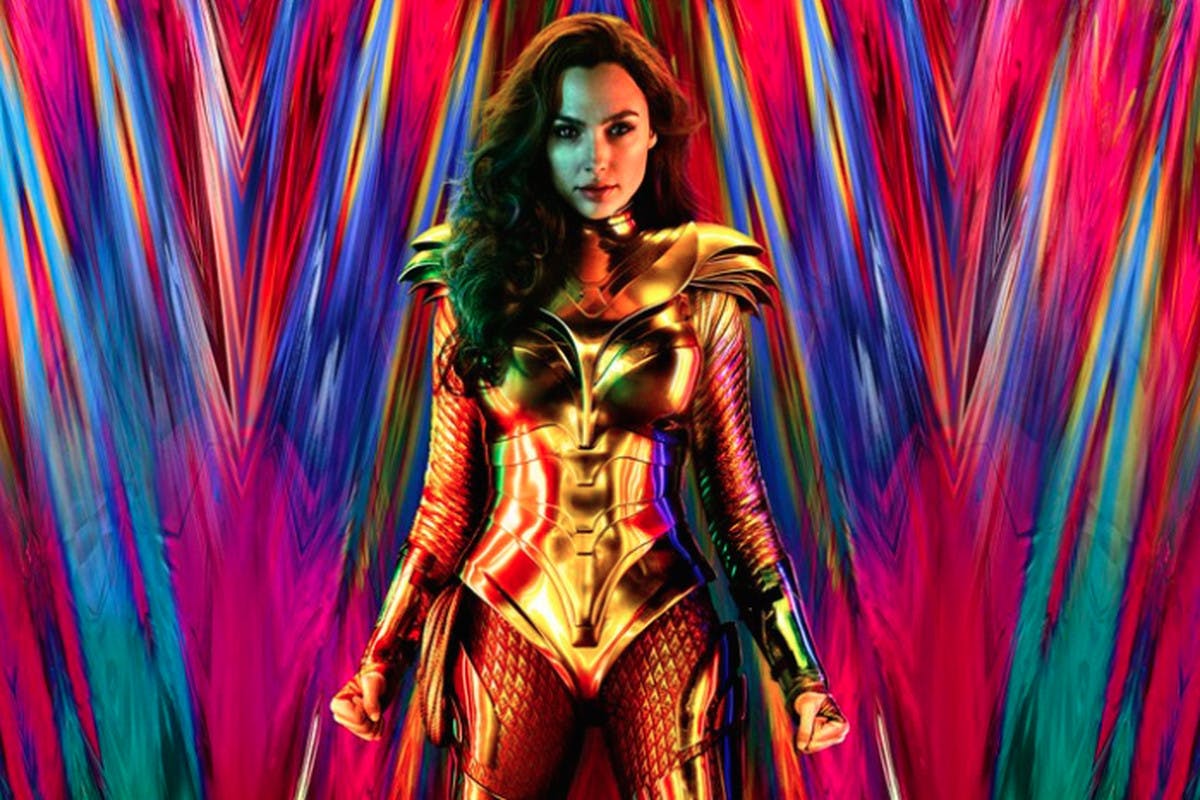 After multiple delays, we finally got to see Gal Gadot reprise her role as our warrior princess Wonder Woman. In all honesty, after seeing the first film and watching her multiple appearances within the DCEU, I am confident that Gal Gadot was the PERFECT actor to play this character. She breathes life into Wonder Woman and provides a clear and refreshing contrast to what we’ve seen from other characters of the DCEU. Though her characterization at the start of the film was a bit too one note for my liking, I appreciated how far her character went in exploring the other side of Diana - the lover. Her scenes with opposite Chris Pine (Steve Trevor) and even Pedro Pascal (Maxwell Lord) were show-stopping to say the least. 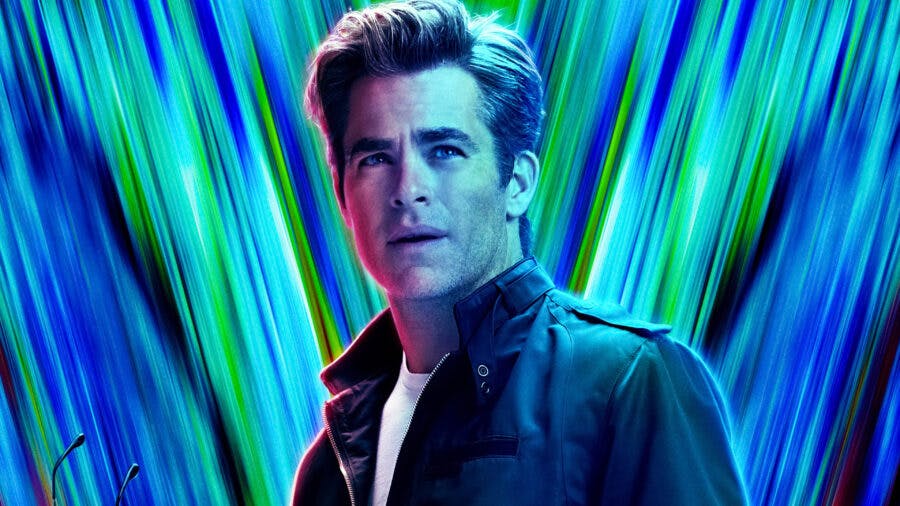 Did we really need Steve Trevor back again? No. Was I happy to see him? Absolutely. I continue to believe that casting Chris Pine as Steve Trevor is one of the strongest male acting choices within the DCEU to date. He portrays the character so well, and in a world where male audiences feel diminished by the ‘emasculating’ of characters by strong female leads, Patty Jenkins manages to break that negative stigma by creating a character that not only compliments Gal Gadot’s Wonder Woman, but stands on his own two feet firmly as a separate character. Personally, I don’t need to see Steve back in Wonder Woman 3, but I don’t know who they could replace this strong casting with - I guess we’ll just have to wait and see *cough* flashpoint *cough*. Also, am I the only one who cried during his final goodbye to Diana? No? Just me? Okay. I will say however, I am not the only one that didn't love his very awkward return to the franchise - it gave me Invasion of the Body Snatchers vibes and I was NOT here for it. 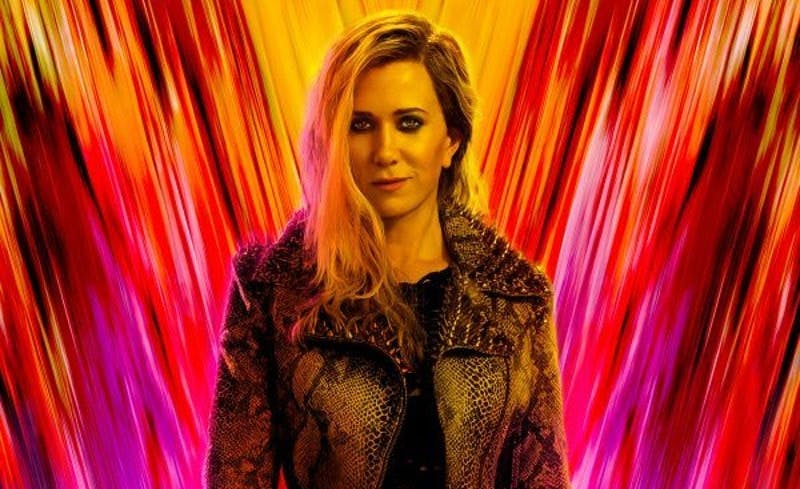 I have a lot to say about this portrayal from Kristen Wiig. I didn’t mind it, I actually liked it to some degree - I think I just wanted more - because the character deserved more. Cheetah is fierce, ferocious and relentless. But somehow in WW84, I felt short changed by Barbara/Cheetah’s character development as a whole. Both sides of the character are shown as very one note. She's either aloof and desperate or jealous and combative. I think more justice could've been done to Wiig’s character development as Barbara had there been more use of source material from the comic books. At best Cheetah is a physical foil to Wonder Woman. Kudos however to Kristen Wiig in her first real action role, I think she is extremely talented and would love to see her return as Cheetah - with perhaps a little less bark and a little more bite - or is that a meow? Purr? Nevermind. 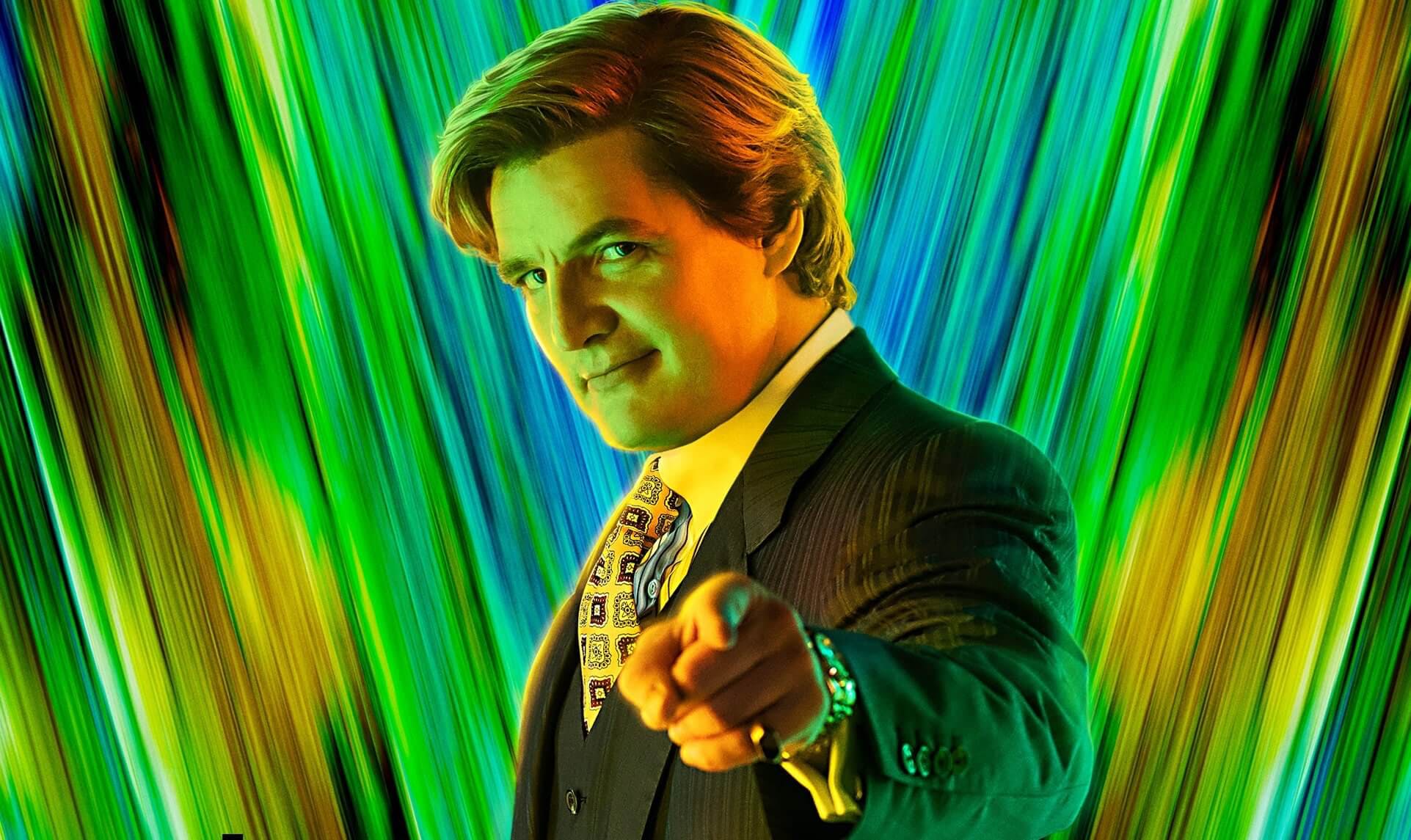 How does that story go? Atlas carrying the world on his back? Well, Pedro Pascal’s Maxwell Lord certainly carried this film right till the end. What a gripping performance by our Mandalorian star. It's almost customary to assume the villain is just a villain - complex past, beyond the point of redemption, vengeful etc. But while Max Lord might show hints of these predictable tropes, he is so much more than that. In the comics, Max is not Wonder Woman’s main villain by a long shot - in comparison to Cheetah, Dr. Psycho and Giganta. But for this movie, he provides a striking example of how a not-so-favoured character can be redeemed like Aquaman in recent years. Max, though deeply troubled, is driven by real world insecurities and fears that oftentimes makes him feel more relatable. I won’t lie, I cried plenty of times during his many dialogues with various characters. But it is the love for his son that truly allows his character to be something more than just a conventional villain. Without the dream stone I’m not sure if they will bring Max back in future films, but I wouldn’t be opposed to it - even if he might be powerless.

Duality: The Lover & The Fighter

In the first Wonder Woman, I’ll say that there were definitely more action/fighting scenes - some well choreographed, others...well… questionable (looking at you Ares). But in contrast to the current film, the first brought more opportunities to see Diana fight. In WW84, the only real fighting scenes were between Cheetah at the White House and the broadcasting station. The scenes almost felt cartoonish, which to some degree I didn’t mind, but felt a bit lacklustre in the end. I respect Jenkins' approach to creating a different kind of superhero film, focusing more on the storytelling and other side to Diana as a character, but she notably compromised on developing the dynamic between her and Cheetah in its fullest. The fight sequences were short and held low stakes in comparison to that of Zod vs. Superman or even Aquaman vs. Oceanmaster.

This has been the constant debate between comic book lovers and critics - how do you find balance between the two iterations of Wonder Woman source material - the lover and the fighter. On one hand, Diana portrayed as a fierce warrior provides representation that the DCEU has not had since, well, ever. On the other hand, having a female character show compassion and love is not a weakness, nor is it a character flaw that needs to be corrected through violence. Sure, some may argue that the ‘soft’ characterization is something common amongst female characters - but I firmly believe that there is a strength and unique perspective in having those qualities of compassion and love. Furthermore, who’s to say you can’t have both in a character's identity? I think it serves the character well by working to bridge the clearly polarized opinions on how Wonder Woman should be portrayed. 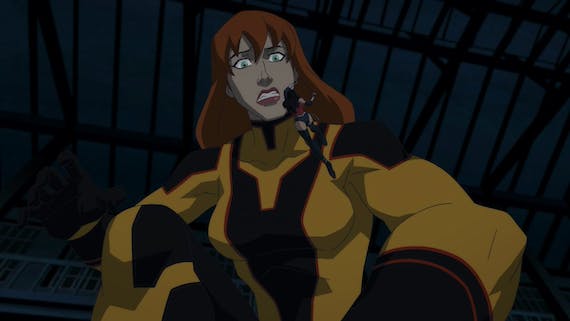 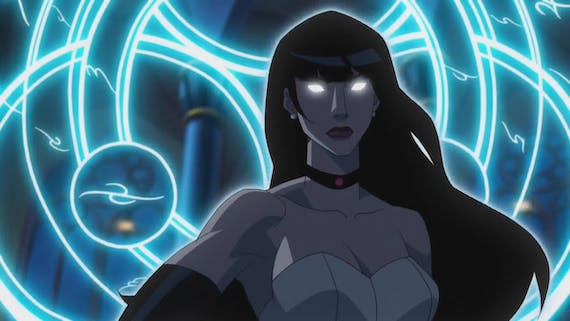 As for Wonder Woman 3, there are so many opportunities to see some of Wonder Woman mythos' favourite characters make their return and/or debut. I’m of course hoping to see Cheetah back in full form, but also looking forward to seeing the rest of Wonder Woman's small, yet notable rogues gallery. More specifically, Giganta and Circe - which I think can play great opposites to Diana in terms of storyline and combat. Even with the potential inclusion of Circe (magic user) as a main antagonist, this would see DC’s first female villain take centre stage along with creating potential storylines that could see other DC magic based heroes make their introduction such as Zatanna, Swamp Thing and of course, Constantine.

Upon multiple views, I realize that I quite enjoyed the movie for what it brought to the table. I commend Patty and Gal for attempting something different within the superhero genre, and I totally respect their approach to shifting the mindset of die-hard fans. Personally, there were elements of the movie I absolutely adored like the colours, score, PEDRO PASCAL… but at the end, I might have preferred the first Wonder Woman just a little bit more. The DCEU has so much potential, so many characters across comic books series that are quite frankly far superior in their development than most other characters from competing franchises. In the future I hope to see even more world building, and some fan favourites to make their debut. 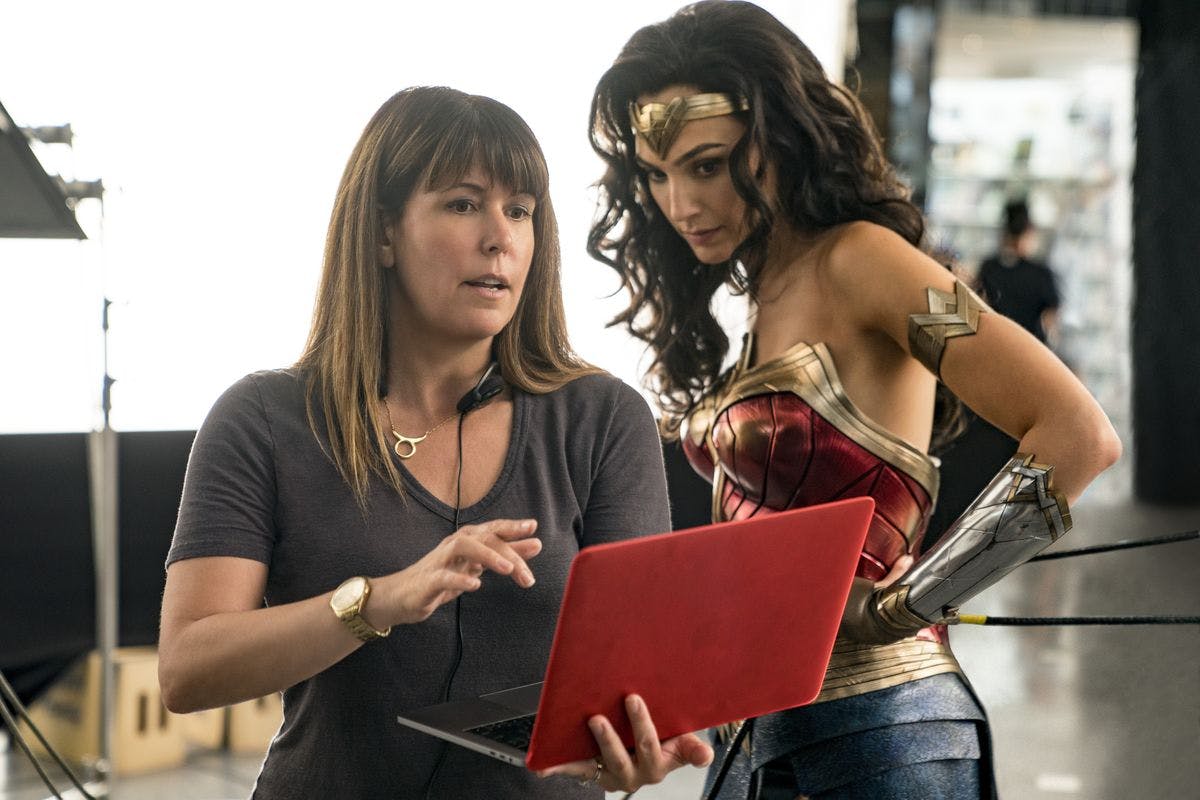 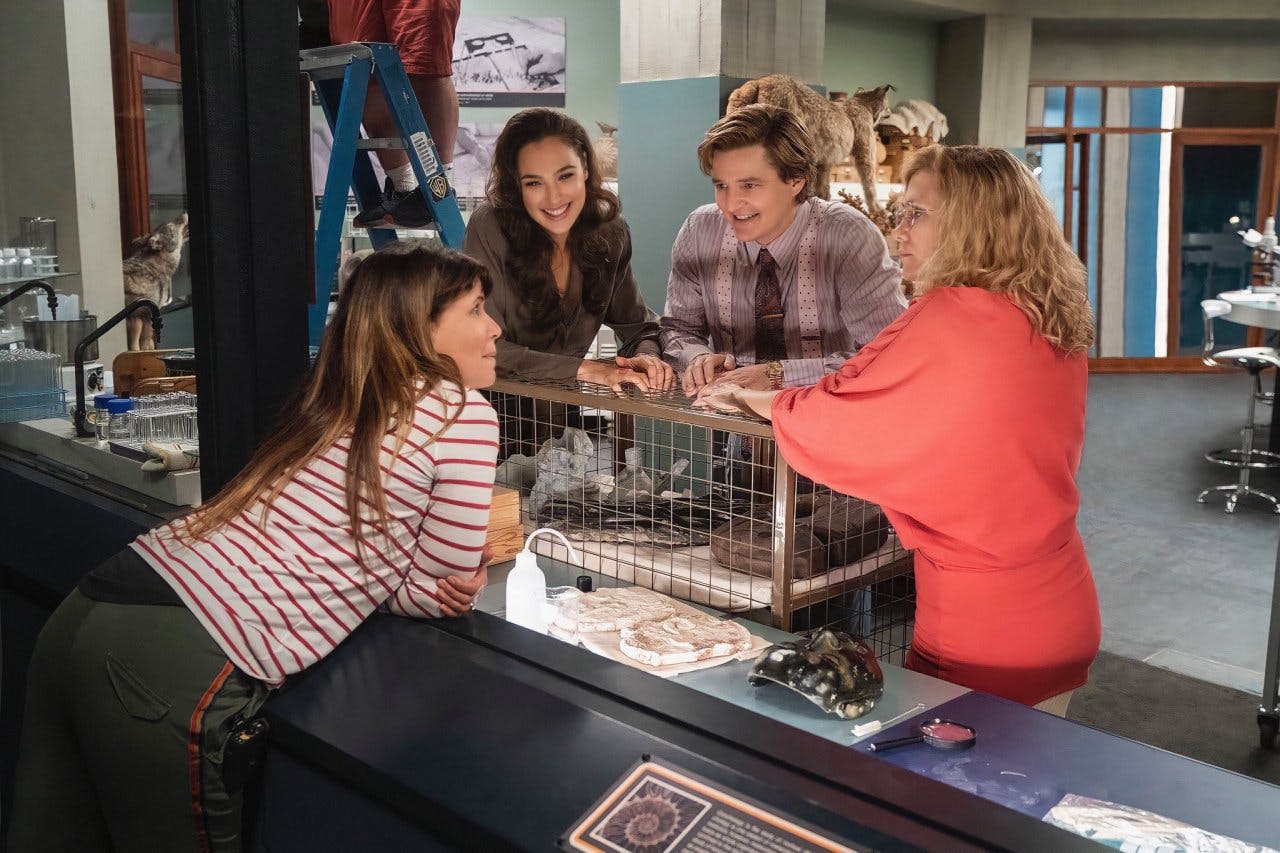 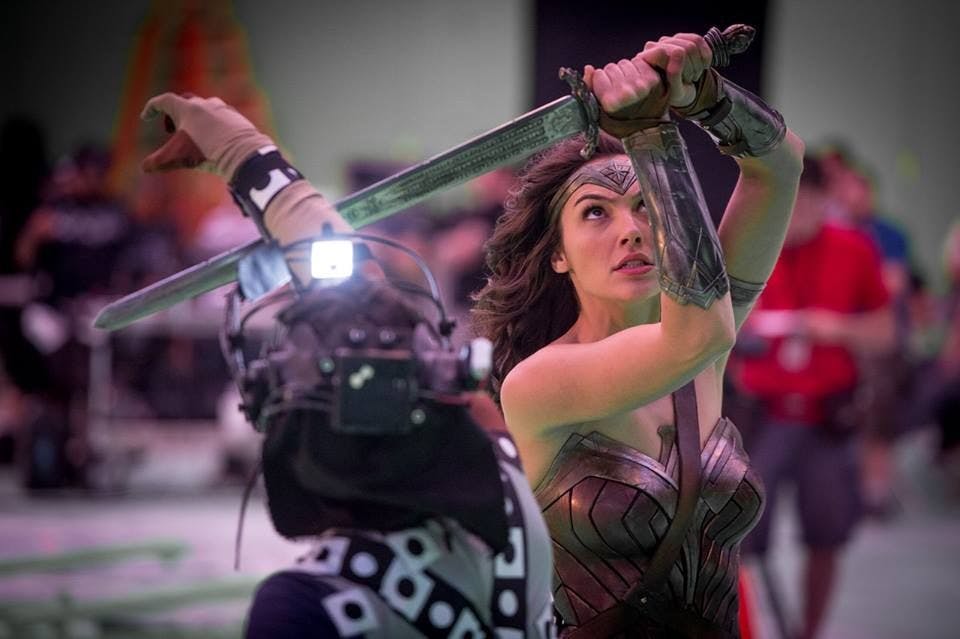