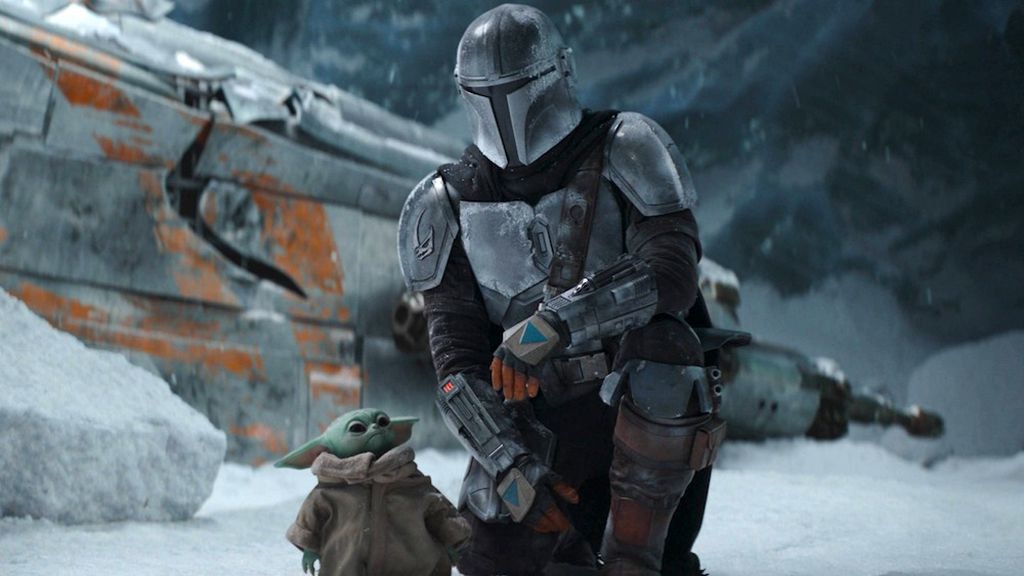 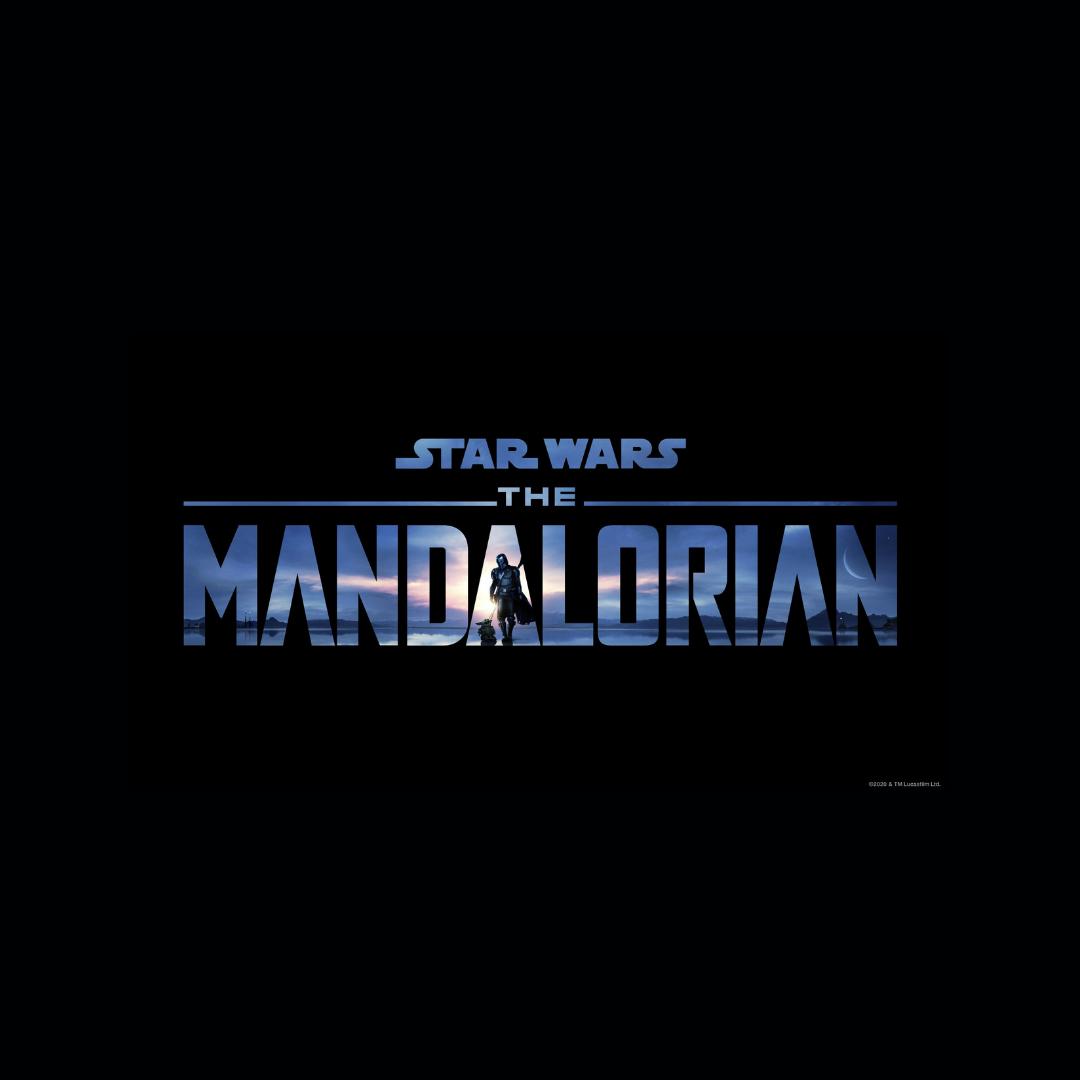 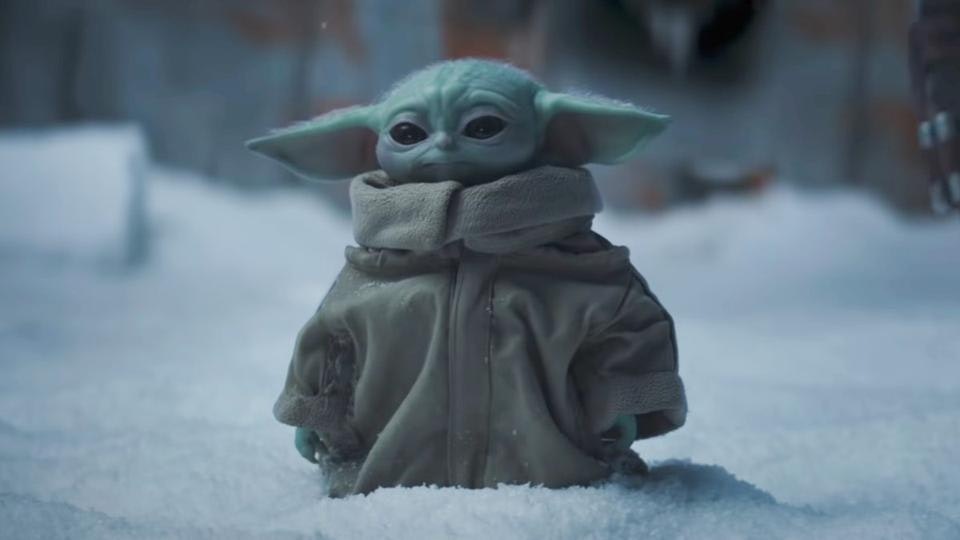 This is the way….to a long, drawn out season of fan service, Easter eggs and Baby Yoda memes.

Edition two of the Rendez-view takes a short turn (for just a parsec) to explore the highly anticipated The Mandalorian Season 2 on Disney+. Joined by FAN EXPO HQ guest commentator and super fan Lizzie, we attempt to breakdown all the things you might have missed in the first two episodes from the good, the bad, and the Baby Yoda.

Lizzie: I can’t begin to describe how excited I was to sit down and watch Chapter 9 of The Mandalorian and follow Mando aka Din Djarin's journey. I’ve. Been. Waiting.

Marcus: Agreed! Season 1 was jam-packed with action and great storylines. I’m sure this season will be the same too, considering all the cameo rumors.

SPOILER BELOW. ENTER AT YOUR OWN PERIL

EASTER EGGS: (oh there were plenty)

Lizzie: First off, as they walk through the alley with the graffitied walls, it’s easy to see some great and instant cameos in the form of street art. Stormtrooper helmets can be seen, and there’s even a very obvious C3P0 face.

Marcus: Yeah I noticed that too! I loved the nod to Jabba’s Palace with the use of the fighting ring and the Gamorrean soldiers. All it was missing was the cute lil’ Rancor (R.I.P.).

Lizzie: When the fighting starts, did you see the Dathomirian? That’s the race of Darth Maul. To me, that was one of many "Oh, cool!" moments throughout the episode.

Marcus: Another fun moment was seeing R5-D4 (or ‘Red’) from a New Hope! Perhaps you can’t trust all droids Mando, but you sure can with this one.

Lizzie: BUT THE KRAYT DRAGON. And also another call back to Star Wars: A New Hope. This is the monster that Ben Kenobi imitates to scare off the Tusken Raiders and is presumably the skeleton that C3P0 walks past when he’s separated from R2D2.

Marcus: It was awesome to see the production team take full reigns on the CGI render of that creature and the battle that came after. What I would be keen to look forward to, is an all-out battle with podracers or Mando’s jetpack. The production has the capacity but it seems like they’re making Mando more of a land-based combatant than a pilot of sorts.

Lizzie: It’s funny you mention that. When I was a kid, I had all the Lego podracer sets, so when Cobb Vanth was riding next to Mando on his speeder bike, which was a salvaged Podracer engine, I did a little "WOOP." It also wasn’t just ANY podracer engine but was that of Anakin Skywalker! (Also, has anyone ever noticed that his podracers' paint job looks a lot like Ahsoka?) 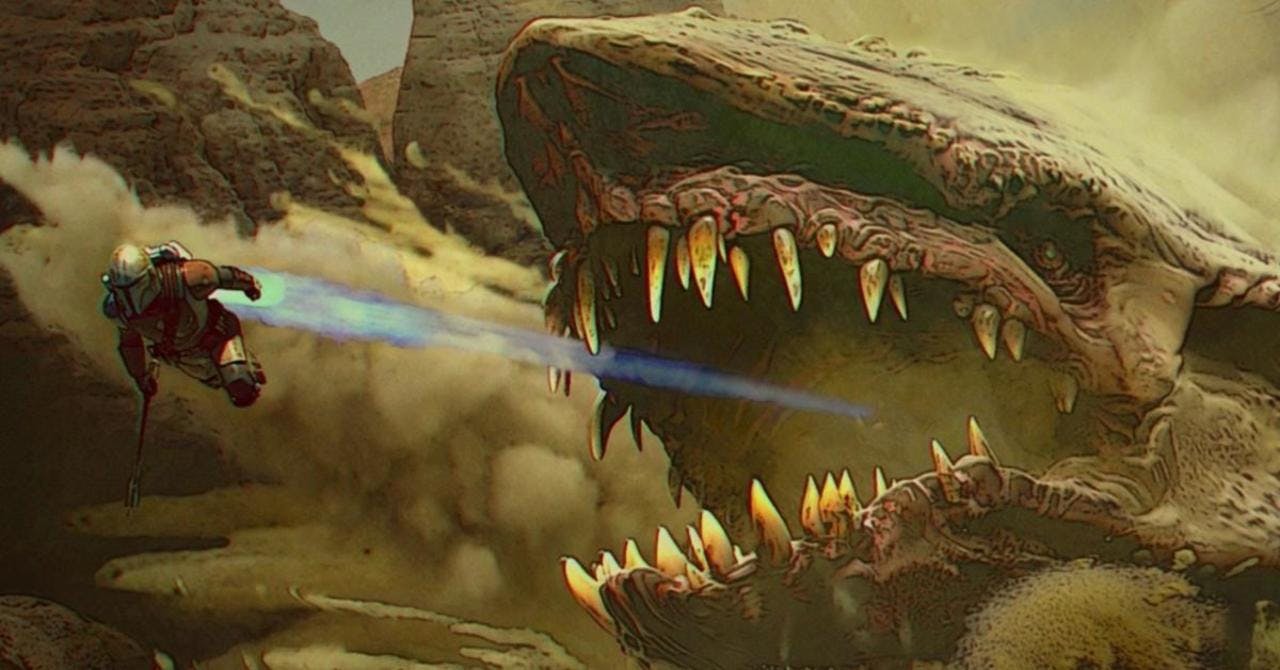 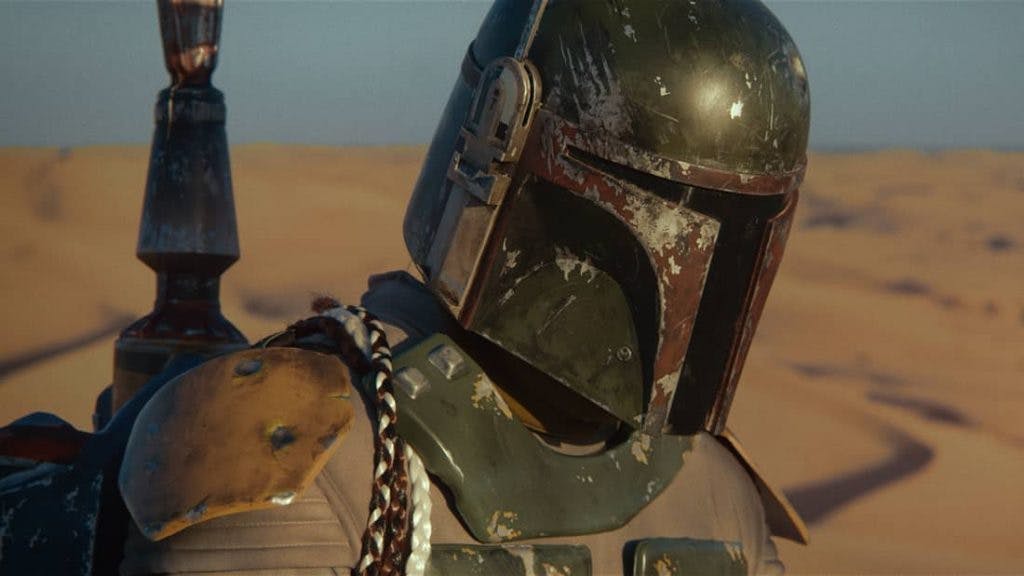 THE REVEALS: (more than just the obvious)

Marcus: After watching the episode again, I think, the big thing was the reveals! I’m not as adept at Star Wars lore as yourself but I know enough to recognize BOBA FREAKING FETT. The cameo at the end was everything. Although I worry that the end scene is the only bit we’ll be getting from Boba especially with rumors that he’ll be getting his own spin-off series? Answers, I need answers!

Lizzie: Watching Din Djarin and Baby Yoda speed away from the dragon carcass, it was likely one of the best twists/reveals I’ve seen in a long time. I cannot wait for the confrontation between Fett and Djarin since he was watching them and obviously following them. It’s likely that Baby Yoda’s bounty, put on by Moff Gideon, is still active. Does that mean Fett will go after The Child for the bounty? Or is he even still a Bounty Hunter?

Marcus: Not sure, but I guarantee that he would want his armor back. Speaking of armor, another unexpected reveal for me was Timothy Olyphant as Cobb Vanth or, as many would call him, The Marshal. What a surprise addition! In Boba Fett’s original armor no less.

Lizzie: One of the things I’m in awe of with this series is Pedro Pascal's ability, as Djarin, to emote without us seeing his face. We always know what he’s thinking. It's an incredible feat of acting to be able to accomplish that kind of connection with an audience without using facial expressions. And the moment Cobb Vanth sits down with his drink and takes off his helmet, Djarin's response is almost comical. We can practically hear him thinking, ‘what the hell?!?!’

Marcus: Agreed. You could feel the confusion and disdain from him for such disrespect towards the Mandalorian creed. 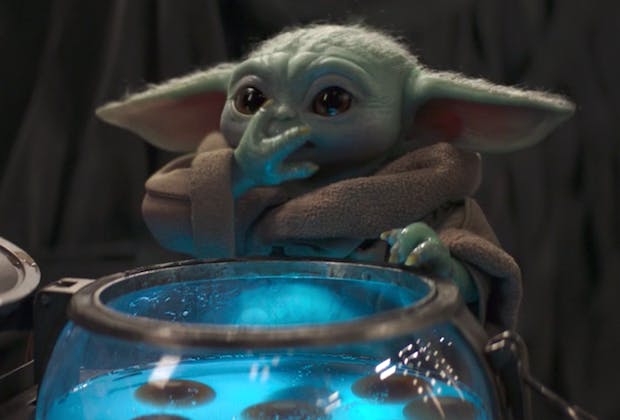 Marcus: I felt uneasy about Baby Yoda’s portrayal in this episode. I suppose Favreau and Filoni thought it would be funny to have Baby Yoda eat the “fish eggs”  because we eat caviar and that is essentially fish babies? I think my biggest qualm with this is that they gave the mother of those eggs a personality with the ability to communicate and express emotion. This in turn made her feel almost humanoid in a sense, which for me created a schism between the fish being looked at as food versus a friend.

Lizzie: To be fair, one thing I liked about this episode was how Baby Yoda has become the comedic relief (which is what we need right now). The way he looks at Djarin after the jetpack is released and the bounty hunter falls to his death was so judgmental and sassy.

Marcus: I can appreciate that Baby Yoda is becoming more active and a little disobedient but the way he looked into the jar of eggs with no empathy made me think he would be a good Sith Lord.

Lizzie: Listen, when the characters find themselves in the ice cave with the hot spring, as soon as I saw the eggs, I knew I wasn’t going to enjoy the next part. Hello, arachnophobia.…The White Spiders. No, thank you. I hated those things. The differing sizes just made it that much more gross to me. But I was very happy when Djarin's trusty flamethrower, which has now made an appearance in every episode, came out to play.

Marcus: I will say though, I did like the Alien reference with the eggs that resembled the face-hugger scene. Based on how this episode was going,  I was praying for Ripley to come in and save the day.

Lizzie: Speaking of saving the day, when the X-Wing pilots came back to save the day (but then also didn’t, as they just took off without helping repair Razor Crest) you may recognize these actors. Dave Filoni, writer/director of a few episodes of The Mandalorian, reprised his role as Trapper Wolf from S1E6. The other pilot is none other than Calgary-raised Paul Sun-Hyung Lee, who many FAN EXPO attendees may recognize as Appa from Kim’s Convenience and also an avid Star Wars cosplayer and honorary member of the Toronto Garrison of the 501st Legion who attends our shows frequently!

Marcus: I hope he comes back for future episodes. We need some more comedic relief on the show. Especially (if the rumors are true) the tone is going to shift to a more serious direction.

Marcus: Although the first two episodes (mostly the second) was a bit of filler in terms of storyline, we can appreciate that Jon Favreau and Dave Filoni are making strides in creating dynamic action sequences and ample screen time for new character integration. I think where it currently stands, the character development for Din Djarin specifically has become a bit stagnant. This is perhaps due to the continuation of the odd side missions and the heavy focus on Baby Yoda. I look forward to seeing Ahsoka Tano and Bo-Katan Kryze make their appearance as those two are my favorite characters within the Star Wars continuity.

Lizzie: I’ve felt The Mandalorian has a familiar feel to it, as it embraces its place in the Star Wars universe and leaves so many easter eggs in there for us long-time fans. So, while I’m watching something new and don’t know what’s about to happen next in the story, there’s still a level of comfort because it’s Star Wars, and so often brings up moments of my childhood. Let’s just say, I look forward to Friday nights every week now when I can, at least for a moment, escape into a galaxy far, far away. 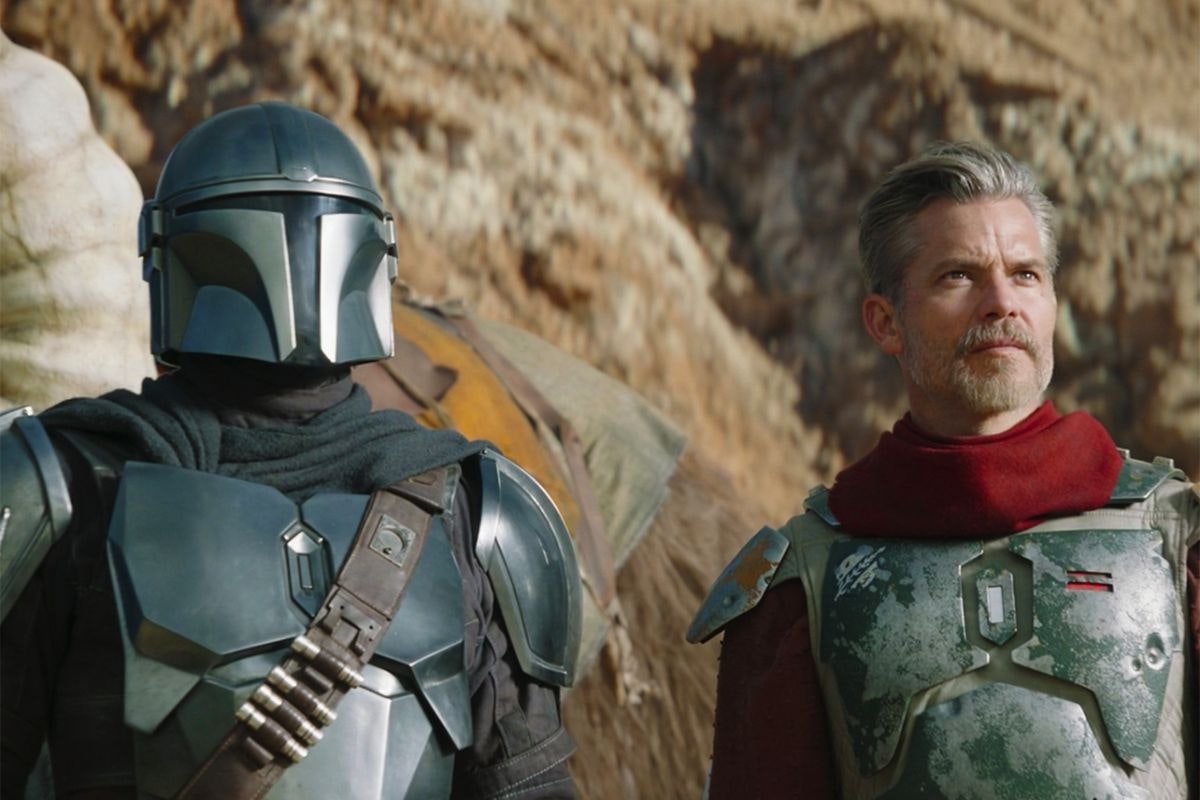 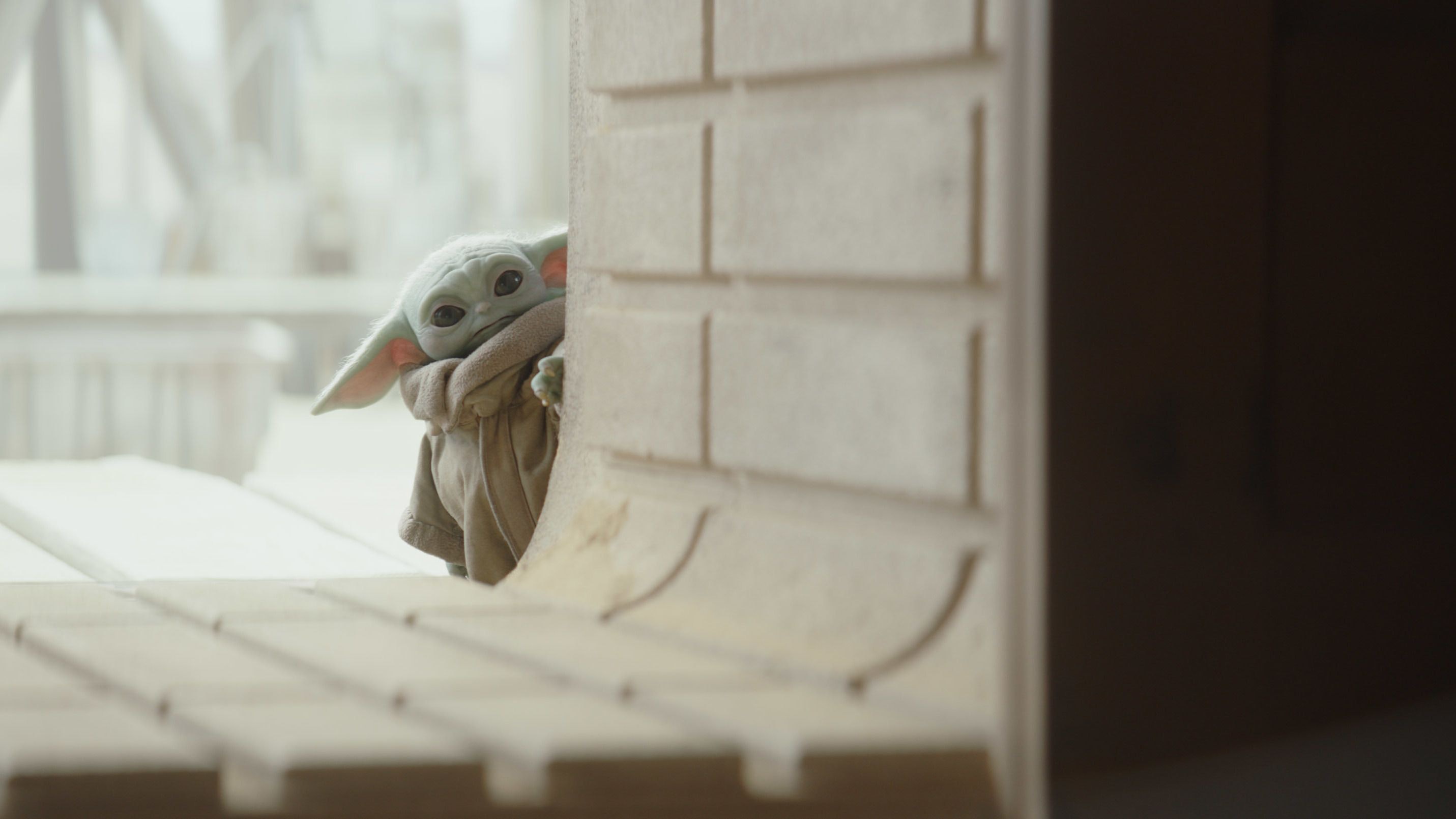 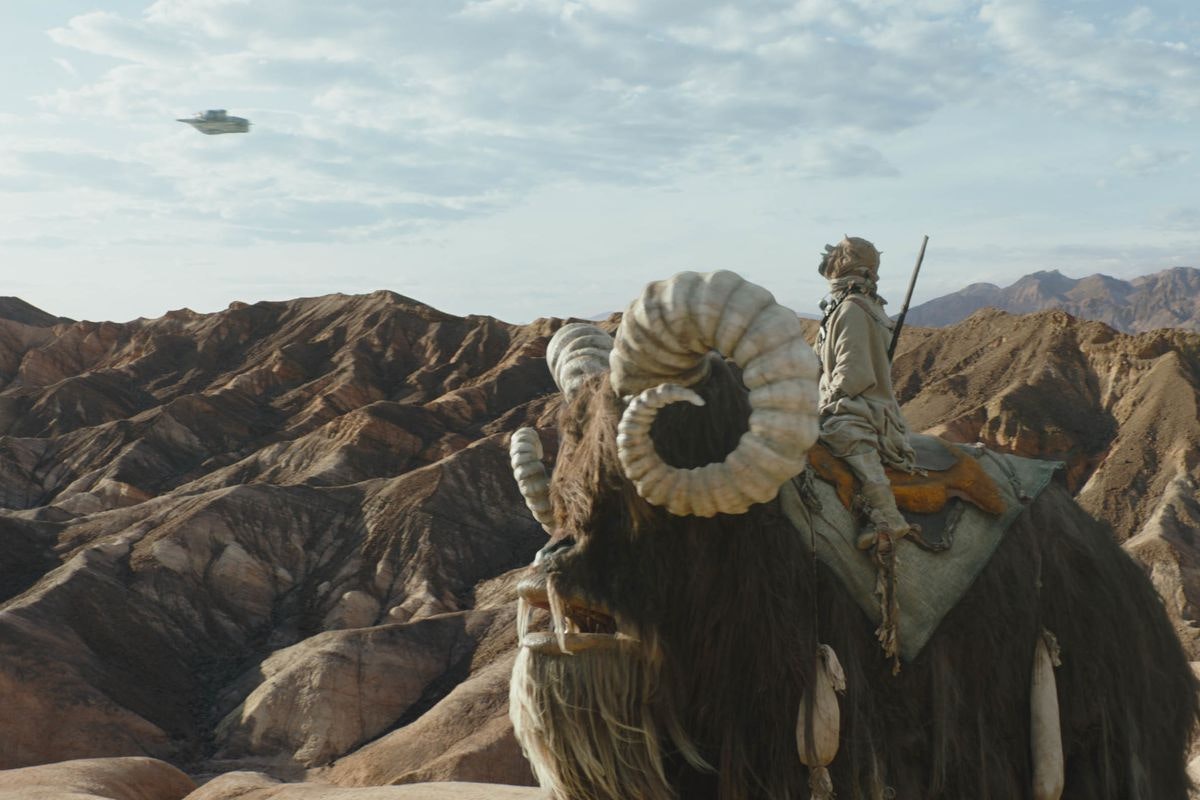