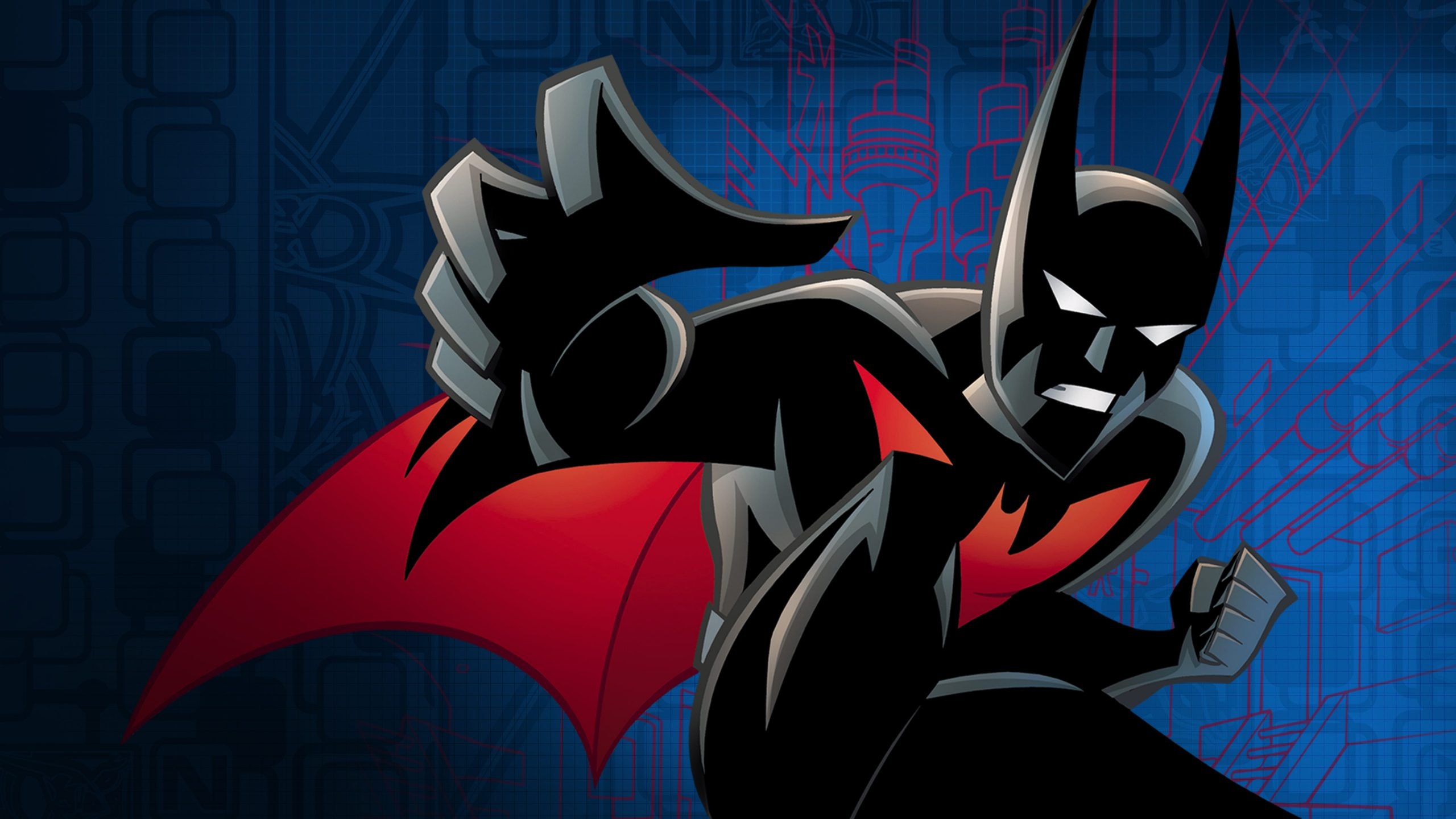 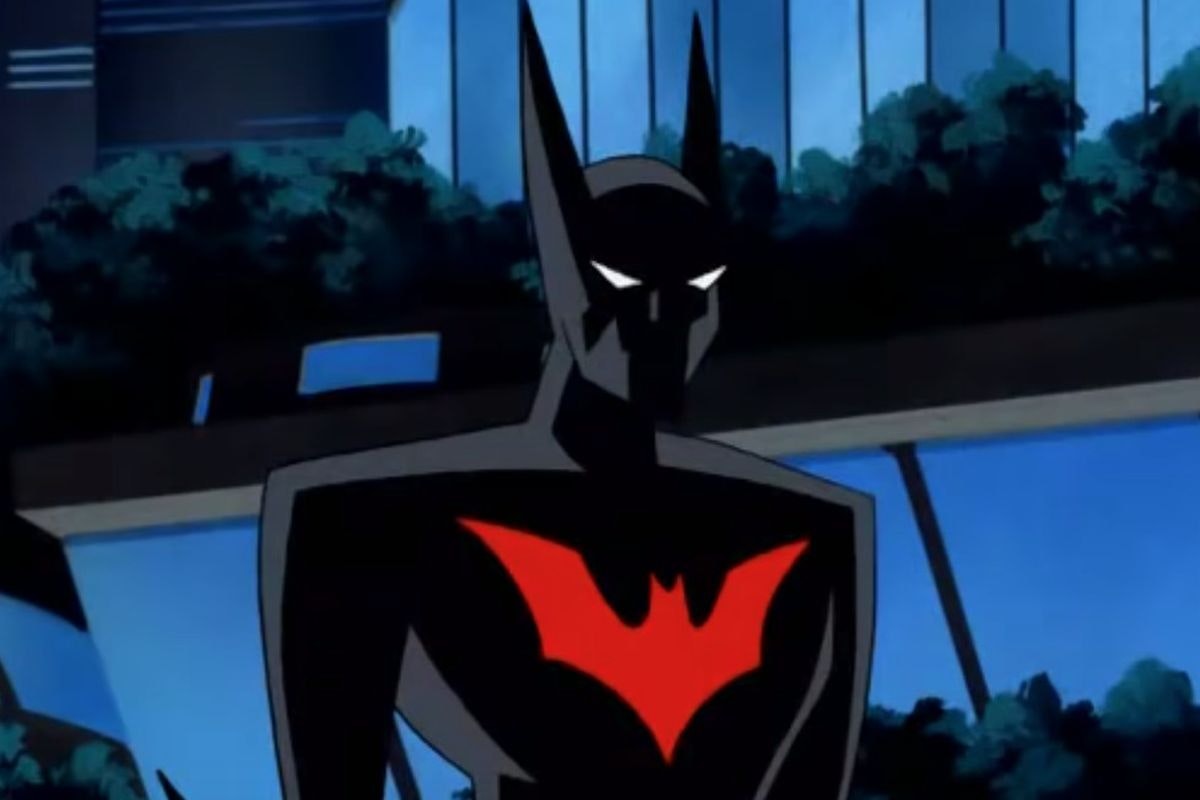 This month marks the 22nd anniversary of the debut of Batman Beyond (also known as Batman of the Future in Latin America) a Warner Bros. Animation series produced in conjunction with DC Comics. It also just so happens, rumours were aflutter of a big screen live adaptation when Michael Keaton was announced that he was coming back for an as-of-yet untitled Batman movie. Unfortunately, those rumours were put to rest a couple days ago but a Bat-fan can dream.

Running for just shy of three years, with 52 episodes, appearances in Justice League Unlimited, a direct-to-video movie, and a number of DC comic books -- not to mention companion posters, toys, statues, and other merchandise over the years -- Batman Beyond has become a much-beloved staple. So let’s do a deep dive into some key dates for the animated series and comics books to uncover why this series is so special. And who knows, maybe this will be updated with a movie announcement sometime soon. *Crosses fingers* 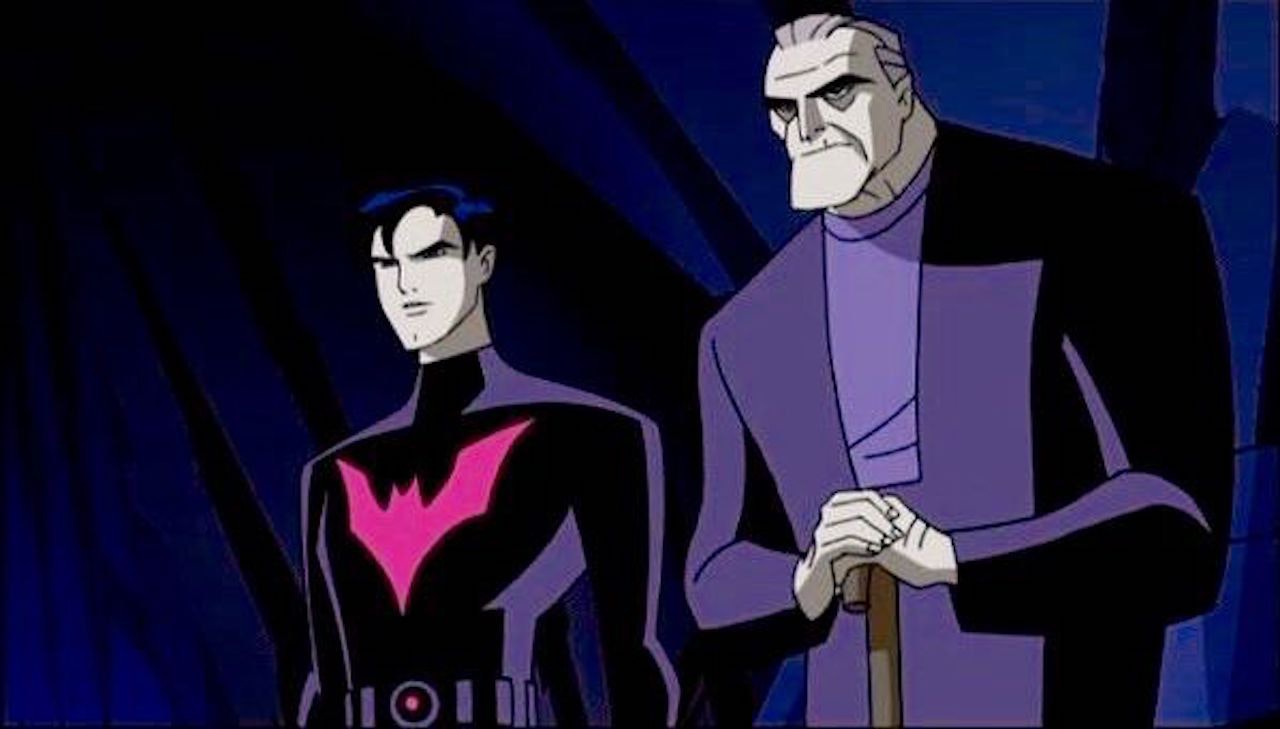 January 10, 1999 – in Rebirth, Part 1 (Season 1, Episode 1) Batman Beyond debuts. It’s the first appearance of Terry McGinnis (played by Will Friedle) a teenager on the run who ends up breaking into the Batcave where he meets an elderly Bruce Wayne (played by Kevin Conroy). The series is by the same creative team behind Batman: The Animated Series – Bruce Timm, Paul Dini, and Alan Burnett.

The opening sequence of the show was drawn, illustrated, and produced by the late, great Darwyn Cooke.

March 1999 - DC Comics releases the first issue of a six-issue Batman Beyond mini-series.

May 18, 1999 – Batman Beyond: The Movie, a compilation of the first six episodes by production order is released.

November 1999 – DC Comics releases the first issue of a regular ongoing Batman Beyond series, it runs for 24 issues.

December 12, 2000 – Batman Beyond: Return of the Joker is released. In it we learn the fate of the original Joker, and what happened to Harley Quinn and former Robin Tim Drake.

October 2001 – DC Comics ends the Batman Beyond ongoing series with the 24th issue.

Interesting fact: "Unmasked" was originally supposed to air on September 14, 2001, but was replaced by a re-run after the 9/11 terrorist attacks. The episode featured the terrorist organization Kobra. It was supposed to air on Kids WB but ended up airing first on the Cartoon Network instead.

April 23, 2002 – Batman Beyond: Return of the Joker Uncut Edition is released. 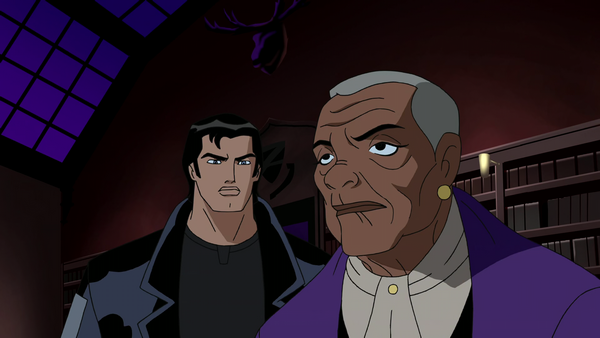 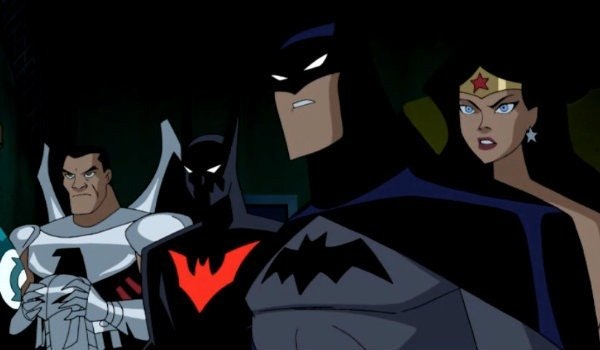 January 22, 2005 – Justice League Unlimited Season 1 Episode 12: "The Once and Future Thing Part 1": "Weird Western Tales" features a team of modern Justice League members arriving 50 years into the future where they meet Batman Beyond, an older Static, and members of the Justice League of that era.

January 29, 2005 – Justice League Unlimited Season 1 Episode 13: The Once and Future Thing Part 2 continues the previous episode’s adventure in the world of Batman Beyond.

July 23, 2005 – Justice League Unlimited Season 2, Episode 13 – “Epilogue” concludes the second season and is essentially an epilogue to Batman Beyond. 65 years from the time of Justice League Unlimited, an adult Terry McGinnis breaks into Amanda Waller’s office to find out why he is an exact genetic match for Bruce Wayne. It’s revealed that Waller has arranged it so there will always be a Batman.

October 2005 – Batman Beyond appears in Superman/Batman #22 by Jeph Loeb and Ed McGuinness. Batman Beyond’s earth is identified for the first time as Earth-12. He also appears in #23.

December 2007 – Batman Beyond cameos in Countdown to Final Crisis #21.

Summer 2010 – Superman/Batman Annual #4 features a Batman Beyond story featuring Terry McGinnis teaming up with the Superman of his era.

March 2011 – Batman Beyond Vol. 4 #1 appears. This ongoing series runs for eight issues and is a continuation of the Animated Series. Despite the series selling well, it is canceled along with the existing DC line when Flashpoint reboots the DCU as the New 52. A Superman Beyond #0 is released in 2011 as well, set in the same timeline. 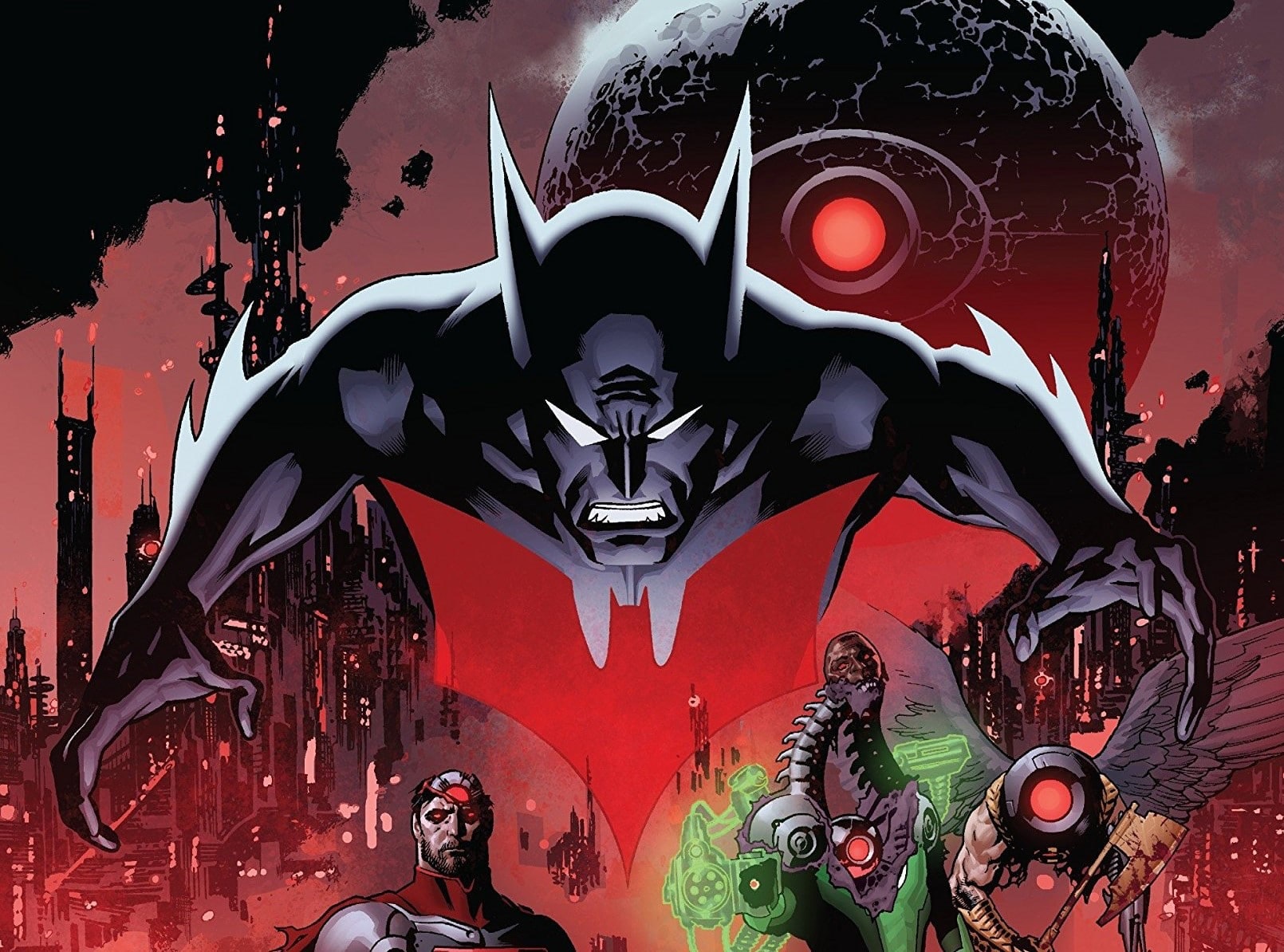 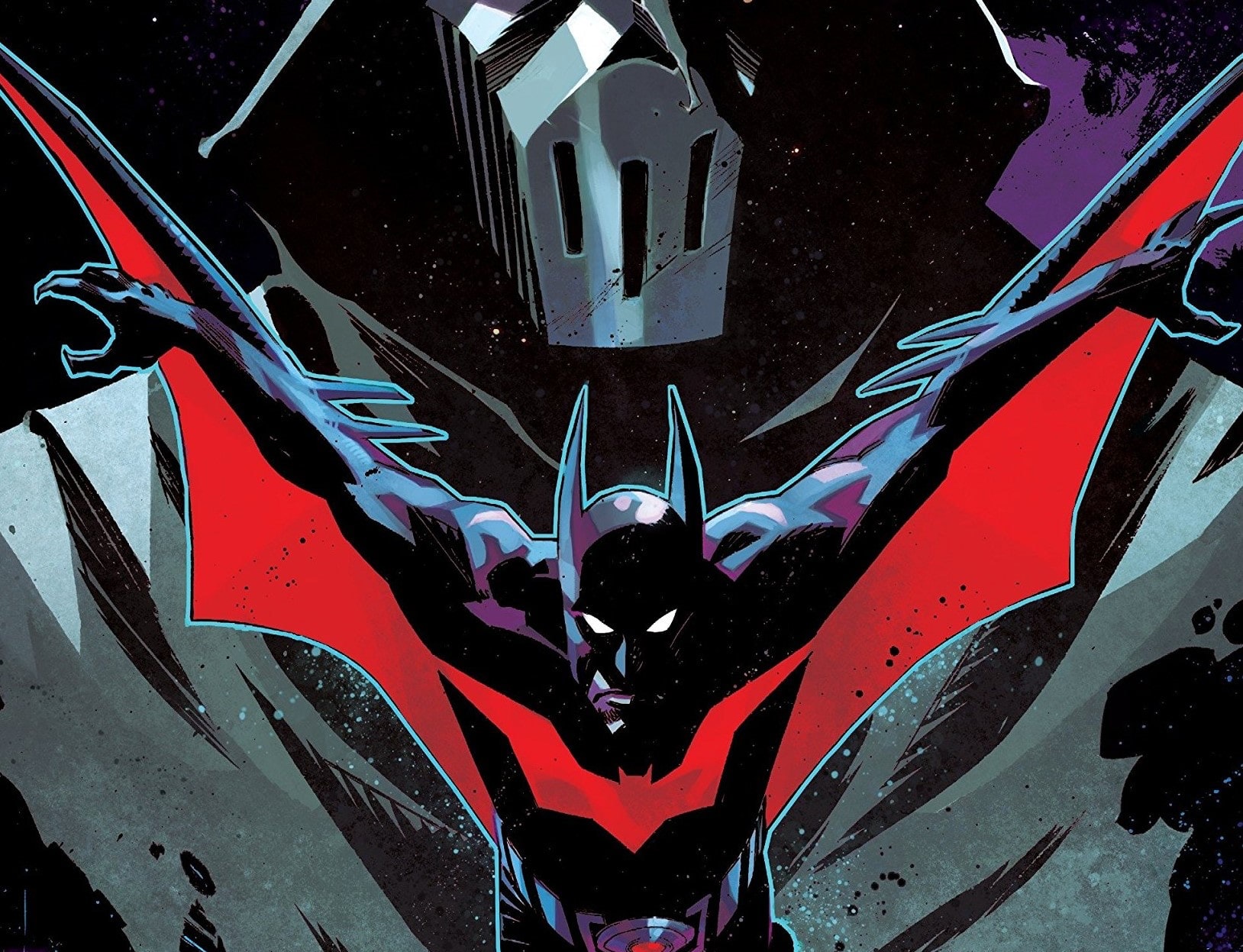 February 2012 – A digital-only Batman Beyond comic appears on Comixology, illustrated by classic Batman artist Norm Breyfogle. The series runs for 29 installments and wraps in July 2013.

August 2012 – Batman Beyond 2.0, a second digital-only series debuts and it runs for 40 installments, concluding in November 2014.

April 20, 2014 – A new Batman Beyond animated short, written, and directed by Darwyn Cooke as part of Batman’s 75th anniversary celebrations is released. It features Bruce Wayne and Terry McGinnis fighting a robot duplicate of Batman in his prime and at the end, a series of robots of Batman from different eras arrive to continue the fight.

June 2015 - In The New 52: Future’s End #48, the final issue of the series, Tim Drake (Robin, also known as Red Robin) ends up traveling 30 years into the future and assumes the mantle and costume of Batman Beyond from a deceased Terry McGinnis.

August 2015 – Batman Beyond Vol. 5 #1 arrives at comic shops, this time written by Dan Jurgens and illustrated by Bernard Chang. This series runs for 16 issues and wraps up in November 2016. In the end, it turns out Terry McGinnis didn’t die and, after a rescue from the villainous Spellbinder, Tim Drake restores the mantle of Batman to Terry.

November 2016 – Batman Beyond Rebirth #1 is a one-shot by Dan Jurgens and Ryan Sook that re-establishes Terry McGinnis and the world of Batman Beyond after the end of Vol. 5.

December 2016 – Batman Beyond Vol. 6 #1 debuts, following the previous series as Terry McGinnis returns to being Batman. Also by Jurgens, a returning Bernard Chang and later Sean Chen, this is the longest-running Batman Beyond comic to date, running for 50 issues, and ending just recently in December 2020. 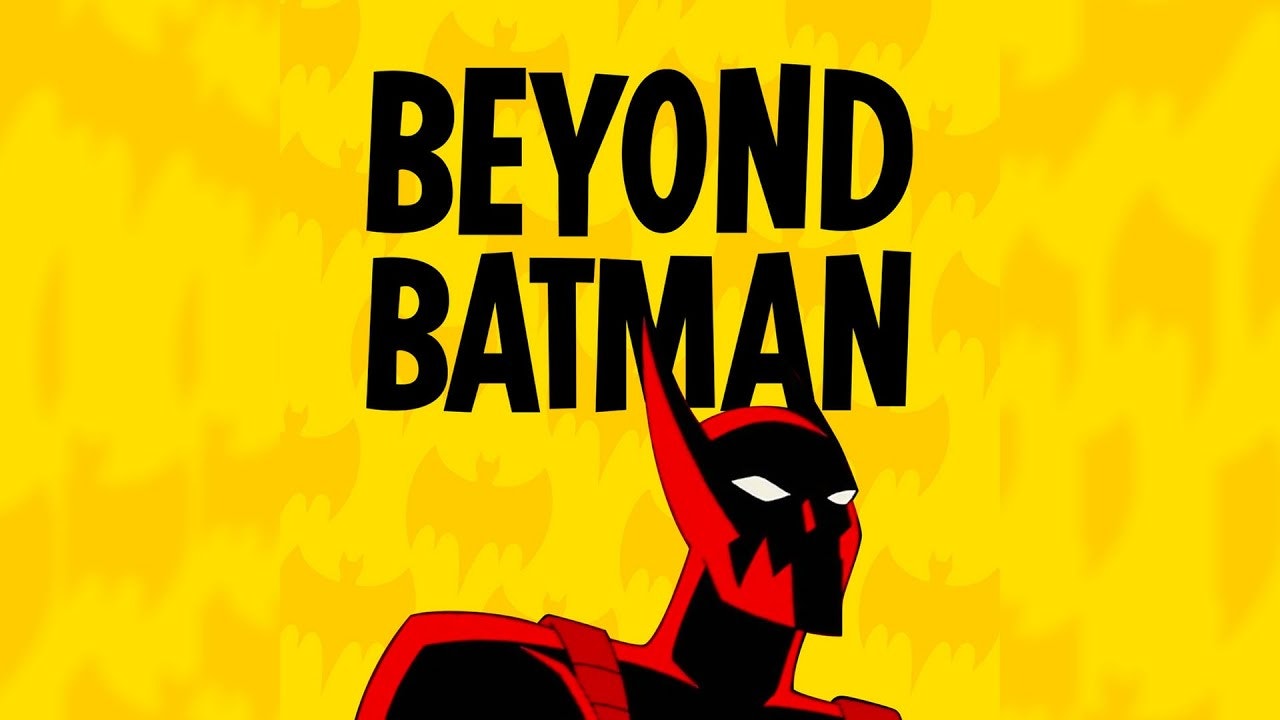 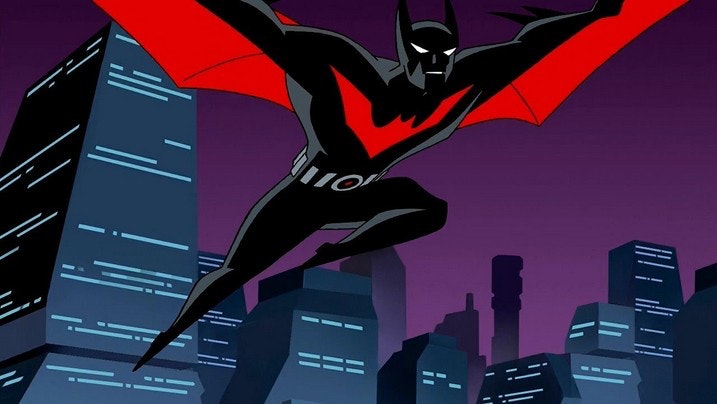 2019 (unspecified date) – In the history of the cartoon, Bruce Wayne retires --- in his last mission he wears the hi-tech Batsuit that Terry McGinnis discovers and uses in 2039.

October 29, 2019 – Batman Beyond: The Complete Series (incl. Return of the Joker) is released in remastered form on digital media to celebrate the 20th anniversary of the ground-breaking series.

2020 – Rumours start that Michael Keaton will be playing the older Bruce Wayne in a film version sometime in the next few years. Keaton is reprising the role of Batman for the upcoming Flash movie (which has been confirmed). This is reported to continue from that movie and will be either a movie or a TV show on HBO Max. Unfortunately, the rumour is put to rest in future reports with the original reporter citing a mistranslation.

What’s next for Batman Beyond? A new comic book series? A new animated series? A movie? We’ll know… in the future!