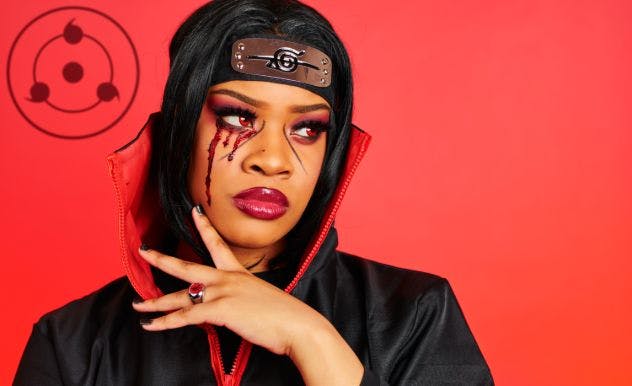 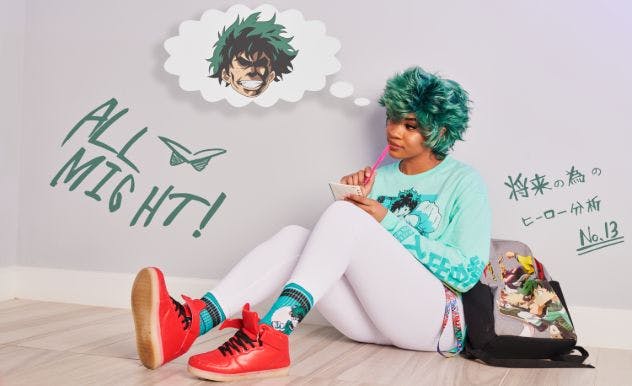 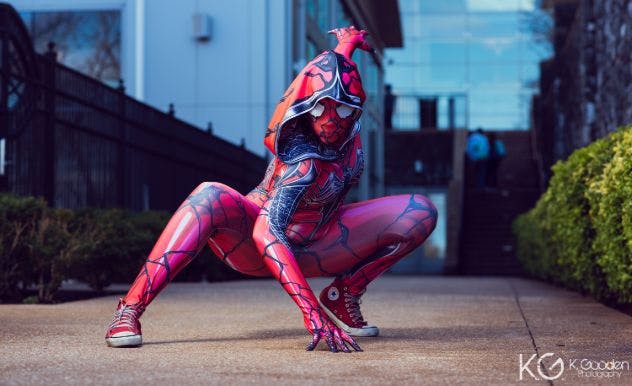 Welcome to Cosplayer of the Month, where we feature an incredible cosplayer from our community of fans and learn about who they are beneath the surface and, ahem, WORBLA. This month, we have Black Crystal Cosplay!

I am an east coast-based cosplayer!

My very first cosplay was Korra from Avatar: The Legend of Korra, but I did not wear it to a convention. It was for Spirit Week during my high school year in 2012. I got into cosplay not even realizing that I was cosplaying! But, during this day of Spirit Week, our Student Government Association decided that it would be “Celebrity Day” where you dress up as your favorite celebrity. I did not have a favorite celebrity at the time so I just decided that I would dress up as Korra……and everyone in my class lost their minds! I received so many compliments, and the one that I heard the most was “whoaaaa nice cosplay!!”

I didn’t quite understand what a “cosplay” was, so when I finally googled it, it reminded me of San Diego Comic Con when they broadcasted highlights of the convention on MTV, and there were tons of “cosplayers”! I realized at that moment that I was indeed cosplaying, but I just didn’t know the technical name for it. Pretty cool right? After that, I officially went to my first convention in 2014, Katsucon, which takes place at the Gaylord Hotel at the National Harbor in Maryland!

My InuYasha cosplay is my most prized cosplay! It is truly the one cosplay that confirmed that I would forever love cosplay and participate as a cosplayer at anime conventions. My reach and engagements on social media skyrocketed and the number of compliments that I received on the wig made me feel GREAT about the time and effort that I put into this cosplay. This is by far the most successful and comfortable cosplay that I have worn to date.

While most cosplayers would hope to achieve fame, I truly would love to help drive the cosplay community back to a place where it is filled with a bunch of anime-loving nerds just dressing up. I say this because the cosplay community is slowly turning into a place that is not what I fell in love with years ago and it is becoming super negative. Everything is about fame and status and the wrong people are “speaking up” for many cosplayers, and by wrong people, I mean those who are selfish and elitist, and could not care less about others. They do not influence the cosplay community in a positive light, and it is time we change that. As a cosplayer, I would like to use my platform to dismantle this way of thinking and to be a positive influence who shifts the tide to a point where newer cosplayers do not feel intimidated by the elite. Cosplay is for everyone, cosplay should be about fun, and cosplay should be a place where everyone should feel comfortable in a nerdy space. I guess what I am really trying to say is, I want to break down the elitist cosplayers and fight for some newer and fresh cosplayers to come in and show us their stuff! I miss the fun and I miss the fresh aspect of cosplay! People take it way too seriously now and it is scaring others away. I want to stop it.

Is there a cosplayer that you look up to or inspires you?

I have several cosplayers that I look up to and gather inspiration from, but the number one cosplayer on my list that I TRULY look up to and have looked up to for YEARS is @makirollofficial on Instagram. Maki is also someone that I now consider a friend after hanging out a few times and running into them at conventions a lot!

They are a cosplay vet, that has in a way, paved the way for black cosplayers and is not afraid to use their platform to speak up when things go wrong in this community towards black femmes. They encourage such positivity from their supporters and truly are in love with their craft and it shows in their work. They are not easily swayed by the negativity that is now in the cosplay community and they fight to make it a better place just by being themselves. They also have specific passions outside of cosplay that they thrive in and I constantly find myself in awe at their work. Maki forever has a special place in my heart!

I have a list of advice for new cosplayers. This is all coming from observing the cosplay community for the past 6 years.

1. Don’t con crunch! Con crunching is the number one way of destroying anyone’s convention experiences. Everyone will be partying, but you won’t, because you waited last minute to construct a cosplay. So…PACE YOURSELF! Take your time and make enough time so that your cosplay is completed, or if you make an error, you will at least have enough to fix it days before the convention starts.

3. Don’t bite off more than you can chew. Take time to study certain skills for a cosplay that may be hard to craft.

4. Cosplay does not make you who you are. I say this because there are newer cosplayers who get sucked up into the cosplay community and become one of the negative cosplayers due to not truly sticking to who they are or knowing who they are outside of cosplay, and they change to fit in with the people who don’t/won’t care for them.

The hardest part of cosplaying for me is maintaining my social battery at anime conventions by remembering to eat, stay hydrated, taking breaks when I’ve been in my cosplay for too long, and many other factors that may quickly drain my social battery/energy. Because I do have a rather nice following on social media, I have a lot of supporters who recognize me at a con or will attend a few of my panels, and they will ask for photos, ask questions, genuinely share interests in certain topics, etc. Every morning during the weekend at conventions, I make sure to chug lots of water, take all my vitamins, and to eat a nice breakfast. Throughout the day, I make sure to take 30-minute breaks in my hotel room to unwind and relax before going back to the con floor because wearing a cosplay all day with no breaks can ruin one’s social battery. All-in-all, me knowing that I have a decent following, I make it my mission to make sure that I can engage with my supporters and respect them because they’re the reason why I’m where I’m at now on social media. Another thing that is hard is making sure I respond to messages on social media and making sure that my supporters know that I appreciate them, because I truly do!! I say all of this to say, make sure you map out how to show your supporters respect and attention but also not tiring yourself out emotionally or mentally.

Is there a cosplay piece you’re currently working on?

Would I truly be a cosplayer if I didn’t have a list of cosplays that I’m working on all at once and not finishing any of them because I keep adding to the list? The next set of cosplays that I am currently working on right now at this moment are Gon from Hunter x Hunter, Thorn from Scooby Doo and The Witch’s Ghost, and revamping Mirko from My Hero Academia, Galo Thymos and Lio Fotia from Promare, for the summer next year. There might be more cosplays added to this list right after I’m done typing this, so be on the lookout!