For a studio that’s been famous for being modest and discreet, Japan’s Studio Ghibli has been on the news quite a lot lately. Last fall, came the announcement - and December release - of their first CGI film, the made-for-tv Earwig and the Witch. In addition, the studio did a huge celebration for founder Hayao Miyasaki’s 80th birthday, announcing a new film from the legend to be called How Do You Live? Finally, at the very end of the year, the studio joined Twitter, opening their first official account @JP_GHIBLI.

Studio Ghibli was also a key player in last year’s “streaming wars.” The studio's movies became a sought-after property once Disney and other studios started hoarding their animation content to stream it on their paid platforms. Now, most of the Studio’s catalog is accessible to subscribers of various streaming services around the world.

With all this fuzz and buzz we were reminded one more time of how great Ghibli’s legacy is. Many lists have been put together about the best movies from the studio. We decided to go a different way and present to you the five most mind-blowing Studio Ghibli movies with unique and awe-inspiring animation and themes. 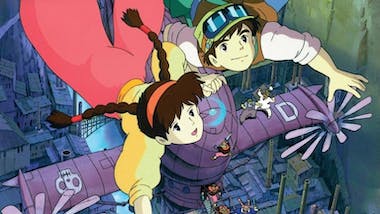 The first official Ghibli film was written and directed by Miyazaki himself. The movie introduces themes that would be Miyazaki and the studio’s trademark. For instance, a fascination for flying machines and other gadgets; concerns about ecology and the planet; a young female protagonist; a trip of discovery; and, of course, magic. This film is on this list for the mind-blowing animation of the eponymous castle which is a floating piece of land that’s full of wonders. You can see the influence of this creation in films as varied as Avatar, Disney’s Atlantis, and The Iron Giant. Some people have even called it the first contemporary animated 'steampunk' film. 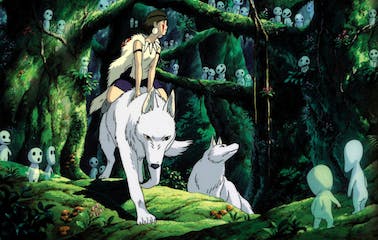 This film has mind-blowingness all over it but let’s start with the story first. Miyazaki’s original screenplay combines Japanese ancient history and myths with a philosophical dichotomy between the abuse and gentle use of the land. The film ends up being an epic fable about humans and our entitlement to abuse our planet’s resources without much consideration. Miyazaki tackles this theme with strength and kindness – something that barely any other filmmaker has done in recent memory. Then we have the hand-drawn animation. The design and movement of the many animal gods we see throughout the story will make you gasp. Game of Thrones owes this movie a lot when it comes to the design of their direwolves. 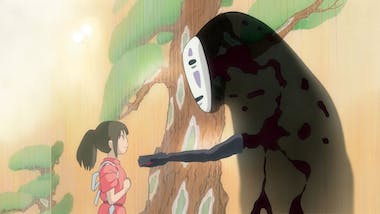 Considered one of the best films ever made, Spirited Away has a subtle mind-blowing levity to its entire runtime. The two previous films in this list could be considered action-adventure fantasy films, but this, this is something else. Yes, the animation is incredible, the story is wonderful, and the characters are fascinating. But the main characteristic of the film is how it becomes a dream-like experience that’s intertwined with your most delicate emotions. The fact that one can’t describe the feelings experienced when watching this film is mind-blowing and reason enough to include it on this list. 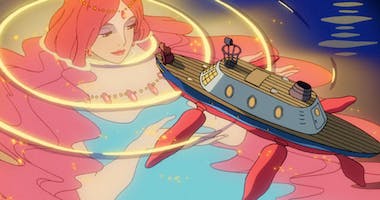 At this point, Miyazaki had created wonderful worlds of fantasy and beauty in the land and air so what’s left to do? Take on the greatness of the ocean. A loose adaptation of The Little Mermaid, Ponyo’s visual marvel lies in the mind-blowing animation of the water. People usually praise Ghibli’s animation of food, but it can be an underappreciated aspect since some audiences are not familiar with the look and feel of Japanese dishes. However, we all know water. The underwater gods – and their gadgets – are beautiful but it’s the waves, the foam, and the water’s movement that make this film part of the list. Look out for a chase sequence in which a car carrying the protagonists is trying to avoid being swallowed by the rising ocean. 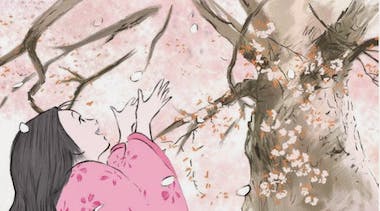 The only film on this list directed by the other mastermind at Studio Ghibli, Isao Takahata, is as mind-blowing as anything that came from Miyazaki. The impressiveness of this film comes from the animation technique used here. The studio wanted to recreate the painting techniques available at the time the story occurs - the 10th century! Using watercolors and charcoal pencils (two of the most delicate and complicated painting styles ever created) the animators delivered a beautiful take on the ancient story of The Tale of the Bamboo Cutter. The animation process was so unique that there’s even a documentary about it called Isao Takahata and His Tale of the Princess Kaguya. You won’t believe your eyes.