Ah, the holidays. A time for cheer, festive traditions, and if Hallmark movies are to be believed, a time to find that special someone with the help of a little holiday magic. But if we’ve learned one thing about the multiverse, for every perfect match under the mistletoe, there must also be a terrible one. Consider this our What If? Holiday Match edition. Just like the Watcher, we’ve observed all of these match-ups, and we recommend you try to avoid them if you want a happy ending. 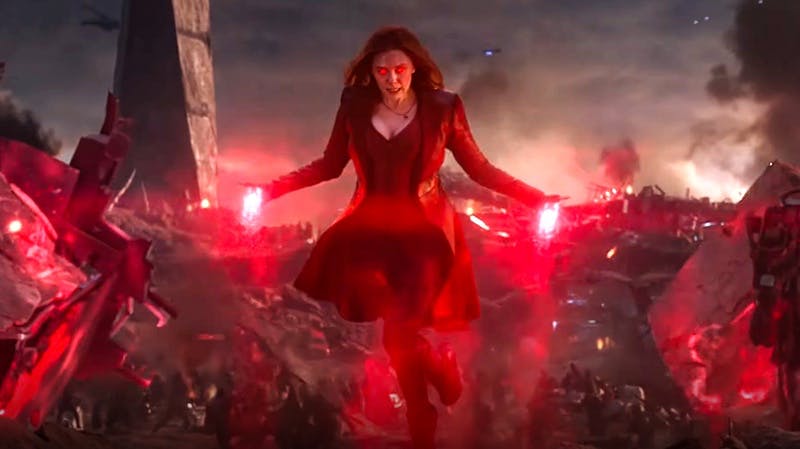 This one is pretty straightforward. Pisces are known for doing a little (okay, fine, a lot) of daydreaming. When Wanda dreams something, it happens. You see how this might lead to some problems? As nice as it might sound, dear Pisces, you can’t stay in dreamland all the time—you need to come back down to Earth a little and being with Wanda? Not the best way to do that. 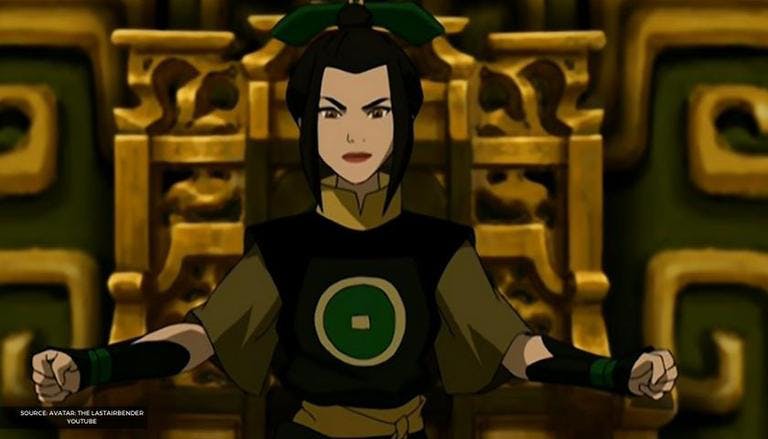 How can we put this delicately? You two might destroy each other. It would be like a praying mantis eating its mate, or like a daily Agni Kai, or like a tug-of-war between two elephants wearing rocket shoes. Some conflict is okay in most relationships—there's often a reasonable way to work through it and become closer. To be honest, we are not certain you two would ever stop fighting and we are worried about collateral damage. 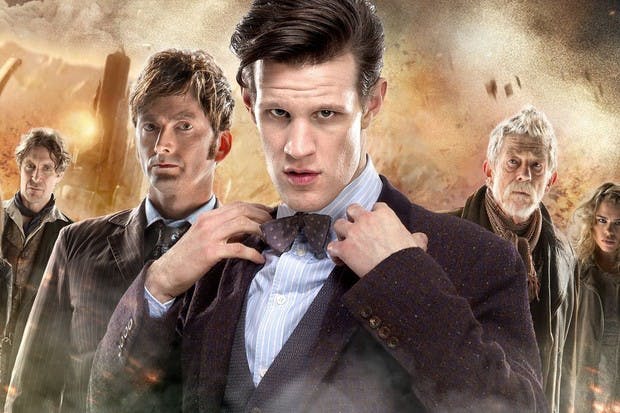 Trust us, Taurus, even though you might be drawn in by the flashiness of the TARDIS, you do not want to end up in a spontaneous situationship with The Doctor. For starters, you hate spontaneity. And believe us, this relationship comes with a lot of it. Let’s list some of your least fav things: change, new and unfamiliar environments, uncertainty, not knowing where you stand with someone, and travelling far away from your house. Guess what: The Doctor is full of these things, and you two together is a supernova waiting to happen (in a bad way). 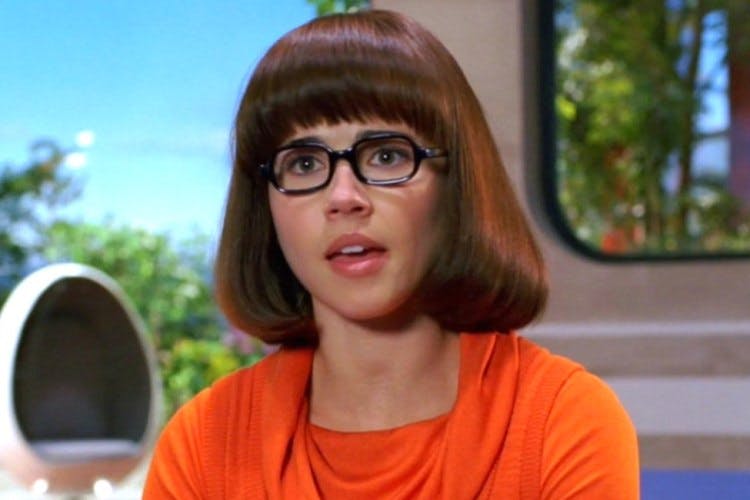 RU-OH, we’re assuming you weren’t expecting to meet Velma under the mistletoe. With your unhinged personality and endless need to create chaos, how could someone as levelheaded as Velma ever be a match for you? Hear us out, she’s quick witted, incredibly intelligent and best of all... an excellent balance of whacky and cool – haven't you seen Scooby-Doo 2? You’ll need someone to simultaneously keep you in check while keeping up with your antics. 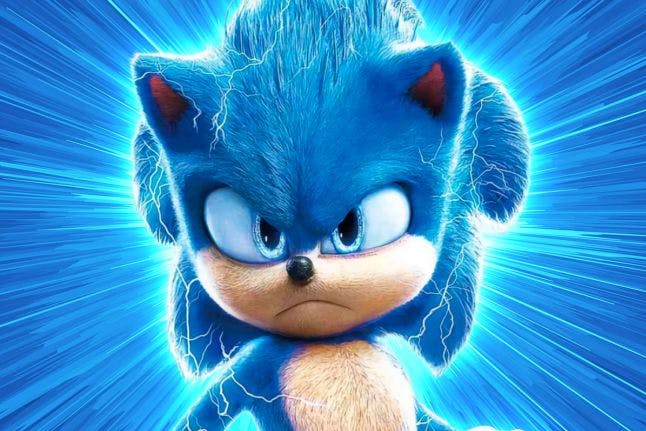 Yes, yes, I know. A hedgehog? But then again, that didn’t stop Sonic 2006 from having a romantic subplot between him and a human. That aside, on paper, Sonic wouldn’t appear to be so bad. He’s got the caring and protective aspect of a Cancer down pat, which he’s put on display in every one of his appearances. On the other hand, Sonic lives a care-free, fast-moving lifestyle, one that won’t leave any time for a significant other. One only needs to look at his relationship with Amy Rose to see that. For your sake, you shouldn’t seek out a relationship with him, as it’s likely that your feelings won’t be returned. 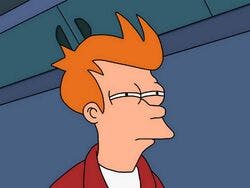 Fry isn’t a bad guy by any means. Time and time again, he has pulled through to help and save his friends, demonstrating his loyalty and love for them. However, he also embodies some of the worst traits that you can find in a Leo, as it’s usually his attempts to stand out from the crowd that get them into trouble in the first place. That, coupled with his lazy nature and immaturity, doesn’t exactly add up to him being a reliable partner in life. There’s also the issue that he is absolutely in love with Leela, meaning that you’re unlikely to catch his eye beyond being a temporary distraction. 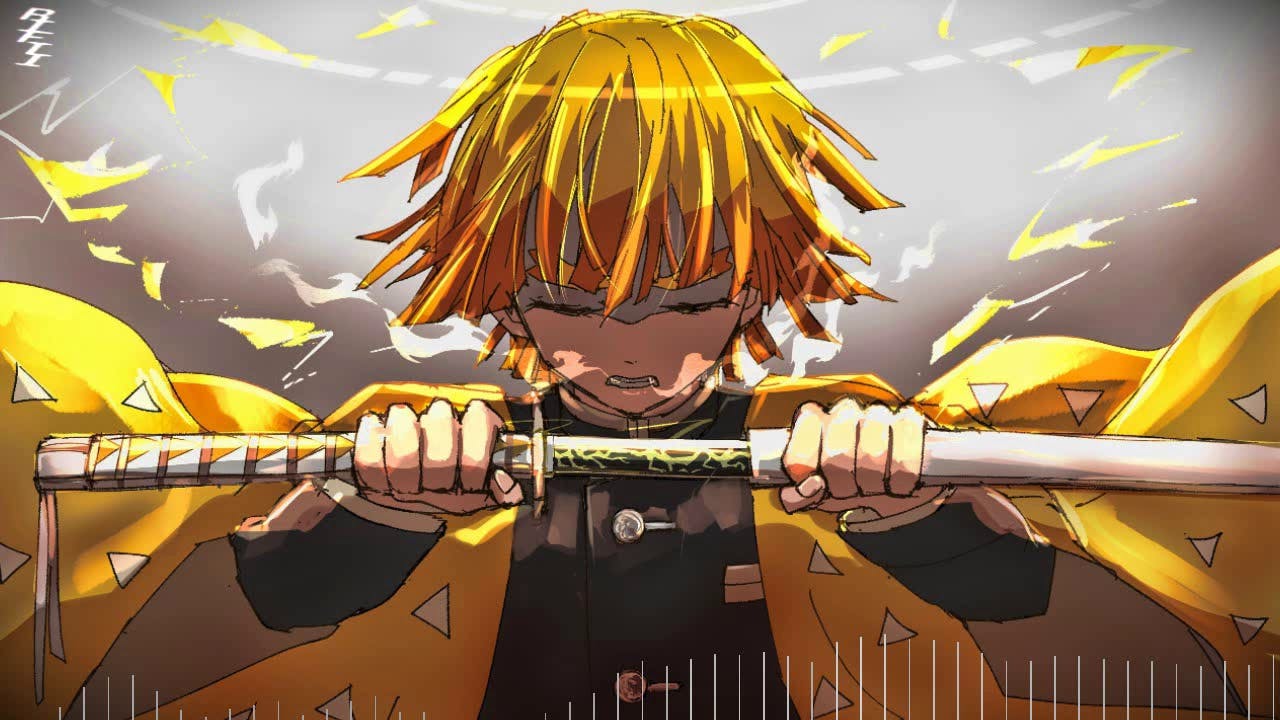 Virgo, please don’t go chasing waterfalls. In this case, don’t go after Zenitsu and the waterfalls that are his tearducts. Okay, while it’s not THAT extreme, there’s more than a few reasons not to go for the Thunder Breathing member of the Demon Slayer Corps. Like a few others on this list, he’s not a bad person; he’s just got flaws that don’t make him an ideal partner. Of those, the worst offender is his cowardice, as he’ll usually be the first to run away crying and screaming at the first sight of danger. While he is earnestly trying to change that part of him, it’s still annoying and not helpful when the going gets tough. In short, Virgo, you could so much better. 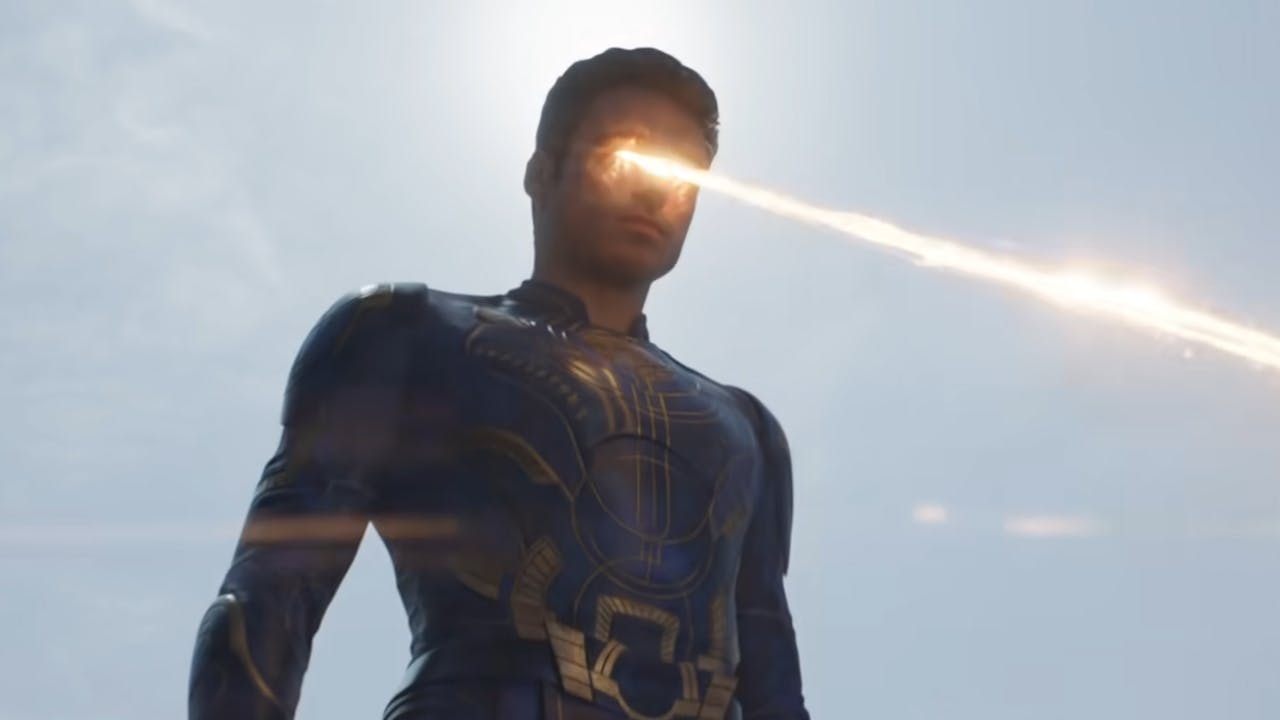 Anyone would be jazzed to meet someone as charming and handsome as Ikaris under the mistletoe, but not you Libra. Ikaris represents the blind, unrelenting obedience you hate so much. You prefer someone who is level-headed and not out to destroy the world... pretty reasonable we think. Good thing he’s pretty. 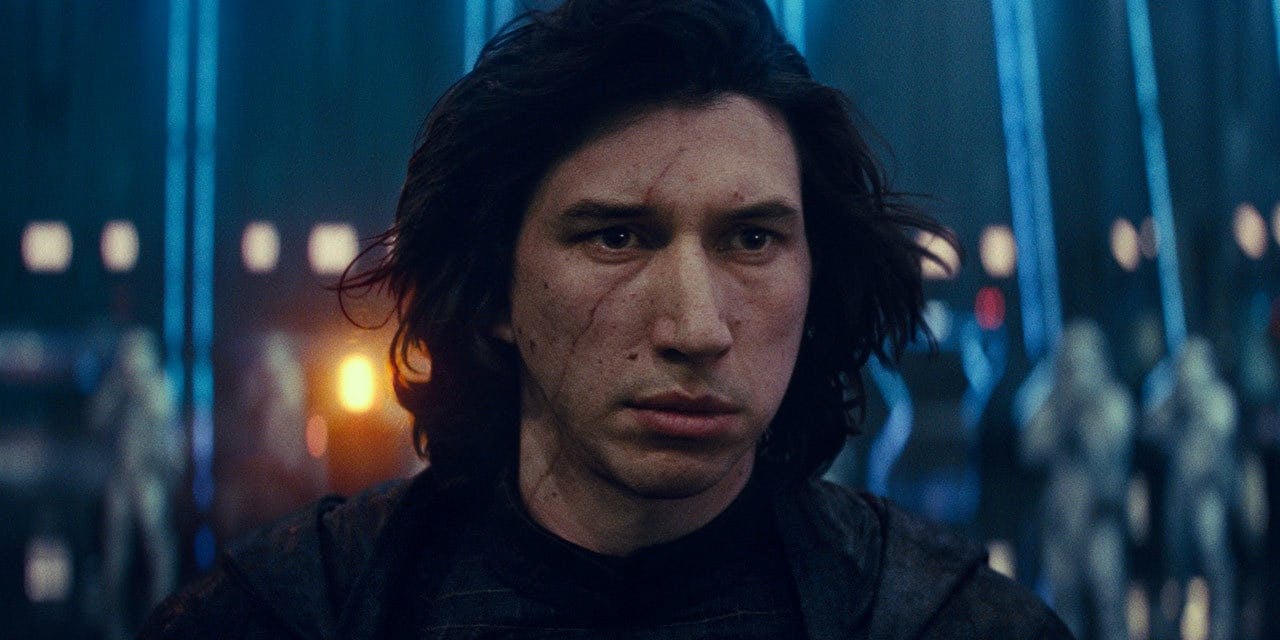 Oh Scorpio, you might be attracted to Kylo’s fiery energy but we worry you might not be able to handle his fiery outbursts. He is pretty ruthless when he wants to be and that’s just not what we need this holiday season! Go find yourself someone that has a little bit more patience. 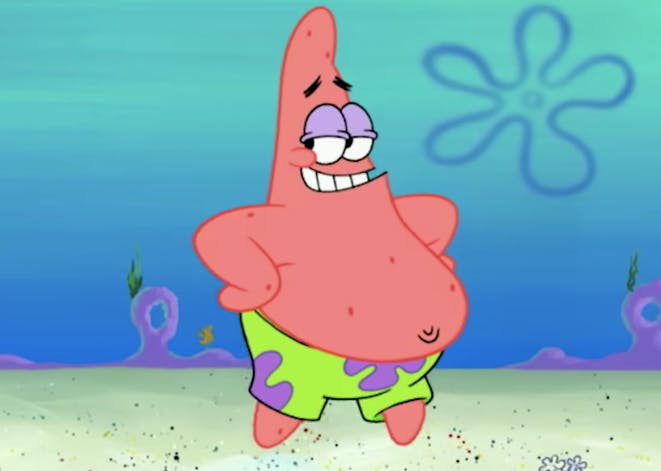 Most people are looking to meet someone as kind and hilarious as Patrick Star but not you Sagittarius. Your spontaneous and fun energy is no match for Patrick’s laziness. He may not be the best match for you personality-wise but at least he can probably make you laugh! 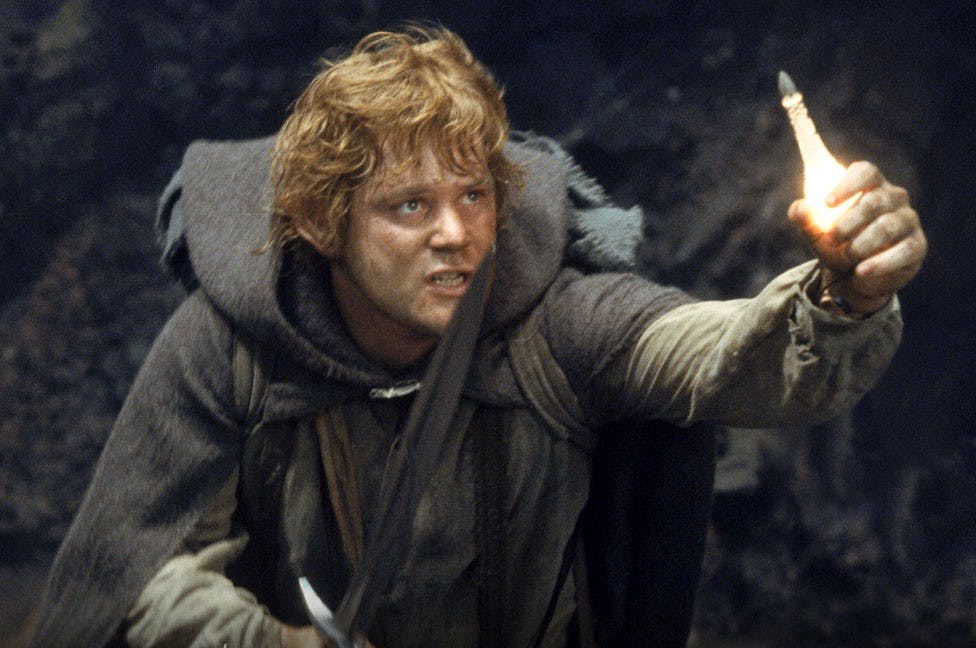 Most people are looking for a kind and humble partner like Samwise Gamgee but not you Capricorn. We know you don’t do humble. You’re looking for someone that is as ambitious and driven as you are. Just give him a chance! We think you’ll get along great. He may be simple but he is very loyal and clever! 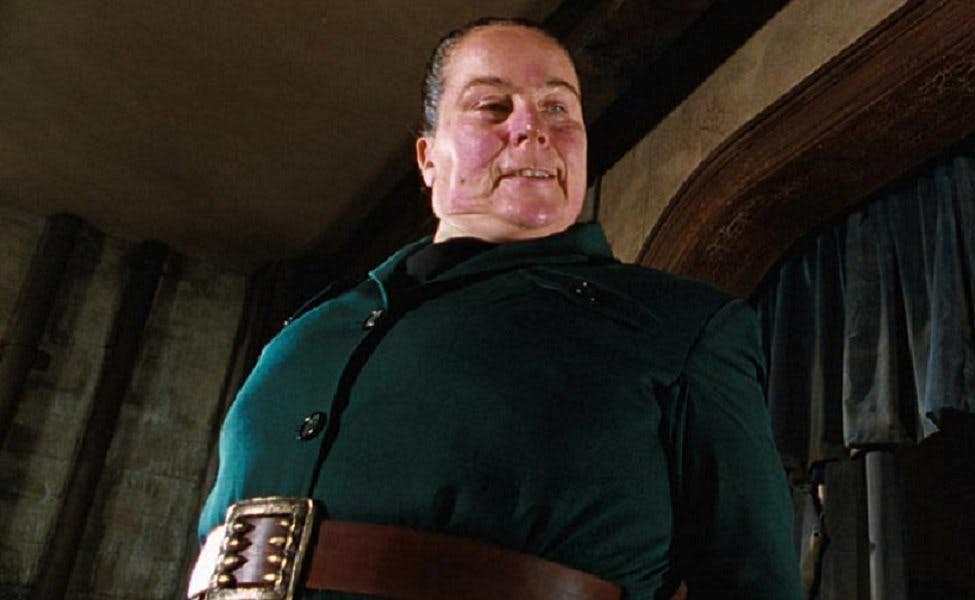 Do you thrive off of artistic freedom, have a quirky personality and think mismatched socks are “in style”? Then do we have a match for you. More like a firestick match that will burn down your house... but a match nevertheless! Ms. Trunchbull, the stern Headmistress of your nightmares is waiting for you under the mistletoe – best not be tardy!