Here at the FAN EXPO HQ, our team is always nerding out over the world of fandom. On Team Picks, we share some of our favorite things we’ve been watching, reading and playing. This month, we’re diving into horror movies.

Like any genre, most horror movies have a formula. The best horror movies find scary and creative ways to surprise you. That’s why this month, we’re talking about which horror movie endings surprised and/or scared us the most.

Because we’re talking about twists and surprises, we have a warning:

With that out of the way, here are this month’s picks: 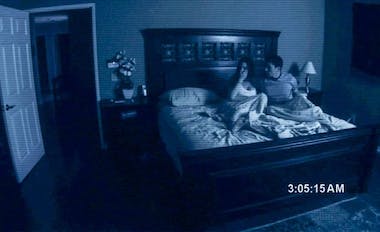 Paranormal Activity. It was the first movie of its kind in terms of the way it was recorded. Since there was nothing else like it, the whole way through I didn’t really know what to expect. It felt so real, like a homemade movie. It just kept on building and getting scarier, right up to the ending when she kills her husband. 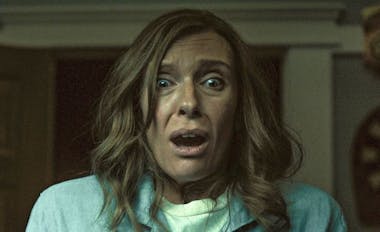 Hereditary. It’s funny, thinking about it now, I don’t even remember the ending in that much detail, but I remember being surprised by it. There was the devil worship and the scene where the woman slices her head off and it travels to the treehouse? So much happened in the last scene or two. 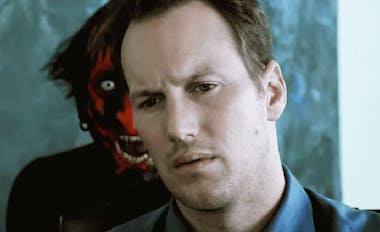 Insidious. The way that the movie made you feel like all of the danger was gone and resolved, but in reality, the characters were all still in trouble. I definitely didn’t expect that the dad would be possessed and kill the old séance lady. I was shooketh. 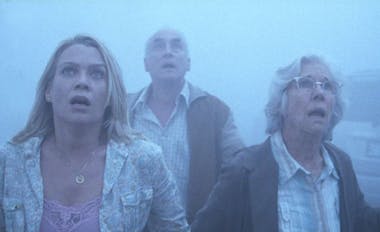 I was a little traumatized by the film ending of The Mist (2007). I read the Stephen King novel as a teenager and loved the story so much, so I was naturally excited when the movie came out. Little did I know I was in for a big surprise. The book ended on a minorly positive but open-ended note, with the protagonist, Drayton, his son and three other survivors driving off into the mist in search of a safe zone. The movie has a much more sinister ending. The story keeps going and the car runs out of gas. Rather than waiting for monsters to come for them, the group asks Drayton to shoot them for a quick death, starting with the son, who wakes up just in time to see the gun pointed at his face. Since there are not enough bullets, Drayton runs into the mist, hoping for a death by monsters, only to see the military emerging out of the mist, in search of human survivors. Drayton realizes what he has done and falls into despair. The end. What shook me the most was the realization that if Drayton had just waited another 30 seconds, he would have saw the army and not killed his own son. 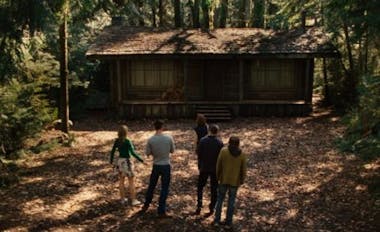 Cabin in the Woods for sure. I avoided spoilers long enough to go in with a blank slate, which was awesome, because that movie starts as a standard horror movie and then starts changing into something else. By the time it gets to the ending, everything is completely meta and off the rails. It’s brilliant.