The too-cute force of nature is still a mystery to fans and the public. We investigate. 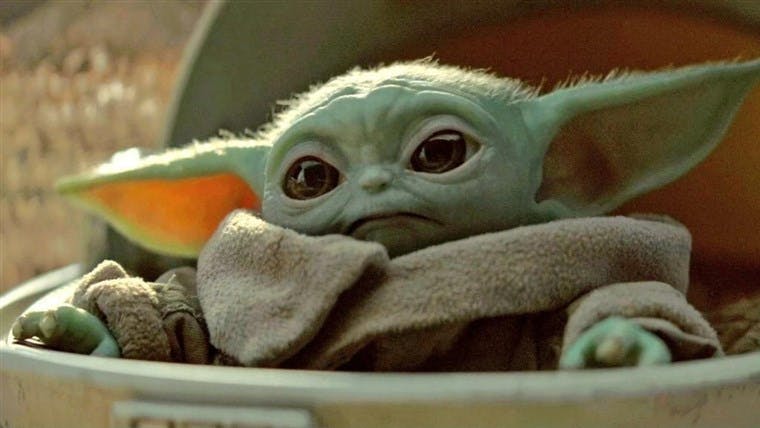 Baby Yoda may have been 2020’s saving grace.

Just knowing that there’s something that cute out there in the world gives US hope. Although our attention may have been pulled in many other directions since he first appeared last year, every time he pops up on our screen, we can’t help but fall deeper in love.

Just look at him.

Learn about Baby Yoda we must.

Let’s inject some unfathomably mesmerizing adorability into our lives again and learn more about this lovable sensation.

First things first, this adorable character graced our screens and hearts in The Mandalorian, the Star Wars television series on Disney + and his name isn’t actually ‘Baby Yoda’. He’s referred to only as ‘The Child’ in the series as the Mandalorian bounty hunter, Din Djarin, is hired to retrieve it for the Imperials. Djarin decides not to leave the Child and the season one arch is the Imperials trying to take the Child from the incredibly skilled and paternal bounty hunter. But enough about the series, we all know what happens in The Mandalorian because we’ve all spent quarantine re-watching it several times to pick out easter eggs that will give us clues for season two, right?

The Child took over the internet and was dubbed Baby Yoda because he belongs to the same species as Jedi Grand Master Yoda, Jedi Grand Master Yaddle, and he is, uh, well, a baby. Or at least, he looks like a baby. In actuality, at the time Din Djarin meets the Child, he is already 50 years old. Since The Mandalorian takes place at the time of 9 ABY, or 3286 LY in the Lothal Calendar (which was the calendar used on Lothal, a planet in the Outer Rim Territories), that means the Child was born approximately in the year of 41 BBE, or 3236 LY, which was 41 years before the Battle of Yavin (Star Wars Episode IV A New Hope). This is also the same year that another prominent character in the Star Wars universe was born: Anakin Skywalker. 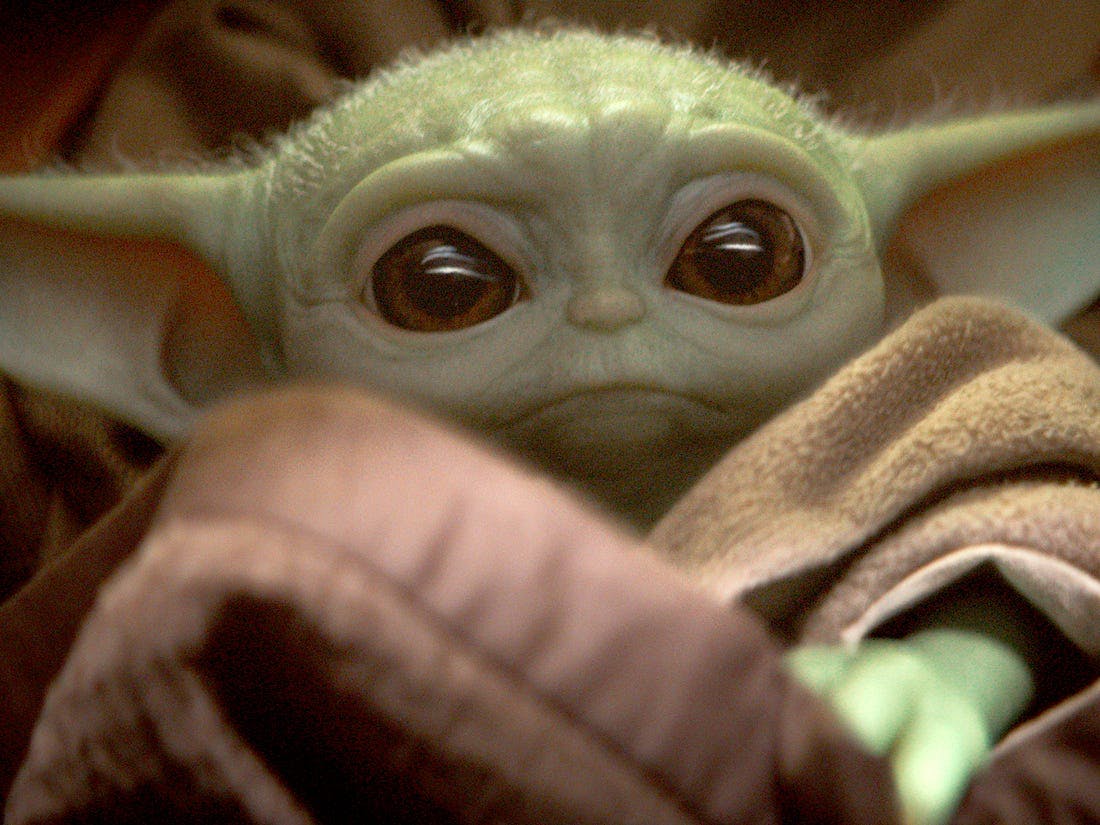 The Child is not Yoda.

Skywalker is said to have been born 41 years before the mission to steal the Death Star plans which was dated 0 BBY. So, future Mr. Vader shares a birth year of 41 BBE with the Child. If you’re keeping up, this means that the timeline of The Mandalorian takes place between the Return of the Jedi and The Force Awakens (according to creator and writer, Jon Favreau, the show is about five years after the Return of the Jedi).  This means that Darth Vader is already dead, and though he’s been named ‘Baby Yoda’ by the internet, the Child is not Yoda.

Just why is the world so hypnotized by the Child, and why can’t I stop myself from saying ‘AWWWW’ out loud every time I see a photo of him? This might come as a shock to you but Disney has mastered the science of cuteness and uses this to manipulate our reactions. Yes, cuteness and the power of it is a real area of study that started in the 1940s with the proposal of ‘baby schema’ (‘Kindchenschema’) by Ethologist Konrad Lorenz. This concept theorizes that certain physical infantile features can motivate caretaking behavior in people – or the ‘squee factor’, as I like to call it. These are attributes like a large head, round face, and big eyes. The higher the perceived cuteness, the stronger our motivation for caretaking is which makes the baby schema response a common function of our social cognition. I don’t think Lorenz could have guessed that adding oversized bat-like ears or green skin to the list of features would increase the cuteness level but Disney sure did.

It’s not only us, the memorized audience, who are enamored with The Child.

In episode five, ‘Practical’, of Disney Gallery / Star Wars: The Mandalorian, the effects of the puppet on set are recounted by the crew and cast and behind-the-scenes shots show the sheer adoration in everyone’s eyes as they’re interacting with him. It might come as a surprise to only a few but Baby Yoda is in fact an incredible puppet; essentially a robot in a silicone skin. The intricate mechanics involve several puppeteers to be operating at the same time, each assigned to specific areas of movements, like eyes, head, ears and mouth, and body. Because of this, the Child seems that much more real, and it obviously proved extra effective when acting across from him (as famed documentary director Werner Herzog and the rest of the cast attest to).

In this same episode, initial concepts of the Child were shown, showing the many variations and alterations the design went through before they landed on their winner. From oversized to just plain scary, the world is beyond thrilled and happy with the finished product that was designed by Christian Alzmann. 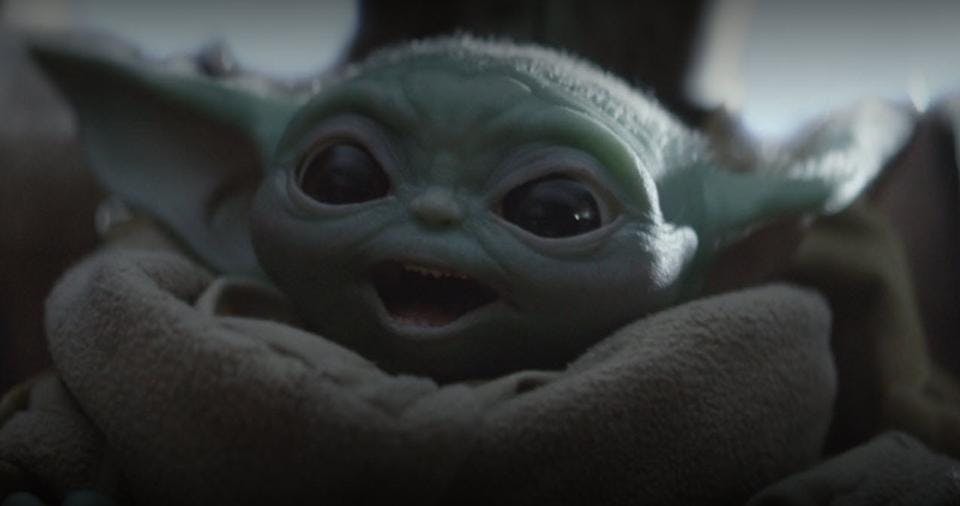 Not much is known about the species of Master Yoda, Master Yaddle, and the Child. The majority of information out there is purely conjecture at this point with even the species’ name listed as ‘Unknown.’ The closest we’ve come to finding out about the origins of Yoda was when George Lucas joked that Yoda was ‘the illegitimate child of Kermit the Frog and Miss Piggy’ (a crossover event that no one wants, but that we would all watch). With Din Djarin on a course to reunite the Child with his species, this means in the next couple of seasons of The Mandalorian, we might find out more about this mysterious kind. I don’t know about you, but I need another fill of Baby Yoda in my life, and while Taika Watiti’s father’s day post on Instagram with him holding the Child worked for a bit, I’m counting down until season two starts streaming.